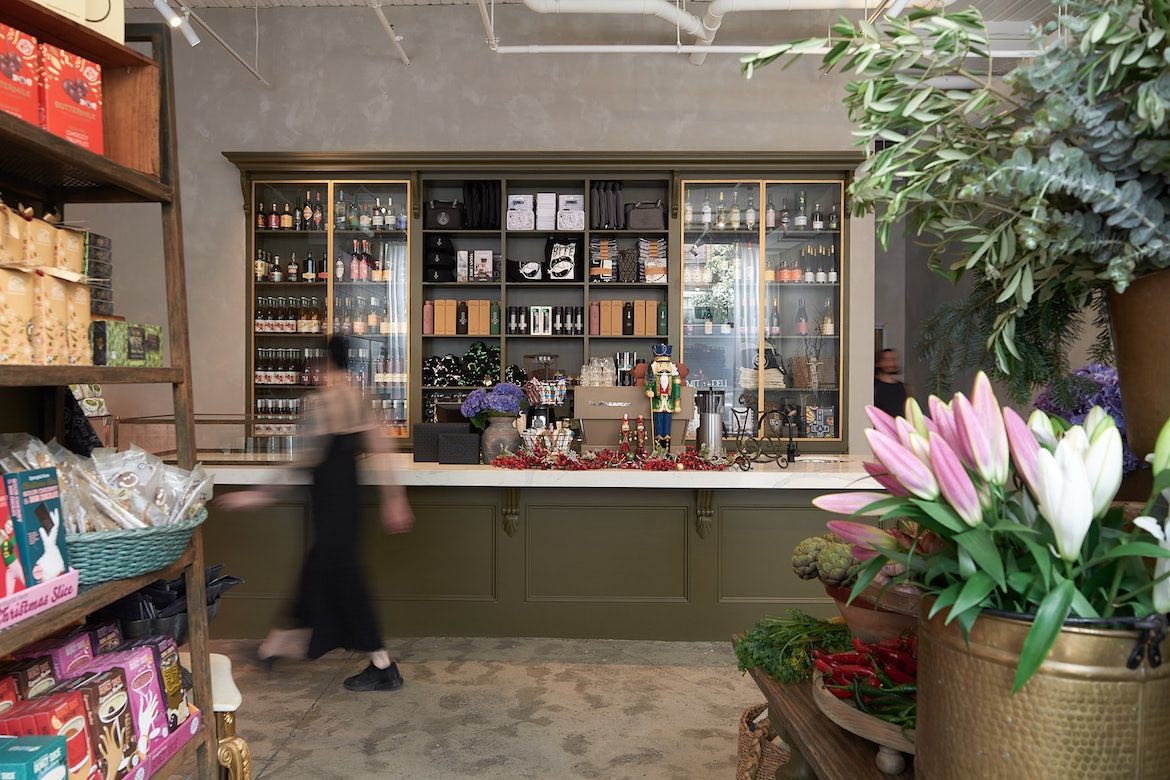 A few years after Shannon Martinez and Raz Rosa established their friendship during a boozy bender in Melbourne’s North, Martinez approached Rosa to help her on a new venture.

“Her initial brief was ‘I want to build the biggest vegan restaurant in the world’,” laughs Rosa, the co-founder of Rosa & Co Fitouts.

“[Martinez] said, ‘I don’t want to deal with other builders, I just want friends and family involved. If you can do it in the time frame and the budget, then let’s do it’,” says Raz – and he didn’t need to be asked twice.

Rosa & Co Fitouts completed the full-service build, from tiling and joinery, to painting and gas setup solutions, while Resident Avenue acted as the architects and designer.

Resident Avenue director Jessica Bettenay was brought onto the project because she had worked with Martinez’s mum many years ago.

“It was really nice to meet her after all these years,” says Bettenay. “We got on like a house on fire.”

The team behind the design of Shannon Martinez’s vegan super-store is high-energy, highly-skilled and thick as thieves. So it’s no surprise that the new Smith & Deli venue is one that brings together high-energy and rich design that is reflective of both Martinez’s style and the fun that the designers and builders had while developing the space.

For Martinez, the venue was about building a space she’d been dreaming of for years.

“I really want to give vegan dining the glamour it’s been missing. People will be overwhelmed by the size, it’s definitely the biggest food hub in the country,” she says.

The Collingwood venue is made up of three distinct sections. First, the Smith & Daughters restaurant, a continuation of the former plant-based eatery that garnered notoriety internationally, which is set to open in the coming weeks.

Second, Smith & Deli, which opens today and will be reminiscent of Martinez’s original deli of the same name. The difference is that now the deli will have an attached canteen, where visitors can select their meals from beautiful La Creuset pots.

“When you walk in, to the left it’s all this proper shop deli reminiscent of Spanish tapas bars and old European delis. And then on the right is the canteen and the middle is the seating area,” says Bettenay.

“Of course, it wouldn’t be a Shannon venue if it didn’t have a twist,” says Bettenay. “There’s a huge mural being painted in there by one of her tattoo artist friends and it’s got a European kind of vibe, the mural, but it’s a little bit edgy.”

The fridge section is tiled with antique-style reproduction tiles, and the joinery is embellished with traditional touches like corbels. A brass glass cabinet sits on top of the coffee machine counter for pastries, and Martinez sourced vintage church pews for seating.

“Getting those sets of plans was amazing because It was so out there in terms of the fit out and everything. We really love getting plans like that where like every single piece of joinery is a challenge, all the tiling is a challenge, even the paint finishes are a challenge,” says Josh Esterhaizen, the co-owner of Rosa & Co.

The limewash walls, for example, from Bauwerk, were specified for all the spaces. Applying it is a three to four step process that’s done by brush. “It’s quite time consuming, but it’s a beautiful textured finish,” says Esterhaizen.

“Everything that Shannon does has a very unique style,” says Bettenay. “Both her and I tend to love that style, which is a very Vivienne Westwood fashion-driven glamour. So it’s highly decorative, highly emotive.”

A bronze chain mesh curtain separates the function room from the restaurant. Maroon marble tiles are the backdrop of the kitchen. Kvadrat and Warwick fabrics, including florals, houndstooth and leopard prints create a “textural clash”.

The fit-out is entirely vegan and while this proved tricky in sourcing some materials, it also led to an extensive level of innovation – and some unexpected additions to the project.

“One of my biggest challenges on the project was to deliver that fashion driven content without being able to use natural wools or leathers,” says Bettenay, with tartan – generally made from wool – proving particularly difficult.

In the end, tartan wasn’t viable in the time frame, with the lead time on linen tartans from Europe being too long. Instead, Bettenay settled for what she describes as a “houndstoothy-tartan base with a floral overtone” as the carpeting in the function area.

The build hasn’t been easy. Snap lockdowns in the construction industry delayed the process, and the current timber shortage is an ongoing problem. With Martinez requesting both gas and charcoal cooking systems, Rosa & Co also needed to devise a solution for the ducting, as the two legally can’t run in the same system.

Despite the challenges, the team has delivered an exceptional space, bringing to life Martinez’s dream with delicious and epic finesse. 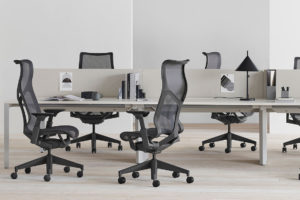 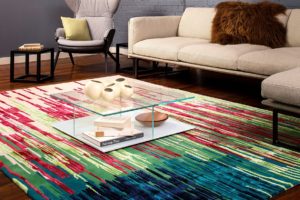 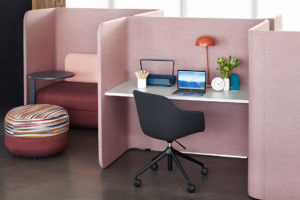 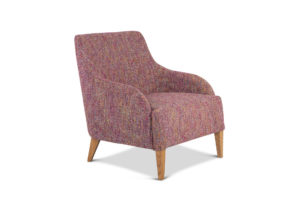