Get your head in the cloud: Western Sydney University by Woods Bagot

Integrated technology might be common in the workplace, but in education spaces it’s still a fairly new phenomenon. At Western Sydney University, Woods Bagot’s vertical campus design raises the bar in more ways than one.

Connection, collaboration and interaction – all readily identified with the contemporary commercial workplace. But universities? Not really.

Things are changing, though, as universities respond to new technology and the cultural change it brings, along with greater sensitivity to what works and doesn’t work in a teaching/learning environment. 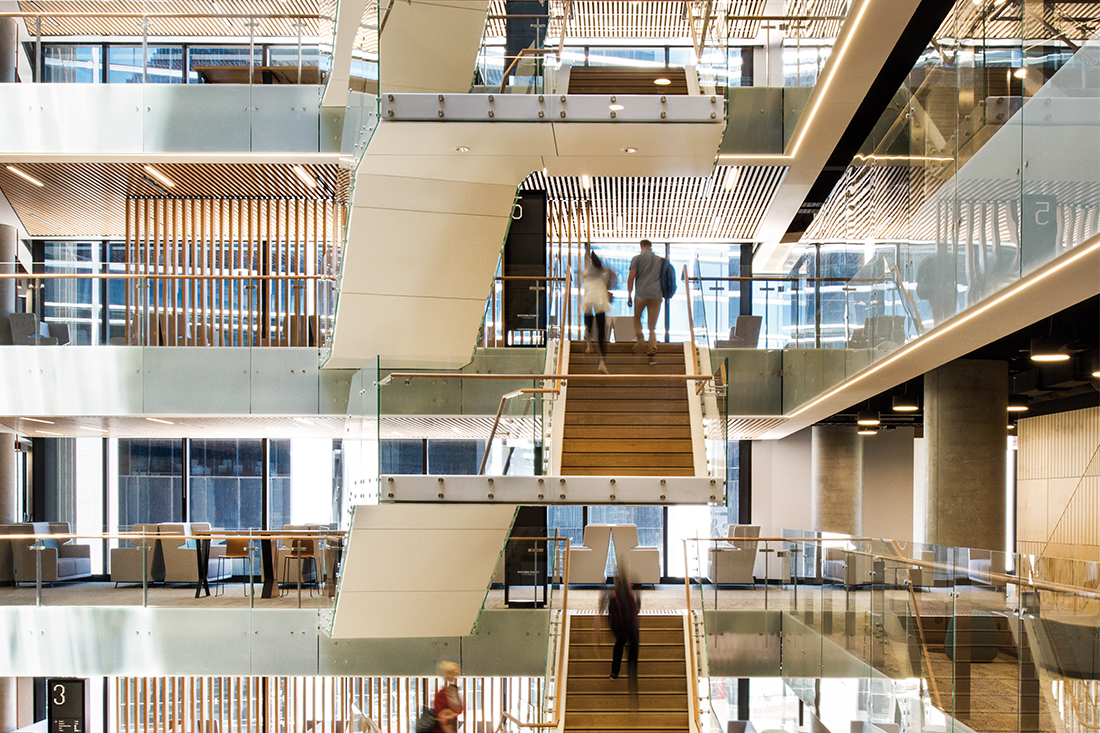 Right from when the University decided to occupy the new building (designed by Architectus) in the massive Parramatta Square development, the aim was for a campus that connected with the city and for a learning environment which reflected the open, collaborative and interactive nature of the new workplace. 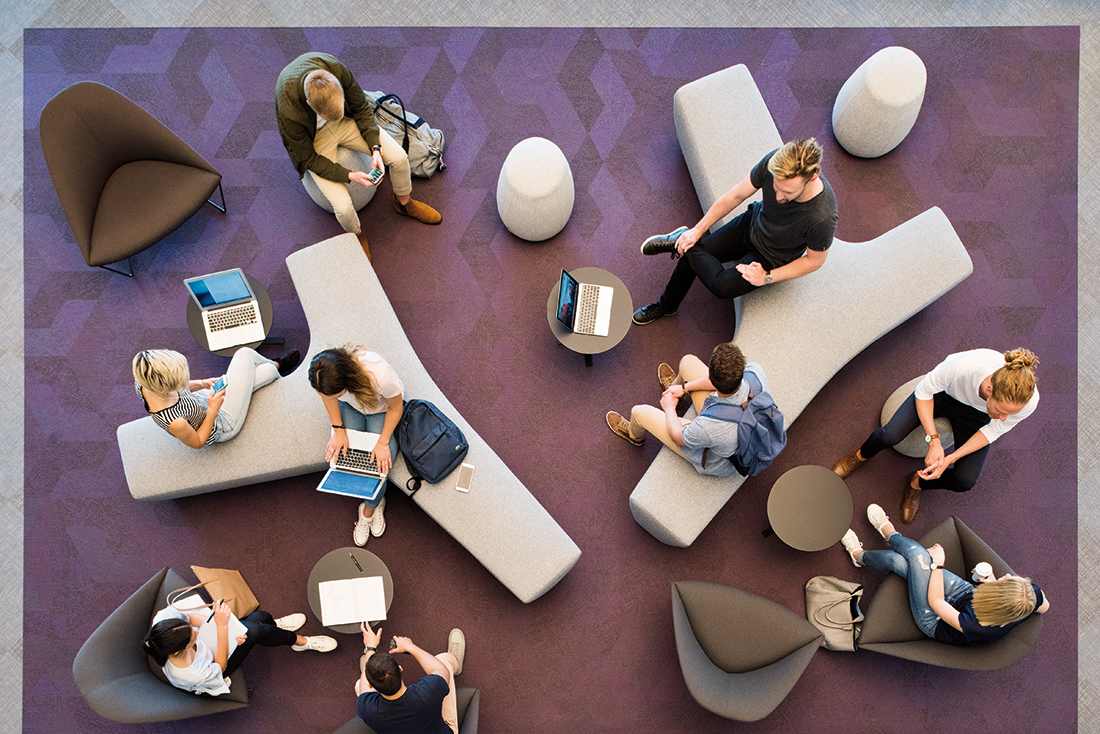 “When we started it was a very open brief,” says Alex Wessling, part of the Woods Bagot team who designed the interiors. “It was clear the university would be in the building, but how it would be occupied wasn’t clear. It became ‘course agnostic’, but we worked closely with the university to figure out the right teaching model.” 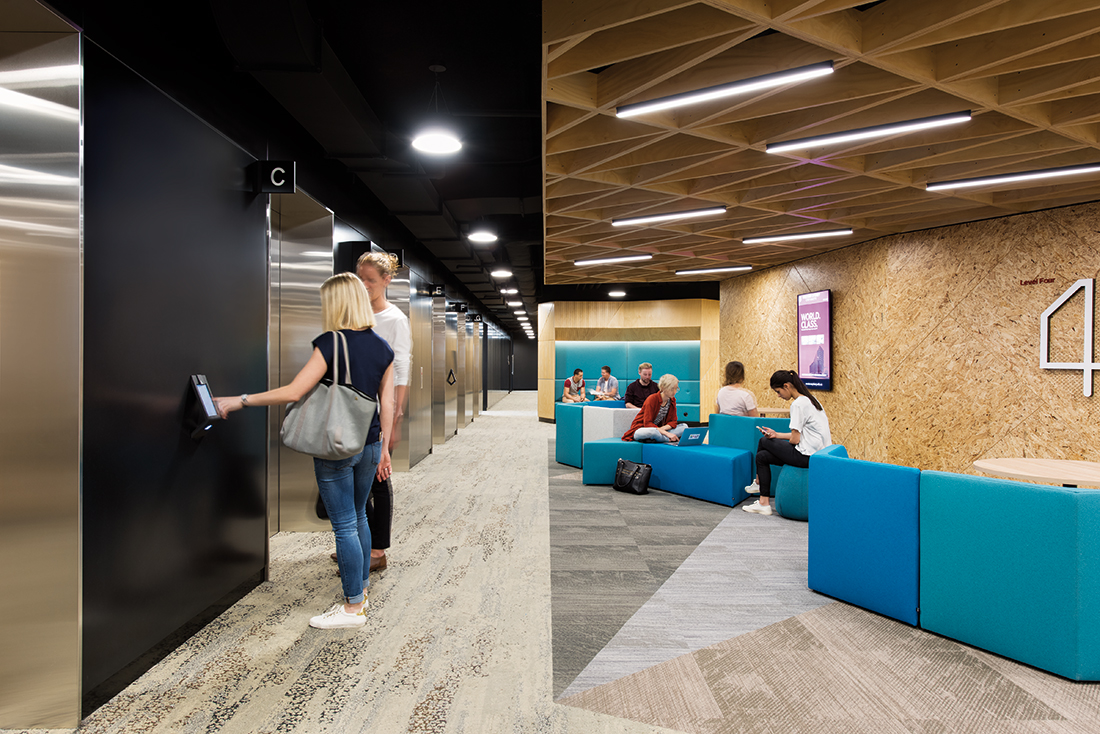 In the event, the Business School occupied most of the University’s tenancy – Levels 2 to 10, with a mixed-use ground floor entry (retail, hospitality and commercial lobby) and commercial and government tenants on the upper floors of the building.

Just as the new workplace embraces a diversity of work styles, so WSU’s new vertical campus caters to a diversity of learning strategies. In fact, as Craig Smith, the University’s Manager of Commercial Operations, puts it, the campus “aims to be welcoming to a diversity of people, paralleling the character of Western Sydney”. 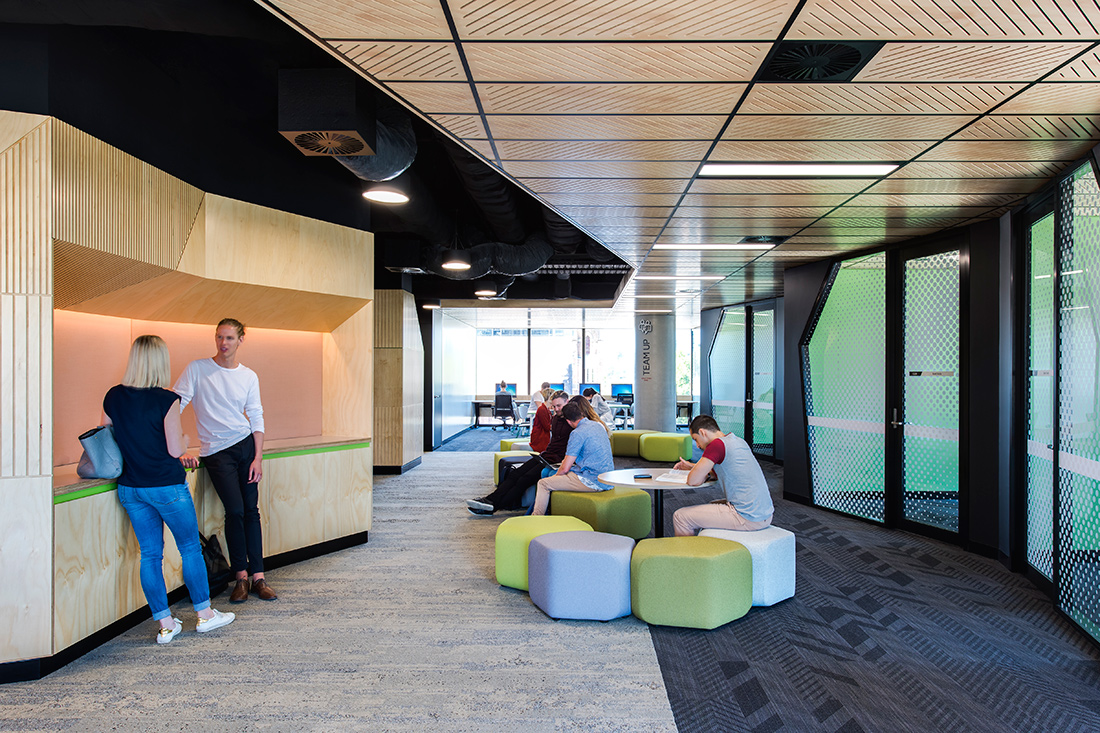 And to ensure that the sense of connection is not lost in a vertical campus, the interiors are highly transparent, especially on the lower levels where a bold, glazed void with floating connecting stairs and glass balustrades makes for a unified, light-filled and all-embracing space. 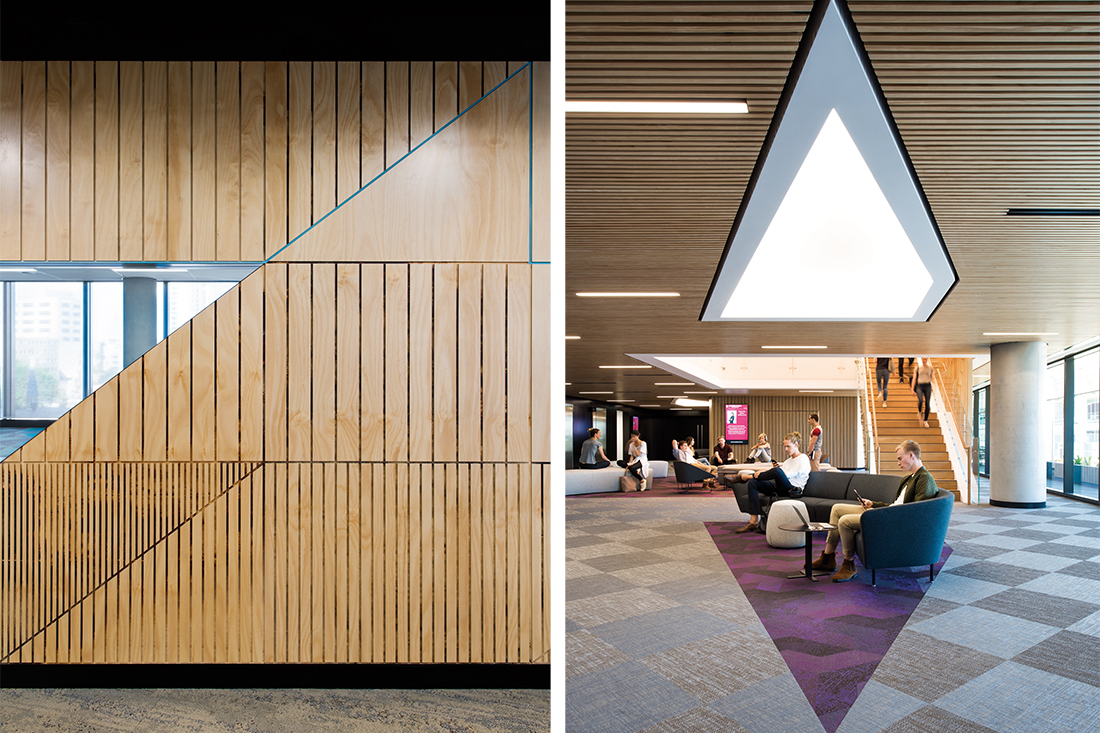 Get the specs for this project here. 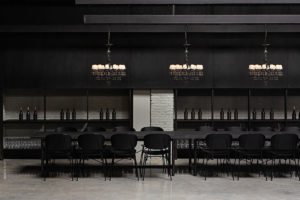 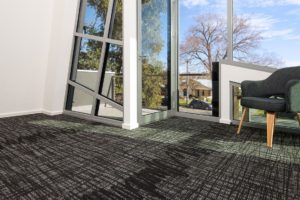 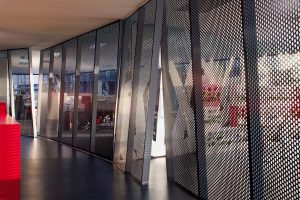 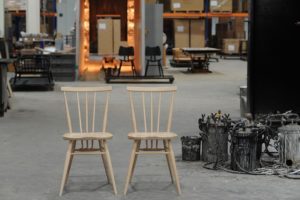