An architectural hall of mirrors hits the Powerhouse Museum

Four Periscopes by TRIAS is the first-ever Turbine Hall Architecture Commission, and it will change the way you see the museum.

When I first meet Jennifer McMaster of TRIAS architecture studio, she is upside-down in a mirror waving. We’re strangers, but both of us are smiling broadly at each other like old conspirators. I guess this is the inevitable result of meeting someone through a periscope.

This is the first time her and her colleagues — fellow TRIAS founders, Casey Bryant and Jonathon Donnelly — have seen their Four Periscopes project complete. Last October, the trio was announced as the winner of the inaugural Turbine Hall Architecture Commission, launched by Sydney’s Museum of Applied Arts and Sciences (MAAS). Now, on the launch night of Sydney Design Festival, it’s finally complete, strung up in the Powerhouse Museum’s Turbine Hall space after a gruelling one-week installation time. 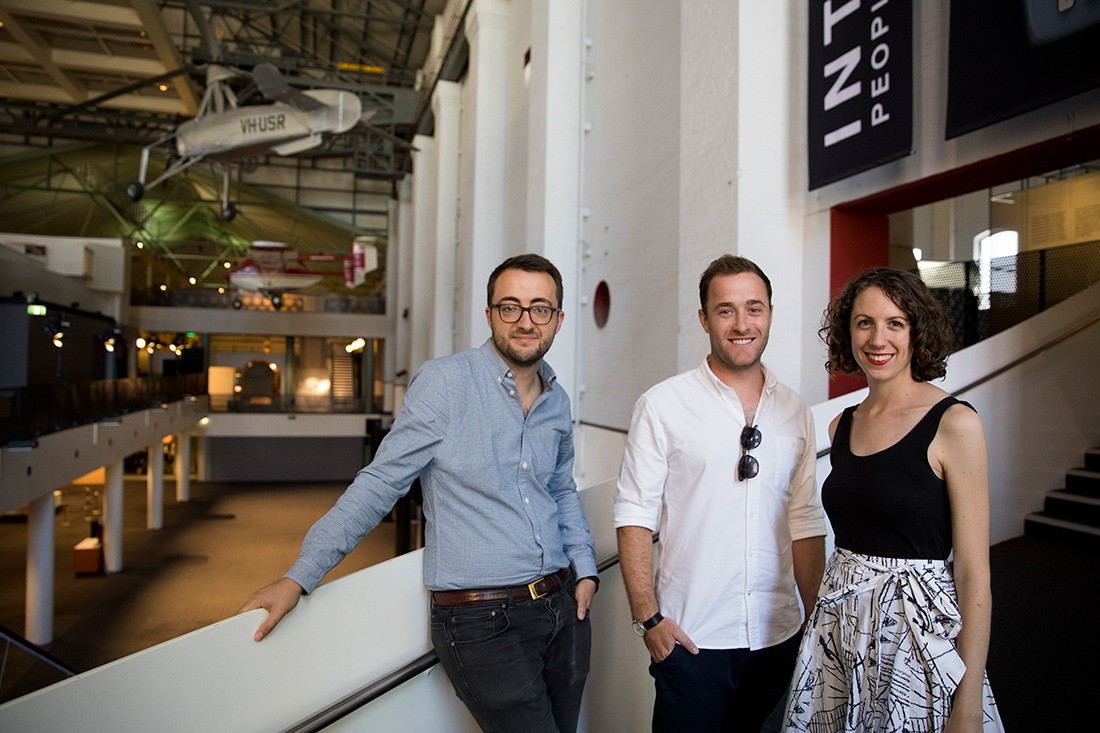 “We were talking to the director of the Powerhouse Museum, saying that it felt like we’d crammed a twelve-month program into three months, and she was like, ‘You shouldn’t feel like you did that. You did do that’,” laughs Jonathon.

“There’s something really nice about that,” says Jennifer. “There’s definitely something to be said for the quickness of that process, and particularly when you’re doing quite conceptual works — a category that [Four Periscopes] definitely falls into — because it means you keep things really simple. Sometimes, what’s simple is best.”

Although Four Periscopes might look like a simple accumulation of structures at first glance — four plywood prisms with gold-hued openings — the architecture commission proves the old axiom that sometimes, simple things can hide the most complexity. Suspended in the three-storey void of Turbine Hall, the project connects the levels of the museum with its intricately mirrored interiors.

.
Suspended in the three-storey void of Turbine Hall, the project connects the levels of the museum with its intricately mirrored interiors.
.

Each prism gives viewers a different perspective: in one, they might look up from the ground floor and have their sight redirected 45 degrees to see someone standing directly above them on the first-floor balcony. In another, they might be tricked into thinking that someone on the next level is hovering 15 metres above their head.

One of the things MAAS was looking for when they launched the inaugural architecture commission was a way to use the neglected Turbine Hall space, but also for a means to connect the museum as a whole. Four Periscopes succeeded because of this ability to provide an immediate connection through sight.

“Out of all the submissions, we saw Four Periscopes and were like, wow,” says Peter Denham, MAAS Director of Curatorial, Collections and Exhibitions. “We have such an encyclopaedic collection and a wide focus, and so one of our challenges has been how to get real focus within the space. With this [project] and how it facilitates the travel of light, it brings everything together.”

.
“Out of all the submissions, we saw Four Periscopes and were like, wow.” – Peter Denham, MAAS Director of Curatorial, Collections and Exhibitions
.

“When we received the commission, we were given the space as a brief,” says Jennifer. “So we were very much responding to the nature of the space, and we were also responding to the brief of Common Good, the parallel exhibition that’s running in the Sydney Design Festival.

“The first thing that struck us was the nature of this space; that it has a sort of grandeur and verticality that wasn’t being experienced. That was a really critical part of responding to the brief, to have something that would do justice to this as a space and a volume — and also to encourage people to move around the museum and explore the spaces that it has to offer.

“In terms of the theme of Common Good, to us, the good that architecture can achieve is about connecting people, and encouraging people to interact and to communicate with one another. We really latched onto this idea of periscopes [to produce] mirrors and mirroring effects that are somewhat subversive. Instead of peering inside and seeing yourself and having this narcissistic engagement with a mirror that’s typical, you get to see someone else. There’s this sort of playfulness and curiosity that can emerge from these kinds of unexpected interactions.”

.
“We really latched onto this idea of periscopes [to produce] mirrors and mirroring effects that are somewhat subversive.” – Jennifer McMaster
.

Significant from both an architectural and ethical stance, Four Periscopes addresses waste through being completely reusable. Each of the four prisms is made up of a plywood-clad steel frame with mirror panel inserts. They are designed to be disassembled, reassembled and reimagined into a variety of different structures, including outdoor pavilions and hubs.

“We essentially ensured that the construction could be taken apart — both the sheet materials and the steel substructure — and we envisaged these being reassembled as a series of pavilions,” says Jennifer. “We’ve come up with different models that provide different ideas for how it could be reassembled as an outdoor installation that reflects views across a courtyard and up into the sky. All of the plywood gets reused as flooring, and every single sheet and cube is accounted for.”

“It was also critical for us that these [subsequent structures] didn’t look like an afterthought; that they were designs in and of themselves,” continues Casey. “In the global scene of pavilions, we wanted them to be able to hold their own, even though they were made from all recycled elements.” 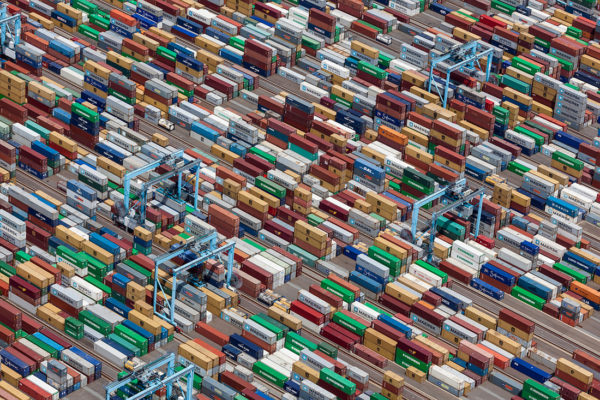 Civilization: The Way We Live Now captures urban life and the human condition

Now open at NGV Australia, Civilization: The Way We Live Now is a photographic exploration of the globalised world – including people, movement and of course buildings. 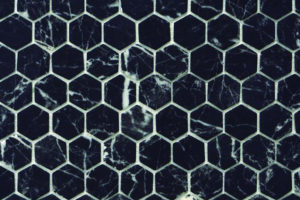 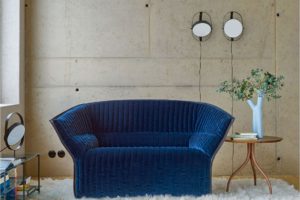 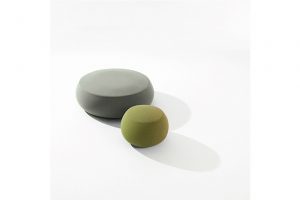 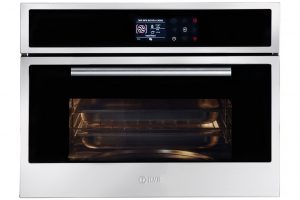 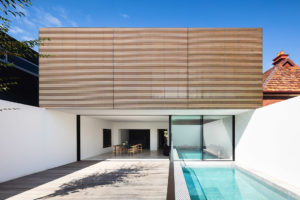 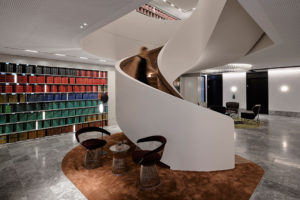