“Can We Work Here Too, Please?”

Forget every workplace strategy you’ve ever come across – all that employees really want is to stay in bed all day. Let’s give them what they want… Casper HQ by New York-based Float Studio sure does – and we’re hugely jealous.

Imagine a workplace where you’re not only allowed, but encouraged to keep your butt in bed alllllllll day. U.S. mattress company Casper now occupy a new NYC headquarters where employees can have meetings or take naps on beds provided at the office. They are literally living the dream.

Designed by local firm Float Studio, the designers were charged with kitting out the new two-storey office space in New York’s famed Flatiron District. In a recent interview, Float noted how they, “drew a lot of inspiration from some of the line drawings used in the NY subway campaigns. We liked the tone-on-tone blues used in the illustrations and used that as a direction for the palette and materials.”

Studio partner Nina Etnier further explains that in their concept for Casper, they really wanted to incorporate the brand’s focus on sleep into the design, so used colours to make the main level resemble the morning and the upper floor suggest night.

This approach was accomplished in a number of ways. On entering the offices for example, the glossy purple desk and the blue-stained oak partition behind it are consistent with the pale palette on this level.

Being somewhat of legacy piece of architecture, Float needed to embrace the existing structure of the space. This was a particular challenge for the “Town Hall” area, which prior to the redesign had been a set of small rooms, which blocked natural light from reaching the larger section.

“The reception and town hall required the most reworking,” Etnier said. “We needed to open it up to provide enough space for the entire team to congregate as a whole.”

The designers saved resources elsewhere by exposing the ceilings and leaving much of the brickwork revealed. This also brightened the interior and contributed to the morning-like quality of the main floor.

But while preservation was one of the goals, designing for growth was another.

“A company’s culture that previously felt intimate can spiral out after the company experiences rapid growth,” said Etnier. “The Town Hall is a place to draw the increasingly divergent teams together.”

Two lounges along the external wall complete the Town Hall area. They open out onto the floor without interruption, allowing light from the windows to reach the rest of the office.

The studio placed the third blue volume within the main open workspace, behind a brick wall to the right of the reception. Inside, three beds offer places for employees to conduct informal meetings or catch up on their sleep.

The entire design is – quite literally – a dream land, and we would love to see the agile concept adopt this element of ‘rest’ and even ‘sleep’ into its repertoire. 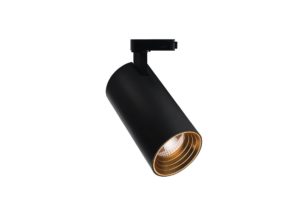 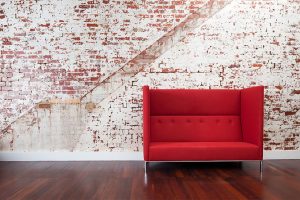 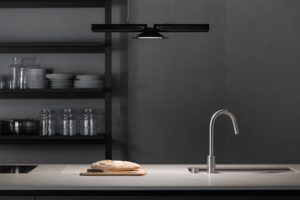 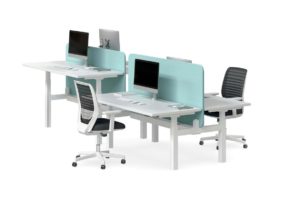 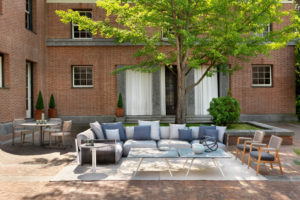 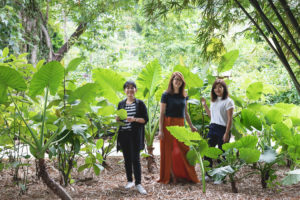