Can the Design of a Library Inspire Architectural Thinking?

For Melbourne-based practice Branch Studio Architects, education projects are not only a chance to improve school facilities and environments, but an opportunity to introduce students to architectural thinking – whether they know it or not. Branch Studio has recently completed Quaine Library at St Monica’s College and the refresh and redesign of the building has restored the 1960s modernist-inspired box to its former glory while creating a functional and accessible library with a ceiling that serves a decorative, pragmatic and acoustic purpose.

As a large open box, Quaine Library was acoustically challenged, unconducive to multiple library functions and had no sense of zones. Branch Studio’s approach used joinery insertions to divide and define space, and a ceiling treatment for continuity, acoustics and zoning. “We liked the idea of the ceiling being a landscape of sorts,” says Brad Wray of Branch Studio Architects, so the design team researched the history of the ceiling as a decorative and architectural element, including the frescoes of Sistine Chapel in Vatican City and opulent wood inlay of Scuola Grande di san Marco in Venice.

Responding to the utilitarian form of the modernist building, Branch Studio looked to Robert Rauschenberg’s ‘White’ series of 1951. As Brad describes: “The series’ were typically a uniform size, modular and pristine white. The works were often configured in a number of panels using subtle shifts in a repetitious modularity to create light and shadow play through what appeared almost en bloc rather than individual canvases. Rauschenberg described the series in May 1999 as ‘Clocks’ as they had the ability to display the time of day, the weather outside and how many people were in the room based on the shadows’ qualities projected on them.”

.
Following this line of thinking, Branch Studio designed the ceiling panels to serve a decorative, pragmatic and acoustic purpose.
.

The ceiling is composed of repetitious acoustic panels inserted into a standard grid system, with perforated triangular pieces fixed diagonally and a small tapered fin projecting off the end. En masse, the panels create an undulating landscape that responds to form, light and shadow. “From one angle, there are dynamic elements of the triangulated crystalline, and from another an ornamental feathering and flattening,” Brad says. “There is an overlap between the romanticism of the decorative and the utilitarianism of Modernism.”

The descending triangular panels define key functional areas of the library, while flat panels identify circulation zones. Lighting battens are integrated diagonally within the panels, and a series of pendant lights give hierarchy to areas of importance.

.
At ground level, the space is configured to maximise natural light and a passive visual connection between staff and students.
.

Outside, Branch Studio restored the existing shell of the building, removing ad hoc additions, applying a simple coat of white paint, and incorporating an external stair and canopy that takes its formal cues from Modernist traditions. Students now have complete access to the library throughout the day, exposing them to architectural thinking that may consciously and subconsciously influence them. 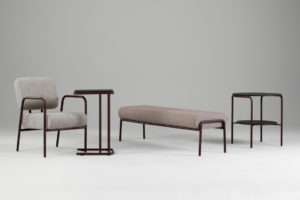 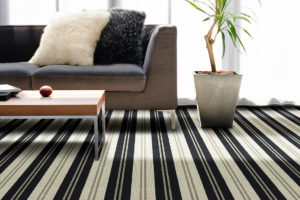 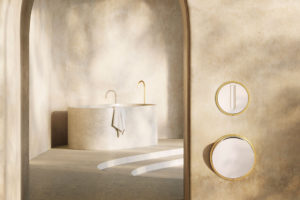 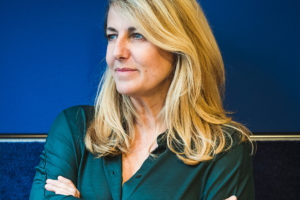 As we teeter on the edge of rapid and volatile change, we look to one of the global industry’s leading lights for insight and direction. 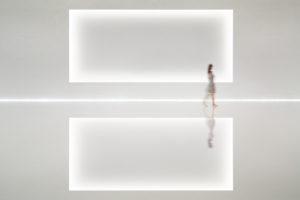 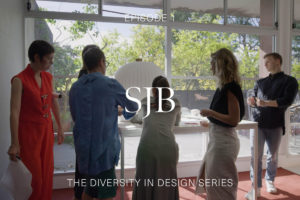