And they say that print is dead… HA!

Build your brand equity. Seduce your audience. And get to market, to market!

Recently, industry and market research know-it-alls Roy Morgan turned their eye to the role that print plays in Australian markets. In all its forms – educational literature, magazines, pamphlets and much, much more – there is one piece of marketing collateral in particular which is making a significant comeback.
Any guesses?
The humble catalogue – a fixture on many a living-room coffee table of the last 30 years – is beginning to come back into its own in the second decade of the Twenty-First Century. You see, Roy Morgan’s premium number-crunchers have found that catalogues reach a staggering audience of over 18.3million people every week. If that’s not a guaranteed sign that catalogues are swiftly becoming the strongest piece of collateral in your marketing arsenal, then I don’t know what else I can tell you.

Actually, scrap that – because if you don’t believe me, then get a load of THIS:

While the digital newswire and magazines (in particular) are still leading the charge in the most effective marketing – and definitely maximising on your ROI – other previously heavyweight marketing platforms are showing signs of weakness. Thanks to die-hard streamers, pirates and off-shore torrenting (not to mention to preternaturally successful penetration of Netflix into Australian homes), television marketing activities have fallen enormously in recent years. Now barely reaching an audience of 14million viewers, it’s hardly surprising that companies worldwide are redistributing their marketing budgets across content agencies and social media platforms to reach their target audience. What is extraordinary about the dwindling influence of televisual marketing is that (of all things(!)) the penetration of commercial radio has finally bumped off the bottom of the list to reach a surprising audience level of 14.4million listeners – a radical reversal of platforms we have not seen the likes of since the post-war years when televisions were a scarce piece of technology in Australian suburbs.

Sure, there’s a lot to be said for Gen-X and Gen-Y’s adoration of the digital world. But there’s also a lot to be said for those same generations’ desire to interact with more material marketing collateral. In a remarkable 2013 study conducted by ADMA and APost, Australian consumers falling between the ages of 18 to 40-years old displayed a pointed preference for engaging with print marketing collateral over its digital, audio or televisual counterparts. An incredible 72% of surveyed individuals stated that they were more than likely to retain the print collateral in their possession after initial reading to refer to again later. Meanwhile, that same group were tested for the duration of time they spent with print collateral as opposed to other marketing platforms. On average, the median length of time that focus group spent on digital/televisual/audio marketing options was less than 15 seconds in total – print, however, garnered a 48% engagement increase by comparison.

Last year I reported on how the American Presidential Election has affected the architecture and design industry. The influence of digital and social media on the outcome of that election cannot be understated. What is shocking, however, is the extraordinarily low vote of confidence the marketplace now holds for those marketing channels. A recent study found that trust in marketing and media platforms throughout USA in the now Trump-Era has nosedived to below 32%. Naturally, the results aren’t quite so dire in Australia – but they’re not entirely dissimilar either. Print marketing activities retain one of the highest levels of trust for end-consumers and decision makers, deemed to hold greater credibility than other marketing avenues. In fact, over 70% of consumers will trust print marketing to such an extent that they’ll choose to keep it in their homes or workplaces for over a month, and 34% of whom will hang on to those items for over a year.

The inherent success of print exposure and marketing is something which the Australian A+D community is beginning to embrace to a greater and greater extent every year. At the beginning of 2017, local manufacturer and supplier of commercial furnishing – Krost – released their portfolio of designs in an annual catalogue. To add value to their service, Krost sought to give value back to their clientele … simply by giving them something they obviously value themselves.

The 2017 Krost Business Furniture Catalogue (pictured) aims to provide an intimate one-on-one conversation between the commercial sector and the Krost brand. Through an admixture of crisp photography with a rich depth of field and the tactility of glossy stock, their catalogue appeals to the intellectual and emotional connectors of the reader. This catalogue’s predecessor last year took home the coveted Australian Catalogue Association (ACA) Best in Class Award for B2C Office Supplies (taking out some pretty heavy competition too!). Once again, the team at Krost have approached supporting the market for design with stunning creative, informative material and prose in their 2017 catalogue – conveying a degree of technical details which would heretofore have seemed overwhelming.

In their own words, “we want to make it easy for you”. Where “it” might mean work, decision making, or peace of mind, in any case (or indeed, all cases) Krost have once again demonstrated remarkable foresight and ingenuity in their space.

Print certainly isn’t dead – and if you don’t believe me, check out the Krost catalogue for yourself. 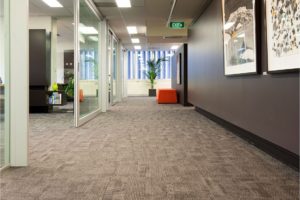 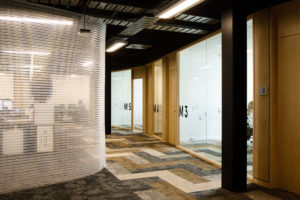 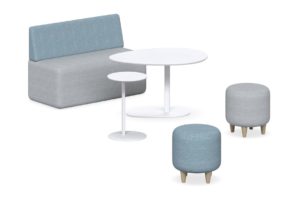 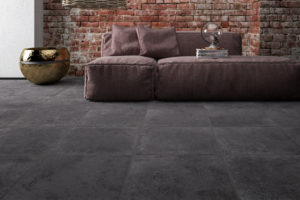 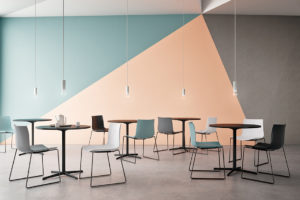 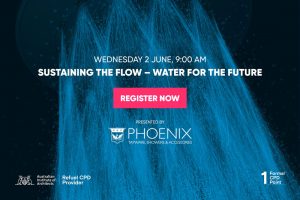