You Won’t Believe What The Queen Of Green Design Has Created! – IDL

When it comes to sustainable design initiatives, Sarah King (or Sarah K as she is better known) is somewhat of a superstar. In 2011 she joined forces with Liane Rossier, co-founder of jewellery and homewares brand Dinosaur Designs, to establish Supercyclers – an ever-growing collection of international designers focused on building a sustainable future into the products they create.

Sarah’s latest project, on which she collaborated with fellow Supercycler Andrew Simpson, is certainly surprising – not to mention ingenious, brilliant and very inspiring. The pair have taken the unsightly plastic waste that’s collected from our beaches after being dumped out of the Great Pacific Garbage Patch, and transformed it into a stunning 100%-recycled material called Marine Debris Bakelite (MDB); so named because its marble-like quality resembles that of early Bakelite in look, weight and density (above).

The first product manufactured from this exquisite material was the Marine Debris Bento Box, which launched at Tokyo Design Week in 2015 – the proceeds of which are now being used to fund an entire collection of stunning MDB table-top items imagined by designers from across the globe. The production of this new range will be staggered – starting with the smaller, more manageable pieces and moving onto the larger, more challenging ones, with MDB cups by Kirstie Van Noort and small plates by Formafantasma available to pre-order this July. Subsequent pieces will include a serving bowl by UK designer Jasper Morrison, a pair of chef’s tweezers by Marti Guixe from Spain and a water jug by American-Australian designer Jonathan Zawada, among other items.

As Sarah says, this is an Australian project making an international impact – one that results in affordable, iconic design whilst cleaning up our oceans! However, this isn’t her only project focused around sustainable manufacturing; Sarah has also just collaborated with Gibbon Group – a company passionate about protecting our environment – to create a stylish range of custom rugs using Ireland’s famed Tretford range. As with Gibbon Group’s entire portfolio, Sarah K’s custom creations for this inspiring project are made using the highest grade, Cashmere goat hair from natural, sustainable resources. From the mountainscapes of Mongolia, nomadic goatherds harvest the cashmere individually by hand. This sustained attention to preserving traditional craftsmanship has been applauded for generations, allowing the final product to achieve a protracted durability coupled always with a high degree of comfort that proves equally suited to this small scale weekend retreat as well as significantly larger scale professional environments.

Aside from their incredible beauty, these custom creations serve as a vital reminder that design brands and custom design companies can play a pivotal role in sustaining the viability and traditions of indigenous communities and customs the world-over. This was one of the key drawcards to collaborating with the brand, says Sarah. That and the fact that all the goat hair used in their carpets is dyed without bleaching, thereby eliminating the use of harmful toxins.

This project between Sarah and Gibbon Group’s in-house design team has resulted in a striking collection of rugs featuring bold graphic lines and contemporary colours. “The end result is undeniably a very graphic look, and initially I was concerned that this very graphic nature would make it difficult to pair the pieces with furnishings and the whole design scheme”, Sarah says. “It’s definitely a very bold accent in the space, but I’ve been surprised at just how versatile it can be when placed alongside a whole range of different design elements”.

“I have been aware of Gibbon Group and Tretford for many years – in fact, I grew up with their ranges! Always highly durable but still equally beautiful, the richness of colours and the depth of detail that Gibbon Group is able to achieve comes as a much-needed resource for the design community. When we began collaborating, the Gibbon Group design team were already working on a different range that these pieces ended up dovetailing with seamlessly. The whole process was one of great synergy”. – Sarah King.

Produced locally in Australia through Gibbon Group’s Brendale custom design studio, there are eight circular designs comprising two half hemispheres of block colour (available in three sizes); one small, round charcoal rug and a soft-grey rectangular rug. Whilst they look great individually, they also work beautifully together to create an eye-catching, vivid décor. “It was really great being able to work alongside the Gibbon Group design team. The pieces are in situ among other designs by local studios like SKEEHAN Studio and Henry Wilson Studio, so the inclusion of Gibbon Group’s custom-designed rugs really heroes a narrative of our local community’s design prowess”, says Sarah.

Sarah K is undoubtedly one of the most inspiring designers of our time. Not only is her work highlighting sustainable manufacturing on the global stage, she delivers her creations in a truly innovative and unique fashion. And we think that anyone who chooses to see the plastic waste washing up on our shores as a resource for creating beautiful products deserves high acclaim indeed! 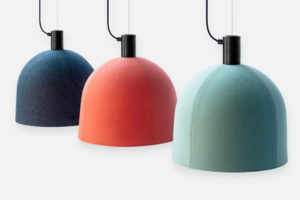 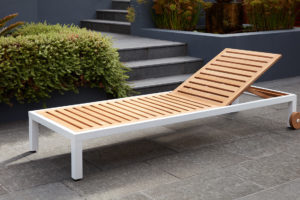 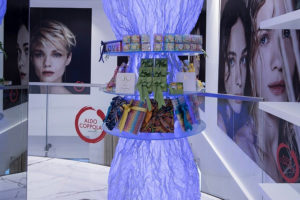 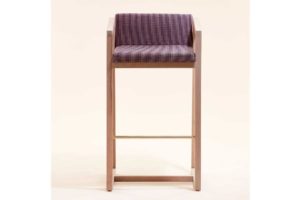 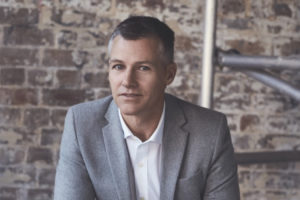 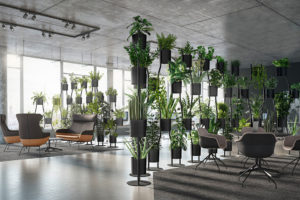