Where is multi-residential design heading?

Worldwide, multi-residential buildings are designed in response to the growing population while answering the needs of a site and inspire through design. We look back at The Multi-Residential Category at the INDE.Awards for inspiration. 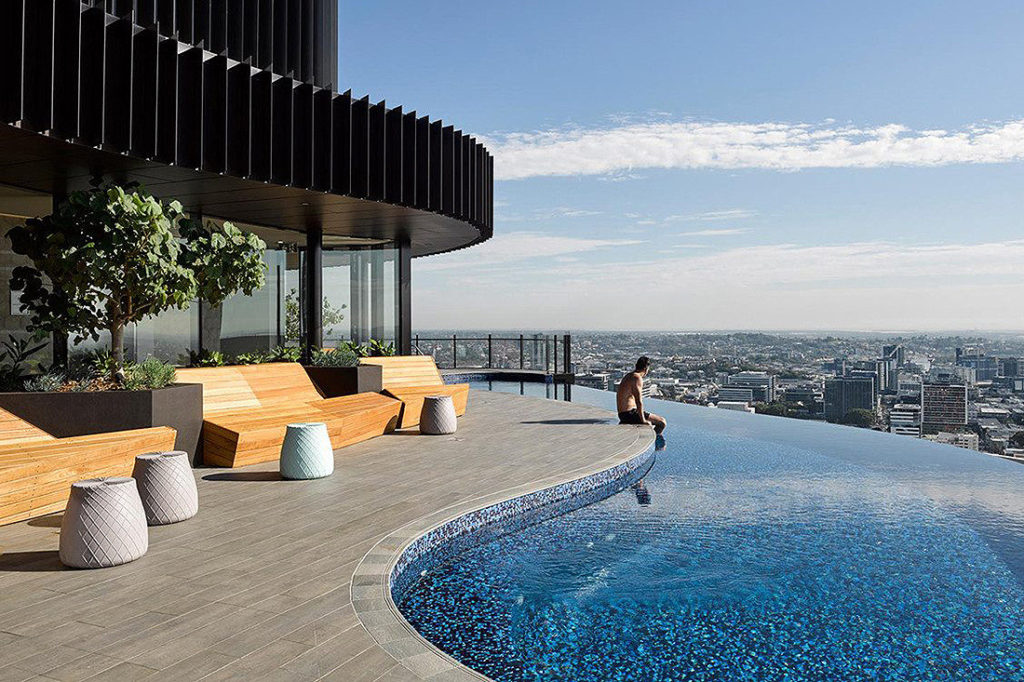 Larger cities face an exponentially increasing number of people who want to live near their workplaces, and hence it has become more imperative than ever to create multi-residential developments that reflect this lifestyle. In Australia alone, ABS Census shows that apartment occupation has increased by 78 per cent over the past 25 years, and will continue to upsurge.

In the past, there has been a detachment between urban design and architecture. Master plans were developed without concerns of building program or market expectations and often resulted in distortions of the built form and amenities it offers. Collaborations between interdisciplinary professionals of the design world establish a more integrated outcome, improving the lives of those who inhabit these high-rise structures.

In recent years, cities that have recognised the importance of blurring the lines between architecture and urban design have seen an improvement in social and economic capital.

More and more architects now push for the activation of multi-residential building frontages, as they value public spaces and design it to reflect the character of the surrounding area while being sensitive to the integration of existing space.

Unlike before, the integrated approach has seen to encourage the use of public, semi-public and private spaces. Especially for residents within a multi-residential building, amenities can be improved, fostering a more positive attitude towards density in CBD locations.

Honouring a Multi-Residential Building as part of the INDE.Awards this year is our way of celebrating the industry’s approach to design in consideration of the community, sustainability, human experience and market needs.

At the 2018 INDE.Awards, the following projects were shortlisted for their ability to celebrate design and architecture that is approached with equal consideration of site and community.

Located in Brisbane, Spire Residences sits at the northern gateway to the commercial district and shares the site with other important historic buildings. Its locality responds to two different dialogues, one respectful of its heritage neighbours and another directed at its taller companions of this developed city living. Using this as the inspiration to inform the overall design idea, John Wardle Architects successfully harmonises the tower with its surroundings. The multi-residential building fosters the needs of the city and community at street level while meeting expectations of occupants above. Amenities include rooftop facilities, concierge services, meeting areas, gymnasiums, and hence provide occupants with easy access to the city while responding to the dynamic nature of today’s lifestyles. 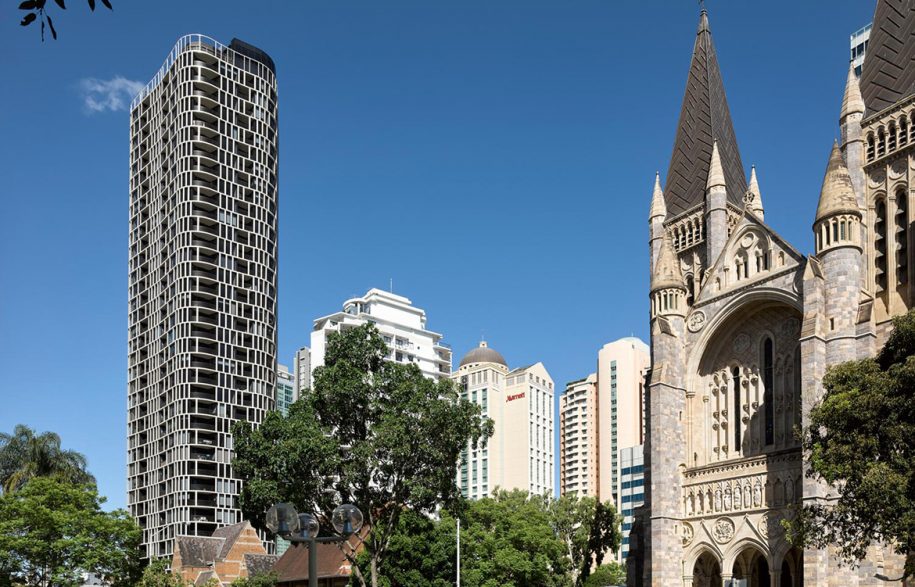 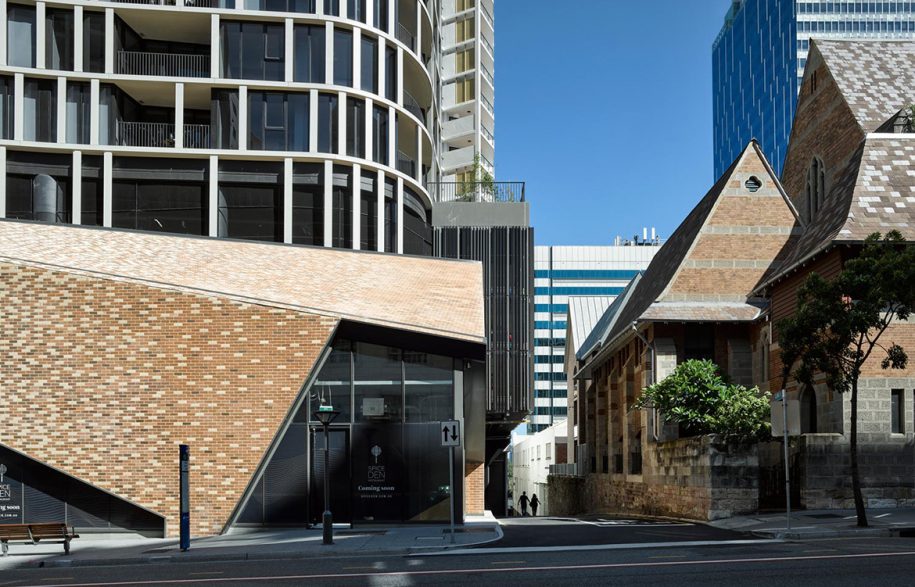 Gravity Tower by Plus Architecture

Plus Architecture was commissioned to design a multi-residential development in a fast-growing precinct in South Melbourne. Recognising the importance of utilising the site to its greatest capacity, Gravity Tower became the first project built in Melbourne’s Fisherman’s Bend precinct. Offering expansive city and bay views sheltered from the western sun, the tower’s street-level activation is evident as it acts as a transition space between the CBD and the Fisherman’s Bend. Gravity Tower boasts a considered design approach, informed by present-day context but is also equipped to cater for potential neighbouring developments in the future. 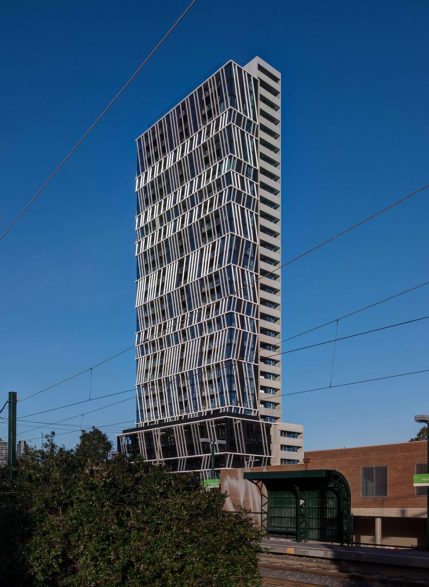 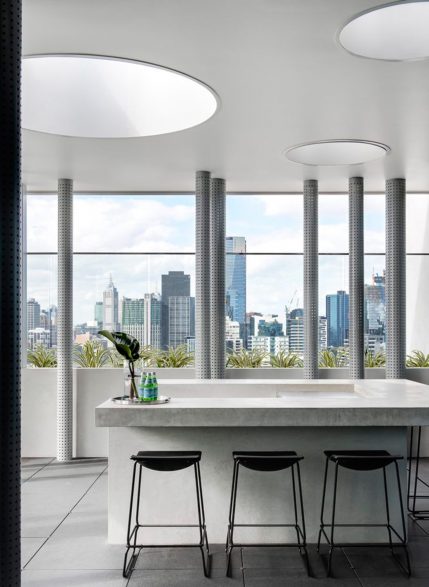 Melbourne’s Fitzroy is an inner-city suburb made up of layers of rich history, diverse residents and unique spirit, growing from a working-class community to now one of the most creative and sought-after neighbourhoods. Woods Bagot has captured the essence of Fitzroy in C.F. Row, the multi-residential development that celebrates the history of the suburb and keeps its distinctive culture alive. The original brick façade of the building (previously home to a furniture maker) encases the new development of apartments and townhouses separated by laneways, its combination of dwelling types attracting a diverse mix of occupants. With retail activation at the corner of the site reminiscent of a traditional pub or milk bar, C.F. Row is quintessentially Fitzroy not just in its design and way it services its occupants, but in the way it interacts with the wider community too. 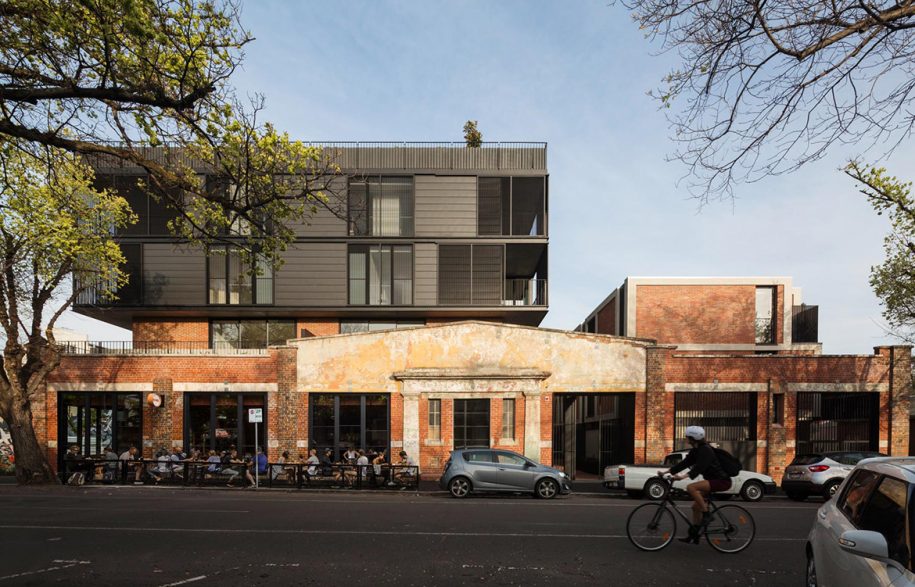 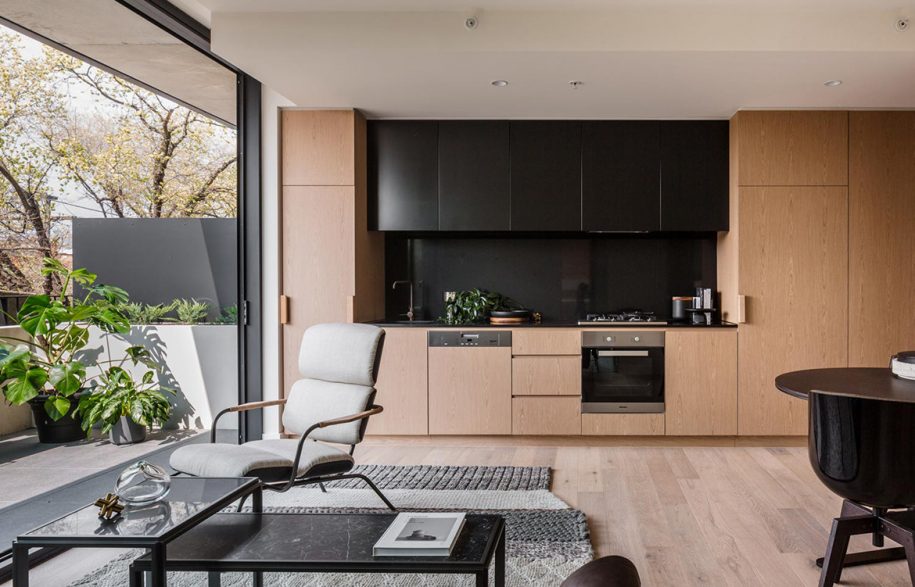 The challenges that faced the development of Shorefront Penang were three-fold: adhering to the strict planning guidelines that come with building in a UNESCO World Heritage City, ensuring each unit had a sea-view and assuring optimum privacy for the residents. In response, RT+Q Architects created three parallel strips of buildings, each unit ‘alternate-facing’ and serviced with private elevator lobbies to provide as much privacy as possible in a multi-residential setting. The buildings were designed in such a way to give each unit views of both the sea and city, while additional waterscapes and greenery throughout the public areas create a seamless connection from the buildings to the shore. This is a development that gives residents and visitors a sense of tranquillity so often needed in a bustling city, even when navigating the negative spaces between the buildings. 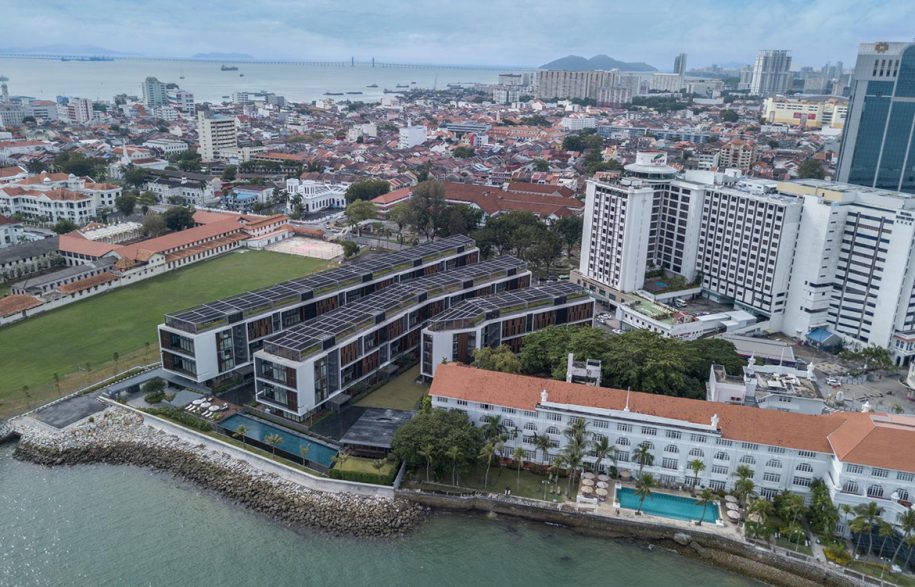 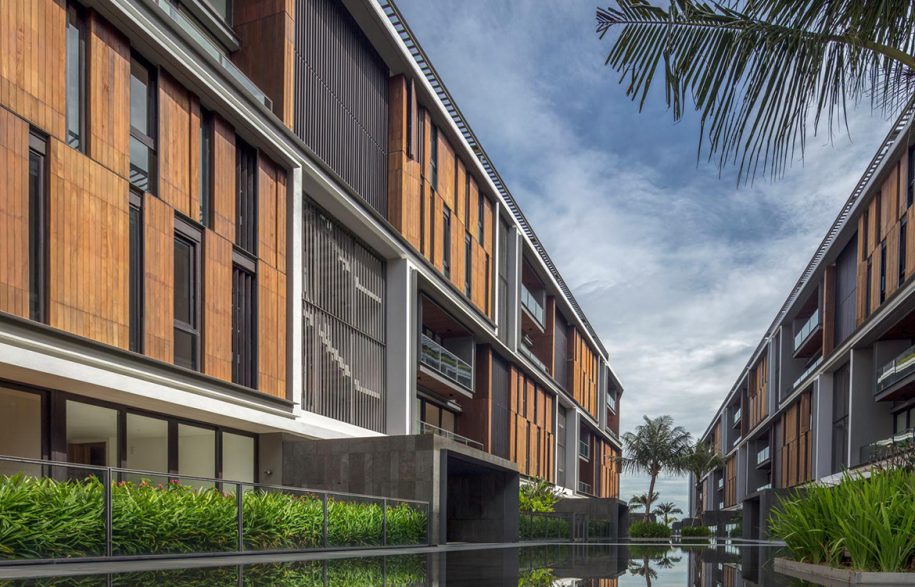 As designers and architects recognise that space is scarce, especially in urban cities, they need to take into consideration ways to overcome this without compromising on the quality of life. Large scale projects like multi-residential developments require a thoughtful material palette for durability, and appliances with smart design systems, which is why Bosch is an ideal partner for the Multi-Residential Building Award Category.

For over a century, the iconic German designers and manufacturers of kitchen and laundry appliances have taken a future-facing approach to design. By promising that living spaces of all sizes deserve nothing short of the best home appliances, Bosch powers countless homes around the world, earning a reputation for reliability and innovation. Maja Pejovic, Bosch’s Brand Manager explains that “at Bosch, we aim to deliver an all-round support and service experiences that reaches the same level of perfection, reliability and quality as our home appliances, and this commitment will be at the core of the Bosch brand for years to come.

Bosch is the proud sponsor of the 2019 Multi-Residential Building Award at this year’s INDE.Awards. Watch this space, as the shortlist will be announced on the 30th of April. 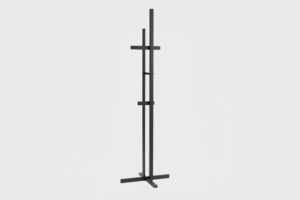 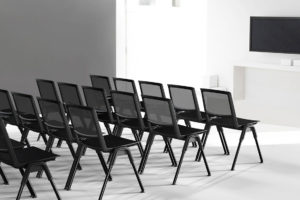 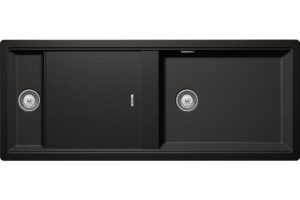 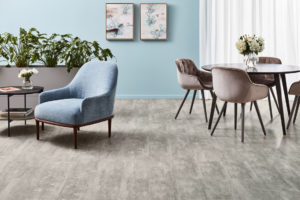 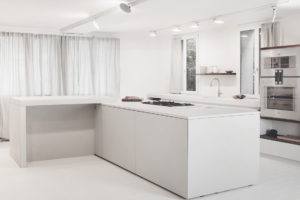 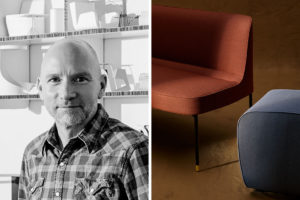