To honour the recent passing of IKEA founder Ingvar Kamprad, we take a closer look at just what makes Swedish interior design so special.

Precocity knows many different forms. For some children, it means learning to read or write months before their peers, while for others it’s displaying virtuosic talent at music, sport, or the creative arts. For others still, like the late Ingvar Kamprad – founder of Swedish interior design juggernaut IKEA, who passed away in late January – precocity comes by way of an entrepreneurial spirit.

At the tender age of 5, Kamprad begun selling matches to his neighbours; as he grew older, he cycled further afield from Elmtaryd – the farm on which he grew up – to sell fish, stationery, and Christmas decorations to the people of Agunnyard, the village in which Elmtaryd is located. Both Elmtaryd and Agunnyard were eventually immortalised in the name Kamprad chose for his business: ‘IK’ for his own initials, ‘E’ for Elmtaryd, and ‘A’ for Agunnyard. IKEA.

.
In 1943, fresh out of school and seventeen years old, Kamprad added kitchen tables to the IKEA product offering.
.

In 1943, fresh out of school and seventeen years old, Kamprad added kitchen tables to the IKEA product offering, which expanded again in 1948 to include a wider range of furniture. By 1951, the first IKEA catalogue appeared in print, and in 1956 the company developed its now idiosyncratic flat pack and self-assembly system.

The impact that IKEA has had on the broader design world has been vast, and the company’s reach continues to unspool in unexpected, divergent directions. Since first bringing self-assembly to an initially sceptical global audience, IKEA has introduced countless gourmands around the world to Swedish meatballs and lingonberry jam and allowed a generation of struggling students to fill their first homes with functional, stylish, and affordable furniture. The ubiquity of IKEA furniture is immense, if not entirely surprising: give a man a chair and they sit today; give a man an Allen key and they build IKEA furniture for life.

Most importantly, IKEA has brought Swedish interior design to the world, marking a new chapter in the residential design narrative. IKEA sells not only furniture but also an attitude toward design that places good design at the core of the home and at a price point that is within arms reach for the everyday person. For over seven decades, IKEA has made the chic, contemporary style of Swedish interior design accessible to – and beloved by – countless households around the world from Europe to the Americas, Asia Pacific, and the Middle East.

There remains a seemingly limitless amount to be learnt from Swedish interior design. To celebrate the global impact of IKEA and honour the late Ingvar Kamprad, we’ve collected the most important things that the Scandinavian country can teach us about decorating our homes.

The Swedish cousin of the better-known hygge (“cosiness”, for the un-indoctrinated: think fireplaces, chunky knitted blankets, and a plush sofa), lagom is all about balance. At once a measurement and value judgment, lagom translates loosely into “just the right amount” and “a moderate amount”. It describes an idiosyncratically Swedish approach to life that celebrates striking the elusive balance between too much and too little – hitting the sweet spot that is just right.

.
At once a measurement and value judgment, lagom translates loosely into “just the right amount”.
.

Lagom is evident in every aspect of Swedish interior design, which – unlike the starkness for which Scandinavian design is often known – understands that virtue lies not exclusively in asceticism, but also in moderation. Thus white walls are offset by grey accents or fresh bursts of colour, texture is carefully introduced by way of textiles and soft surfaces, and indoor plants help create a sense of vitality. Swedish interior design is at once effortless and carefully curated, striking the perfect balance between space and form, light and dark, and kitsch and cool. 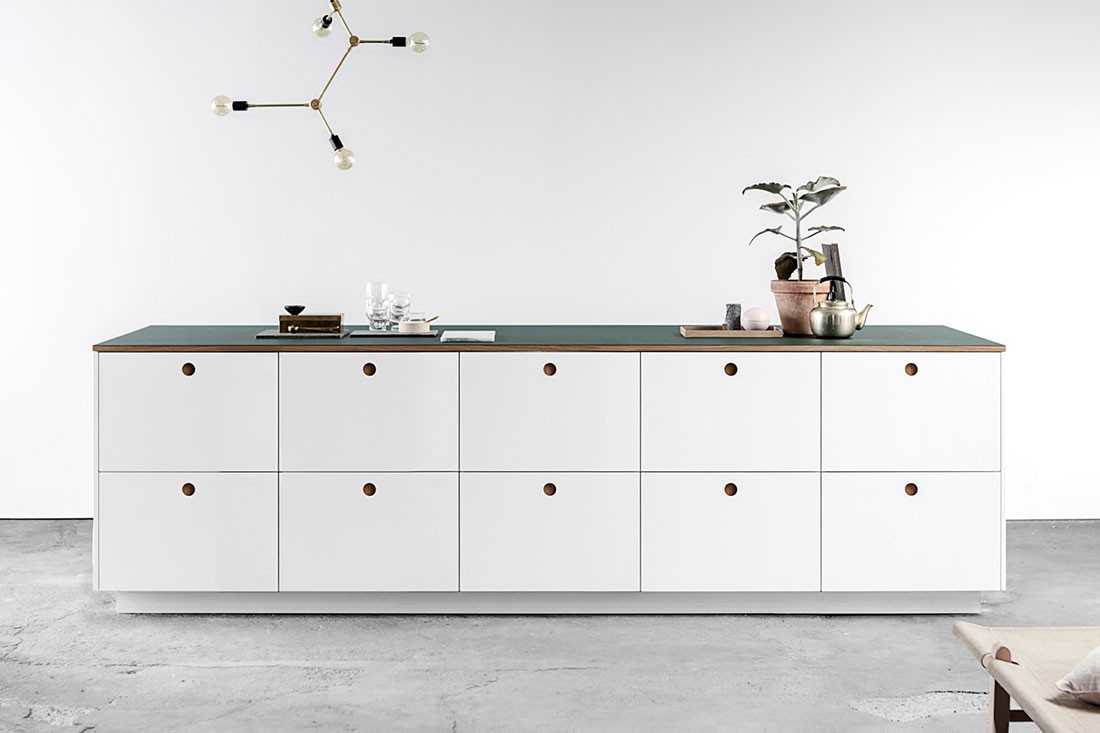 Part of the universal appeal of IKEA is that its products – though all adopting the same contemporary, vaguely retro-chic style – are restrained enough to allow for a seemingly endless spectrum of personalisation and hacks. Across the IKEA catalogue, clean design lines and pared-back forms abound, and ornamentation is kept to a bare, tasteful minimum.

.
Clean design lines and pared-back forms abound, and ornamentation is kept to a bare, tasteful minimum.
.

This kind of restraint is a unifying thread throughout Swedish interior design, which is uncompromising in its approach to quality over quantity. Clutter and bells and whistles are avoided in favour of carefully considering each addition to a room in terms of how it will enhance the space. In this sense, this lesson ties in with lagom: there’s no rule of thumb for how much furniture and décor should be in a room, but you’ll know what’s right when you see it. 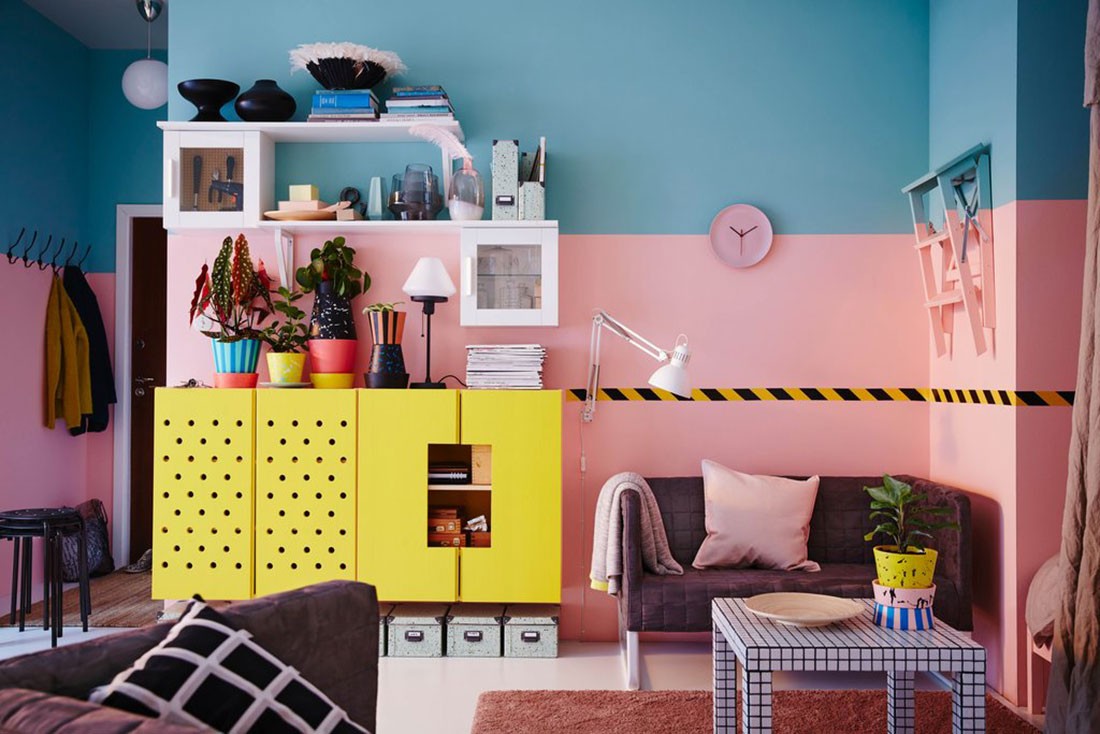 Keeping things (deceptively) simple doesn’t necessarily mean that they have to be bland. To scroll through Swedish interior design blogs is to see rooms with otherwise neutral palettes of greys and white punctuated with pops of colour that burst and bloom into vibrant – but never lurid – accents. For example, an armchair in an unexpected shade of red offsets hardwood herringbone floors, while side tables stacked with monochrome monographs are tinted in hues of orange or green. Colour is always clean, crisp, and vivid, eschewing busy patterns in favour of flat, solid planes.

Where pattern is used, it is large scale and tends toward the traditional. Kurbits, the floral folk patterns dating back to the 18th century remain a favourite of Swedish interior designers, who adorn everything from cushions to table runners with the fresh, graphic designs. 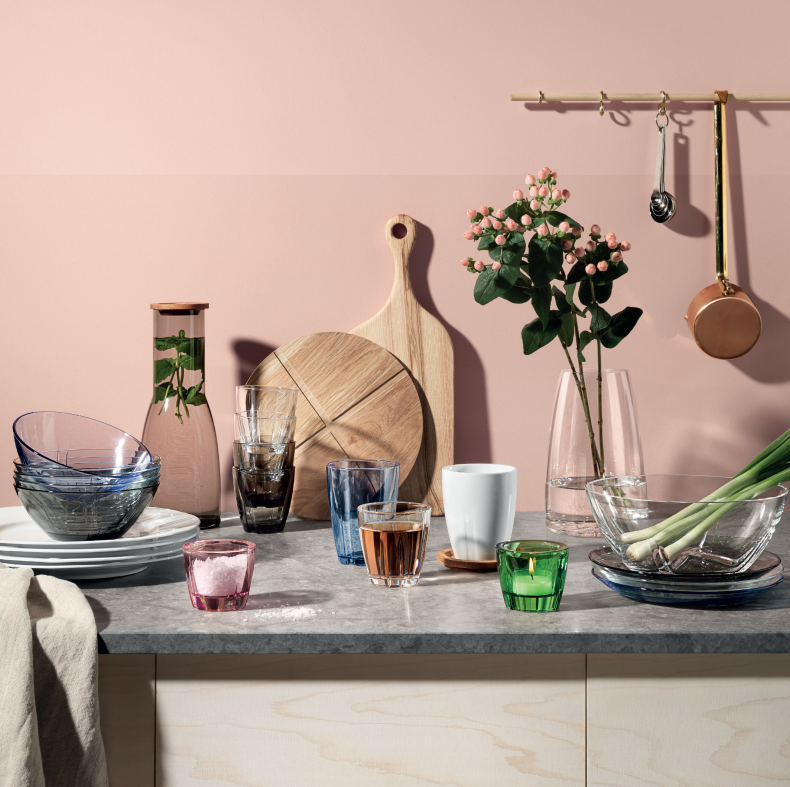 Kurbits isn’t the only traditional element to appear in contemporary Swedish interior design. Swedish glassblowing dates back to the 18th century and blown glass holds a special place in Swedish homes even today, where it takes the form of vases, tumblers, and bowls. The charmingly named Glasriket or “Kingdom of Crystal” has been Sweden’s glass blowing capital for centuries, and continues to produce a significant portion of the country’s blown glass.

.
The charmingly named Glasriket or “Kingdom of Crystal” has been Sweden’s glass blowing capital for centuries.
.

If blown glass isn’t your thing, take a leaf out of the Swedish interior design book and look toward the local traditions of your home country for inspiration. In Australia, this could mean investing in furniture made from native timbers or incorporating Indigenous Australian textiles and patterns into your soft furnishings.

IKEA catalogues are beloved around the world not only for the bargains they contain, but also for the brand of warm, lived-in contemporary chic that they peddle. Leafing through an IKEA catalogue is like thumbing through the photo album of a close-knit, creative family: on every page, countertops are covered in freshly baked pastries and fruit, children’s toys are strewn artlessly across area rugs, and couches are rumpled from having recently been sat on.

.
Instead of fussing about keeping your space clean, focus instead on making it yours, and a lively reflection of your personality and lifestyle.
.

Swedish interior design distinguishes itself from its other Scandinavian peers by championing an energetic, enthusiastic approach to life that recognises that things occasionally get messy – and when they do, this is not necessarily a bad thing. Instead of fussing about keeping your space clean, focus instead on making it yours, and a lively reflection of your personality and lifestyle.

We think you should also read about how IKEA brought back coolness. 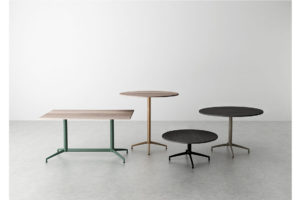 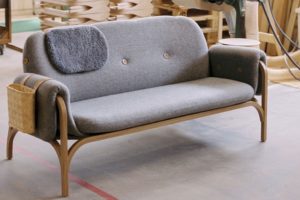 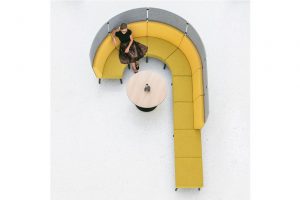 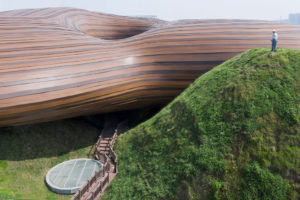 An Instrument Coming To Life: Liyang Museum by CROX

Drawing inspiration from an iconic Chinese musical instrument, the Liyang Museum by CROX makes a statement in the landscape. 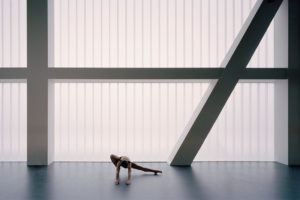