Let’s face it. The world isn’t perfect. But fear not: this year’s Sydney Design Festival theme of Call To Action will explore ways design can contribute to its betterment.

No two ways about it, Sydney Design Festival is going to be huge. From its hub at the Powerhouse Museum, it will reach far and wide throughout the city. With its theme of Call To Action, it will explore solutions to the world’s problems through disciplines as diverse as architecture, industrial design, jewellery making and even theatre. And it’s not just about Sydney, either. Melting pot of a country as we are, its scope will stretch from local practices to touch on global exchanges with countries as far-flung as China, Japan and the Netherlands.

The thing is, there are only ten days to see it all. To make your decision-making easier, Indesign has put together a list of top picks for Sydney’s fleeting annual design festival.

Last year, the Museum of Applied Arts and Sciences (MAAS) announced the inaugural Turbine Hall Commission, which will annually transform the Powerhouse Museum with an architectural installation. The first-ever winning design, by emerging Australian studio TRIAS, will be unveiled in a special Sydney Design Festival event on 2 March 2018. Entitled Four Periscopes, the installation is meant to evoke Sydney’s skyline with its multiple suspended towers, filled with periscopic mirrors that visitors can look up into – and therein encounter some surprising new perspectives.

From small insertions to large-scale interventions, Common Good is a contemporary design survey that asks: what social, ethical and environmental responsibilities does design have in our society? Looking to the Asia-Pacific region for design-led responses to just such issues, this survey puts the spotlight on key international practices – Nendo, Studio Swine, Bijoy Jain, Jo Nagasaka, Kwangho Lee, WOHA, Ken Wong, Lucy McRae and Henry Wilson – for answers both hypothetical and realised.

In Japan, design and materiality intersect with tradition and identity. So, how has the shifting terrain of the former impacted the latter? And how has the increasing porosity of global trends permeated Japan’s own cultural practice? This contemporary design exhibition considers the changing nature of Japanese design through the lens of materiality, shedding light on the nature of global exchange in the process. Exhibiting designers span a range of practices – from ceramics to jewellery to glassmaking, lacquer-ware, furniture design and objects – and in a panel discussion on 8 March, you’ll have the chance to hear them share their own insights.

Australia has a strong design community, which in turn has a strong presence in Sydney. But due to the hidden, backstreet nature of many showrooms, the members of this community are more often seen independently. The idea behind GATHER. Together on the Journey of Australian Design is that Australian design is stronger together. This walking tour will take participants through the design stores and showrooms that best represent the wealth of international talent in our city – and in doing so, paints a holistic picture of the power of Australian design.

It sounds naff, but in the current housing climate – wherein architects are engaged in a necessary reimagining of what homes can (and should) look like in 2018 – the question bears asking: what even is a living space? Scott Carver & Hoyne asked themselves the exact same question, and layered it with an additional question: how can we better utilise city spots for this purpose? Instead of sitting on intellect, they made their answers into something tangible. The result is a low-cost and flexible pod – The Play Pod – that will sit on Sydney’s Good Line park for the duration of the Design Festival.

Things tend to look a little different after dark. If you’ve ever wanted to see the Powerhouse in just such a light (or lack thereof), MAASIVE Lates is your chance. As part of Sydney Design Festival, the museum will open up its doors after hours for a range of workshops, exhibitions, curator chats and self-guided tours – not to mention dancing, courtesy of an all-female playlist by DJ Jai Pyne to celebrate International Women’s Day.

What do theatre, art and architecture have in common? Nothing, if you ask most people. But Simon Rochowski isn’t most people. And nor is the studio at which he is a director, studioplusthree, your ordinary studio. The multidisciplinary practice is unafraid to push the boundaries between disciplines – as they did in their recent This is a Voice exhibition at the Powerhouse Museum, which explored the architectural properties of the human voice. In this talk, Simon will use his experience working with such organisations as the British Museum, V&A, London Design Festival and the Rotterdam Architecture Biennale to question the unsteady relationship between knowledge and perception, architecture and art.

Having been the recent talk of Melbourne as the latest recipient of the MPavilion commission (realised in collaboration with partner Rem Koolhaas), OMA architect David Gianotten will travel north to give a keynote presentation at the Powerhouse Museum as part of Sydney Design Festival. As part of OMA, David has worked on works of international cultural significance, such as Taipei Performing Arts Centre, the Feyenoord City masterplan and the upcoming New Museum for Western Australia. This Sydney keynote is a rare chance to hear from one of the most revered architects of a generation.

Over two days of Sydney Design Festival, some of Australia’s leading Aboriginal and Torres Strait Islander artists will have their approaches and techniques shared as part of MAAS Indigenous Design Symposium: 60,000 Years in the Making. Sessions within the symposium will draw together a diverse panel of speakers – including Fiona Foley, Maree Clarke, Linda Kennedy, Jason Wing, Kent Morris, Grace Lillian Lee and Nicole Monks – to deliver new perspectives on how contemporary designers can engage with, sustain and re-position design skills and techniques that have been in development for 60,000 years. 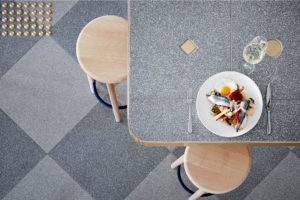 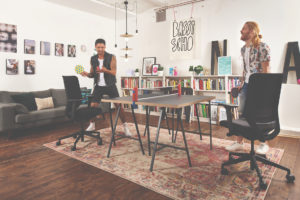 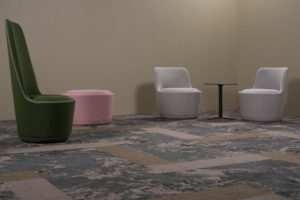 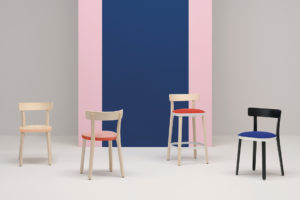 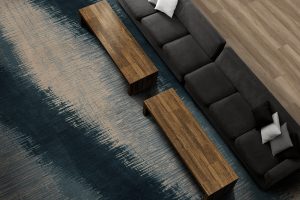 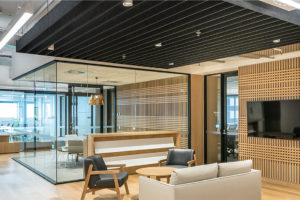