Cox Architecture: “The Only Way Is Up”

How is community infrastructure and public amenity improved when inner-city space is already at a premium? As the future Melbourne Square project demonstrates, it’s time rise up instead of build out. 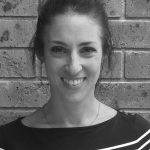 Southbank is a former industrial area that has been revitalised over recent decades and transformed into a district of high-rise developments. The area is one of Melbourne’s most densely populated, yet there is no community hub or open green spaces. But that is all set to change as stage one of Melbourne Square receives the green light.

Developed by OSK Property and designed by Cox Architecture, Melbourne Square will be the city’s largest skyscraper projects and will provide a new civic hub and network of green spaces in Southbank. The project will transform a city block (a car park the size of the MCG) into a vertical village featuring six towers (four residential buildings, a hotel and commercial office). Almost 20 per cent of the site will be dedicated to the public realm and will include a series of elevated gardens, a shopping centre, childcare and specialty stores.

“Southbank has access to some of Melbourne’s most dynamic activity zones: the Arts Precinct, Yarra River and Melbourne’s broader sporting zone and parkland network,” says Paul Curry, Associate at Cox Architecture. “To create an uplifting and recognisable identity for Melbourne Square we focussed on ways in which we could incorporate more green spaces that will soften the precinct locally and connect it with those other activity zones.”

Stage one will deliver the public amenity, including the park and two luxury apartment buildings in the form of shimmering elliptical towers. The design of the site is based on the idea of a ‘folded landscape’ whereby the development creates a more natural landform. In contrast to a flatter, more static form, this sense of folding is a suitably more dynamic response to a dynamic part of Melbourne.

“The idea of the natural landform and folded landscape transitions from the park to form the terraced podium, and the slender towers will evolve organically from the parkland base,” Paul explains. “They will incorporate materials that can be drawn from a natural landform: extensive planted areas, stone, precast concrete, bronzed louvres and glazing.” The elliptical towers will have also have a continually varying pleat that tapers through the height of the towers and the movement in the pleats is further emphasised by varying the reflective coatings to the glazed façade.

The materiality and sculptural form of the towers is designed to define the project against the skyline while facilitating views across the city, while the extensive parkland is intended to shape the future of Southbank. A pedestrian-friendly network of shared pathways and connections will incorporate piazzas, green space and an active water feature, and it will be activated by retail surrounding and underneath the landform.

Once complete, Melbourne Square will be a vertical village within one large block of Southbank where it will provide the community infrastructure and public amenity required for the existing area and a new population of residents equivalent to that of a small country town. 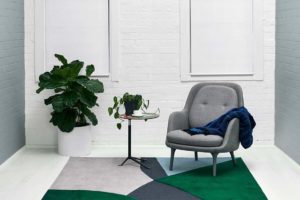 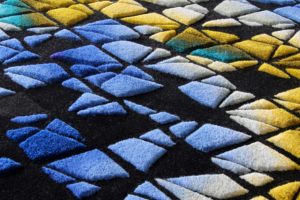 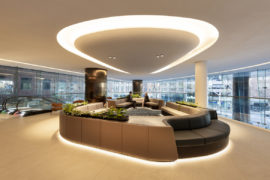 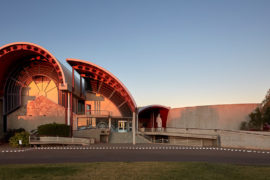 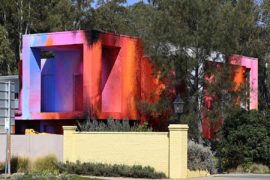 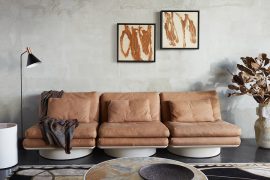