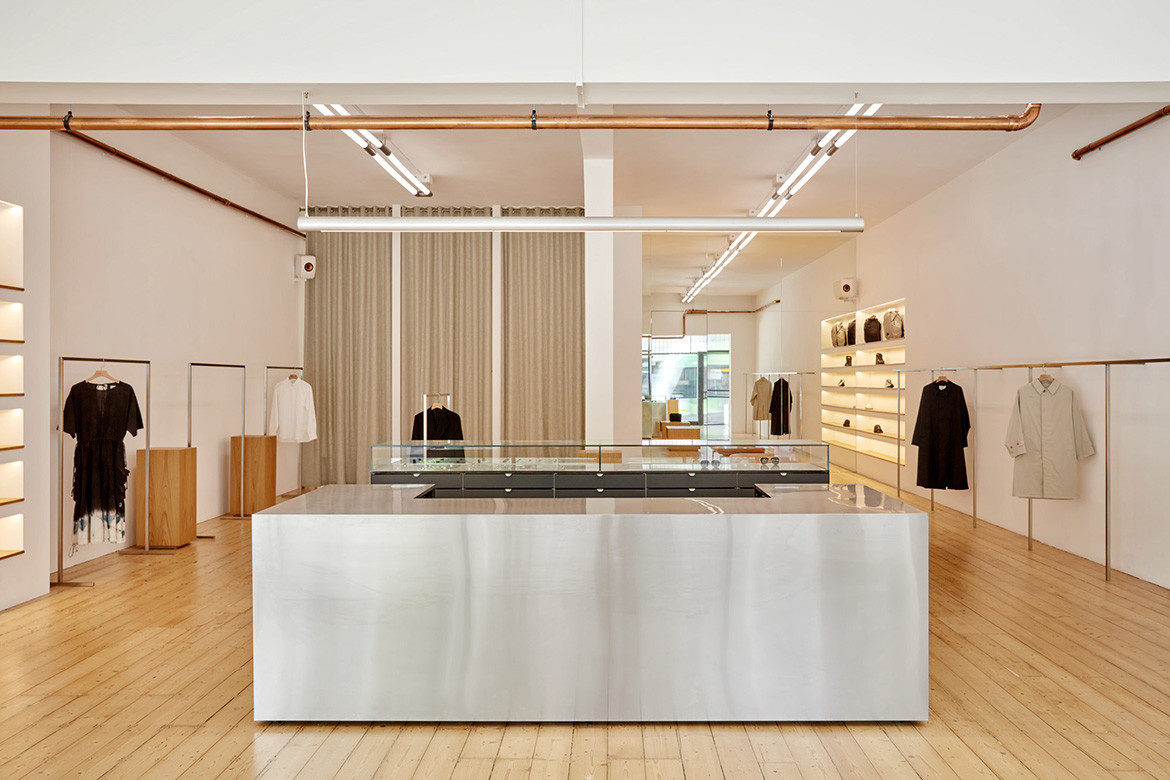 HAVN‘s flagship store now occupies the ground floor of the former Gertrude Contemporary Gallery site, from where it sells a mix of globally sourced specialty products with an active and conscious lifestyle aesthetic.

“The building and its history are just incredible, and we feel really privileged to be here,” James Smart says, the founder and director of Harbour Supply Co.

For Smart, it was a match made in heaven. He’s been involved with retail and wholesale since the early 2000s, with a seven-year stint in Copenhagen buying him valuable exposure to the industry with various store fit outs. Returning to Melbourne in 2016, he was part of a small DIY team that opened the first iteration of HAVN in Brunswick Street, before subsequently taking over the adjoining store.

“A bigger location on Gertrude Street was the dream, so when the best site on Gertrude became available, we just had to go for it,” he says.

With its former history as a furniture factory, it made sense to create a design response that honoured the building’s beautiful roots but also let the product do the talking.

“We really wanted to create something that was worthy of the site and Gertrude St in general,” Smart says.

As a result, the design goal was to create a canvas for the products with minimal visual intervention using broad design strokes and a focus on light and sound.

The design process was initiated through the purchase of a 3.5 metre Atelier Alinéa Unistandard table. The Atelier Alinéa table greets customers on entry, while a monolithic counter clad in brushed stainless steel dominates the centre of the room.

The remainder of the space takes its inspiration from modern Scandinavian and Japanese influences. For example, Kvadrat wool curtains provide warmth along with oiled American oak furniture and original floorboards.

Full height curtains soften the rear of the store, but also add a sense of drama. Floor-to-ceiling mirrors on the rear walls enhance the feeling of space, while KEF speakers treat the ears.

A lesser-known detail about the space is the leadlight windows on the facade, which were covered with about 15 layers of paint on each side.

“The restoration took months and were far more work that anticipated. But the result is so rewarding, so I have a soft spot for these,” he laughs.

However, it’s the treatment of light throughout the space that steals the show – especially during the evening.

Industrial style lighting was designed by Solstice to pay homage to the site’s history, including a custom installation where light washes evenly through the entire space from oversized LED tubes.

“The lighting tubes have RGB colour boards. Walk by at night for a colourful light show,” Smart says. “It’s inspired work and we’re so happy with the resulting aesthetic and output.”