Much consideration has been given to how this commercial building in Melbourne should engage its occupants and interface with the unique Collins Street site. Ben Morgan takes a closer look. Originally built by Daryl Jackson Architects (Jackson Architecture) in the early 1990s, 90 Collins Street in Melbourne is a shining example of the post-modern architectural style. Over two decades on, Carr Design Group was engaged to reinvigorate the building with a refurbishment of the interiors and base building. Before the refurbishment, a curved Perspex entry pergola, constructed subsequent to the building being complete and not to Jackson Architecture’s design, had been leaking, so Carr needed to create a new entrance to the building that celebrated its prominent location at the ‘Paris end’ of Collins Street. “The design attempts to unite the historic facade to the west of the entrance with that of the post modern podium to the east, which replicates the scale and proportions of window openings to Collins Street,” explains Chris McCue, Director of Architecture. “Asserting a new design language which grouped the two, equally strong architectural styles, was key, with an entry canopy ‘blade’ incorporating lighting and signage as one approaches from either end of Collins Street.” “The intention was for the canopy to assert itself, and in painting out the curtain wall above the canopy in a charcoal paint colour, the intention was to greater emphasise the entrance as a recess between the two buildings rather than one having greater prominence and therefore dominance over the other.” On the ground floor, the retail tenancies have been activated with display windows within the foyer, creating an engaging opportunity for the brands on show. The clean minimalist approach allows the equally pared-back branding to sing without overpowering the space. Integral to the re-imagining of the interior and exterior is the unique typeface, which is a striking element from the streetscape to each level. “David Pigeon of Design by Pigeon graphic design was responsible for the ’90’ signage across the building and was charged to give a fresh identity to the building which involved bringing the stencil language across external and lift lobby signage.” While the visual language creates a consistency throughout the refurbishment, discreet lighting has been used to accentuate the strong lines and direct occupants “The strip lighting to the underside of the canopy [for example] directs people and leads line of sight into the foyer space.” The project is a subtle unification of part of Melbourne’s architectural fabric, and an example of how a considered approach to refurbishment can bring a new understanding to existing buildings. “Our approach was to pare back and simplify the spaces with materials that have longevity and timeless qualities,” says Cox. “This increases the status of the building in a more understated manner, adding a sense of sophistication that allows tenants to inject their own identity and personalities into the spaces they inhabit.” 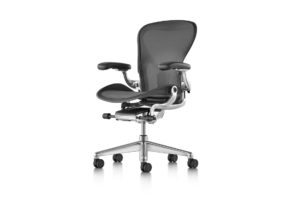 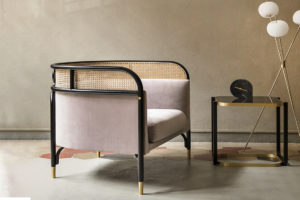 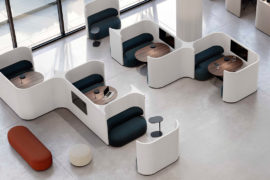 Run by the NSW chapter of the RAIA, Tuesday Nights Architectural Panel Talks are back in Autumn. They will be held on most Tuesday evenings throughout March, April and May, at 6.30pm, 3 Manning Street Potts Point NSW 2011. Members: FREE Student Members: FREE Non-Members:$10.00 Students: $5.00   Tuesday 4th March Portraying ArchitectureMost people experience […] Hear design insights at Intersection: The Power and Future of Design 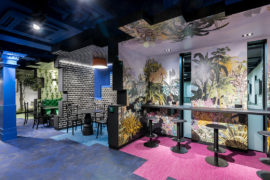