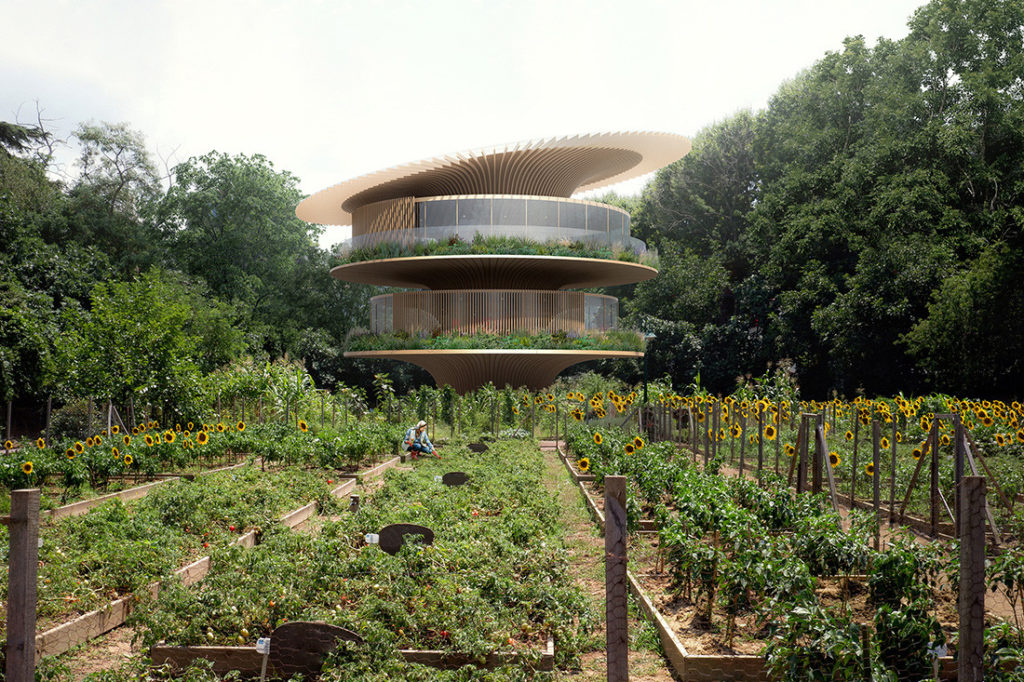 Not that it needs to be said, but… the contemporary lifestyles we lead, and the consumption that fuels them, are simply not sustainable. Change is imperative—on that much, we’ve reached consensus. And it requires a unified movement to take place, en masse. Think: a new European Bauhaus movement, in which the industrial ideals of yesteryear are replaced by holistic principles of sustainability. Forget what was said of how ‘form follows function’—that’s so last century—there’s a new rule to live by that says, ‘form follows nature’. And so says Koichi Takada.

Encapsulated by Sunflower House—Takada’s visionary concept for the future European dream house—‘form follows nature’ is the architect’s answer to the call to make sustainability a movement akin to a ‘new European Bauhaus’, complete with its own distinctive aesthetic and all. 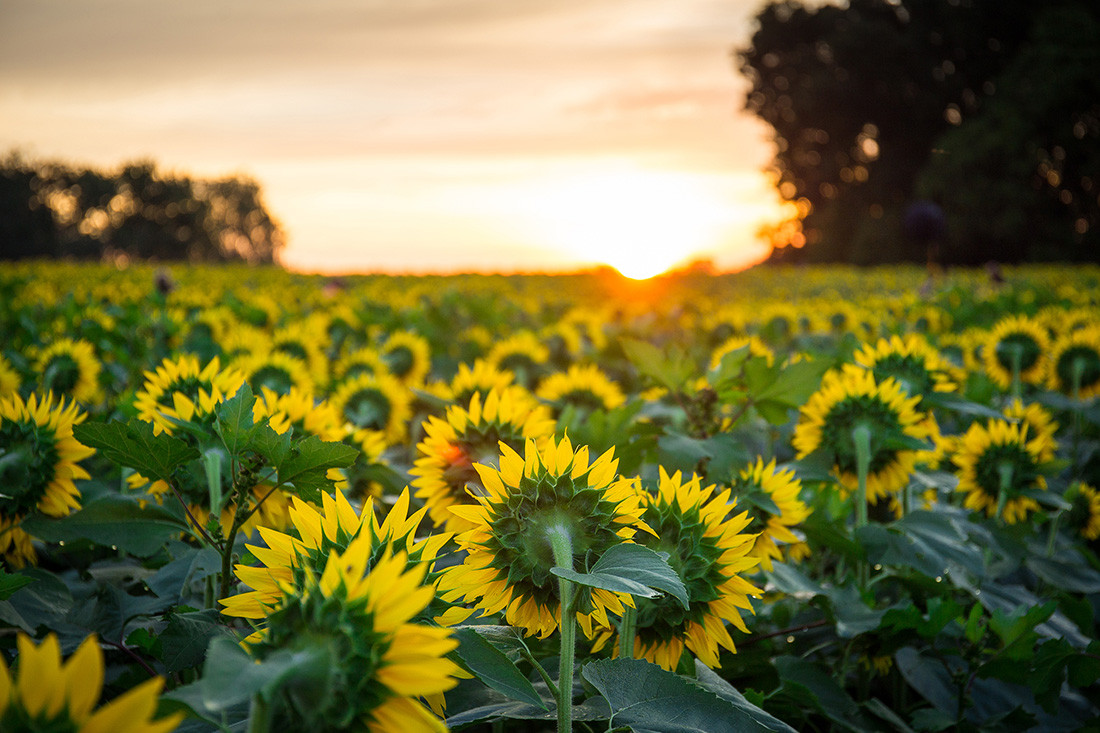 The whole notion of a Bauhaus 2.0 gained gravitas back in October 2020, when Ursula von der Leyen, the president of the EU, gave an address in which she called to unify the concurrent environmental and economic agendas that have thus far championed sustainability as silos. In order to elevate climate change to the height of cult status, she proposed that the cause requires a set of “its own aesthetics, blending design and sustainability”, calling on the world’s design industry to be the pioneers to unite the world in line with the new world order.

“It’s not just about making a building look natural, it’s about creating positive environmental change in the homes we live in, the neighbourhoods we work and play in, and ultimately the planet we are privileged to inhabit.” – Koichi Takada

All this inspired Bloomberg Green—Bloomberg Media’s multiplatform editorial publication dedicated to reporting duly on all things re: climate change—to commission three of the world’s most preeminent contemporary architects, all leaders in the realm of sustainable design, to imagine what the world might look like, in the era of the new European Bauhaus – enter Koichi Takada. 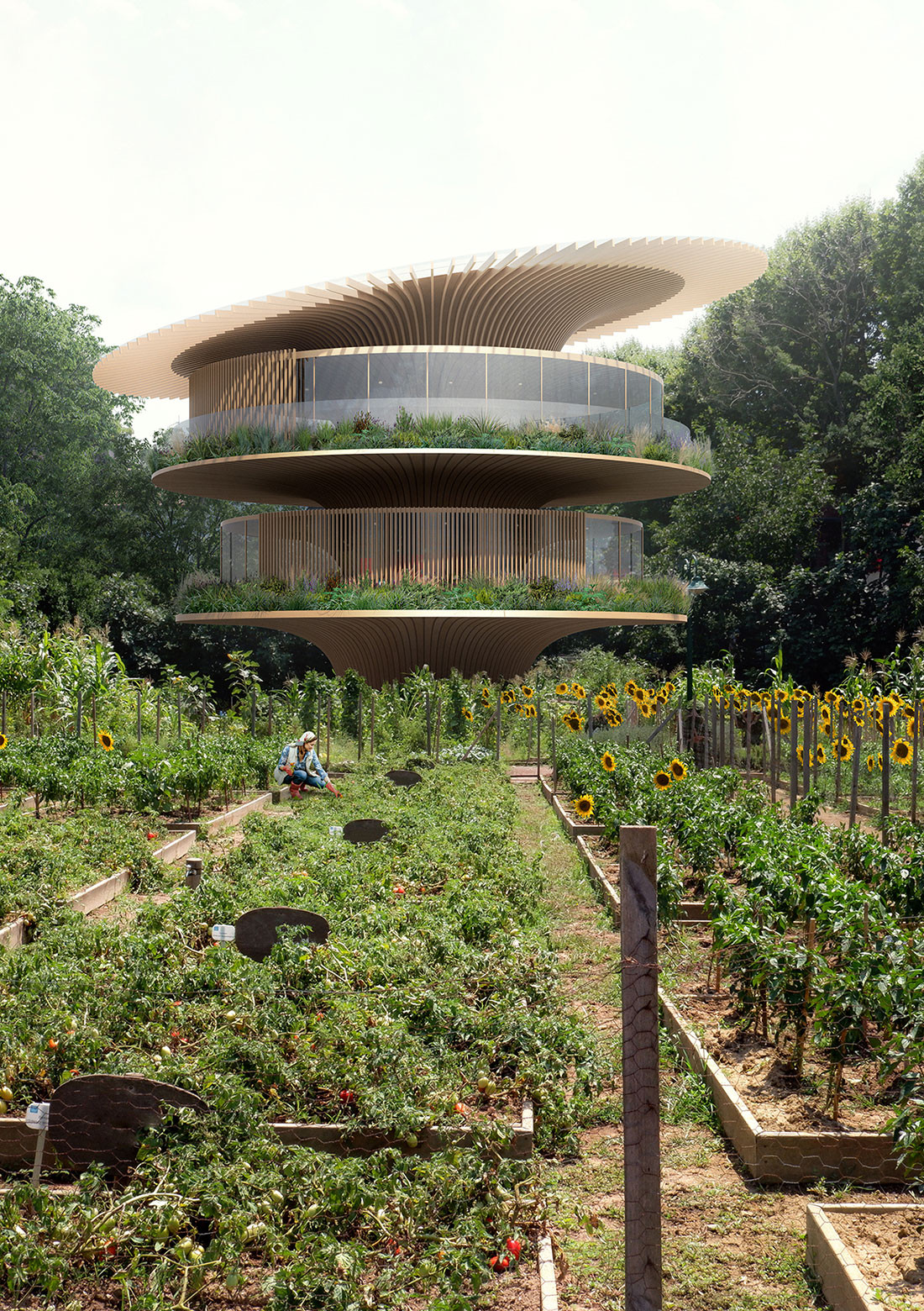 “For the future of the planet we must shift from industrial to natural,” says Takada. “We need a kinetic, living architecture that respects the environment while enhancing the wellbeing of the humans who inhabit it.” Exhibit A of Takada’s utopia is Sunflower House: a carbon positive, single-family dwelling inspired by the distinctive yellow flower and, much like its namesake, powered by the sun.

“Artificial structures require large foundations, but with sunflowers nature achieves a beautiful balancing act,” explains Takada. “There is minimum intervention on the ground so the earth has room for other activities, yet the sunflower magically nods its head to bathe in the light.

“The Italian word girasole literally means ‘turn to the sun’.” 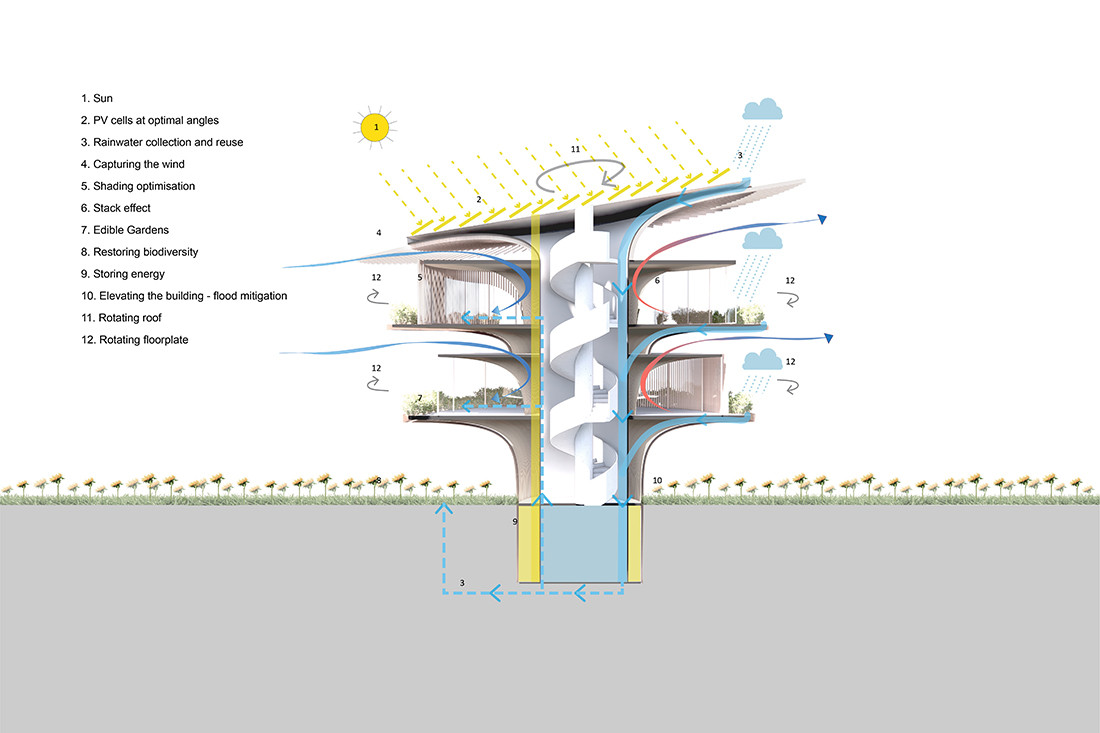 Aptly designed for the Italian region of Umbria—a place renowned for its rolling farmland and yellow fields of sunflowers, where the torment of heat waves is becoming more frequent, and more extreme—Sunflower House is built elevated from the ground, as if levitating, to minimise the structure’s interference with the biodiversity of its surroundings.

Featuring a petaled roof fitted with solar panels, the circular structure of Sunflower House rotates around a central “stem” to follow the sun, allowing the moving “disc florets” to produce up to 40% more energy than static panels. Energy that isn’t used can be fed onto the grid or stored in battery “seeds” and rainwater is collected and used for irrigation and toilet flushing. The perimeter around the roof shades the windows below and aids in ventilation, and a secondary rotating mechanism over the glass walls protects the building from solar radiation. 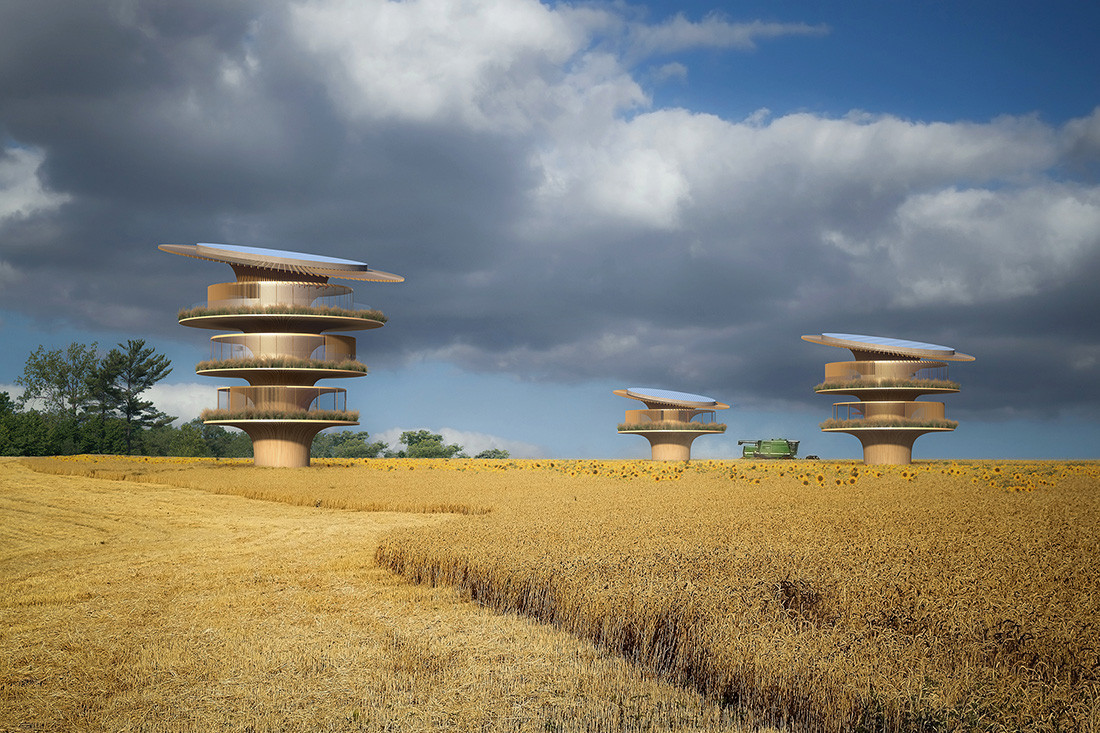 Each floor of Sunflower House hosts a two- or three-bedroom apartment, and each building can be as high as three stories. Scalability opens up the
possibility of creating a climate-positive neighbourhood inspired by sunflower fields, in which the plants self-organise, unfurling in a zigzag pattern to avoid overcrowding and maximise exposure to sunlight. 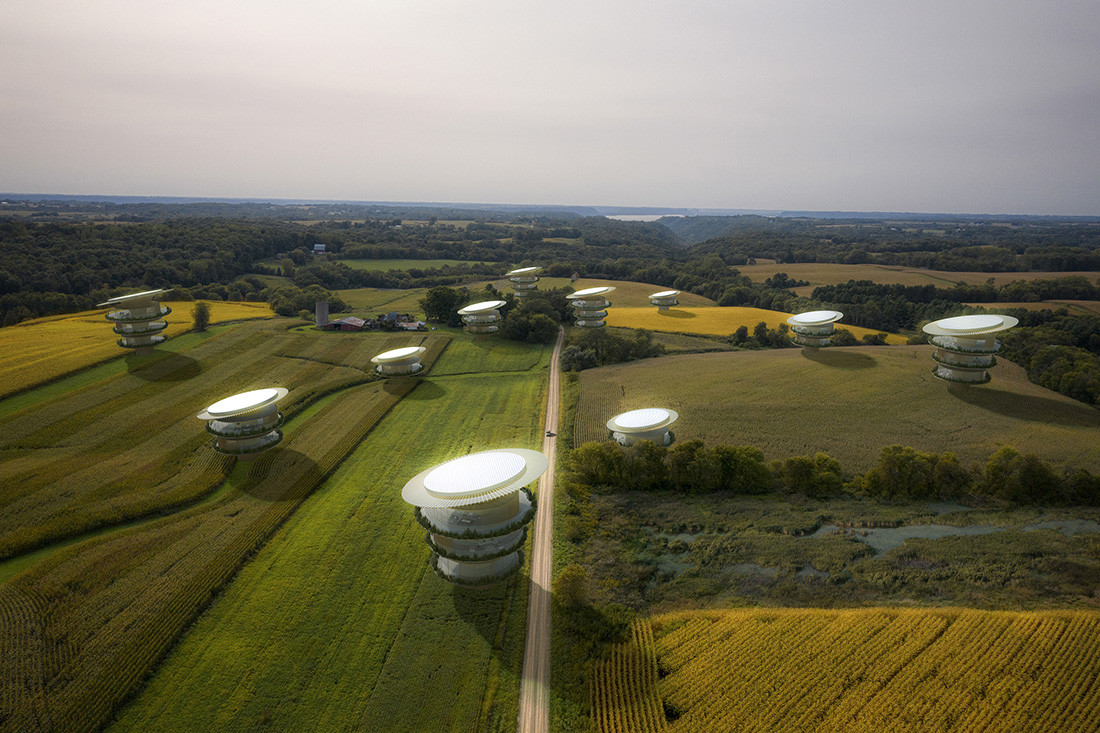 “Designers and architects talk about drawing inspiration from nature in an aesthetic sense but we must go much deeper than that,” says Takada. “It’s not just about making a building look natural, it’s about creating positive environmental change in the homes we live in, the neighbourhoods we work and play in, and ultimately the planet we are privileged to inhabit.” 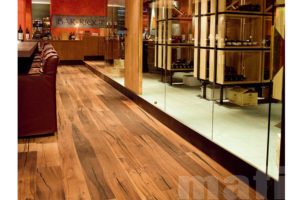 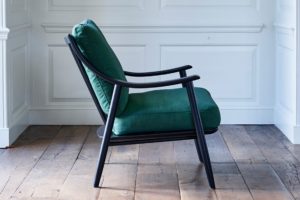 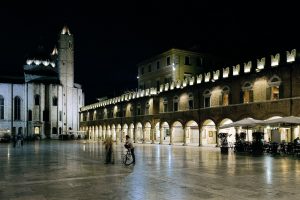 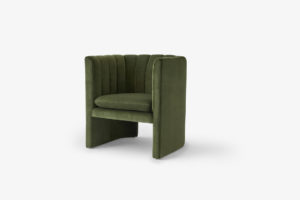 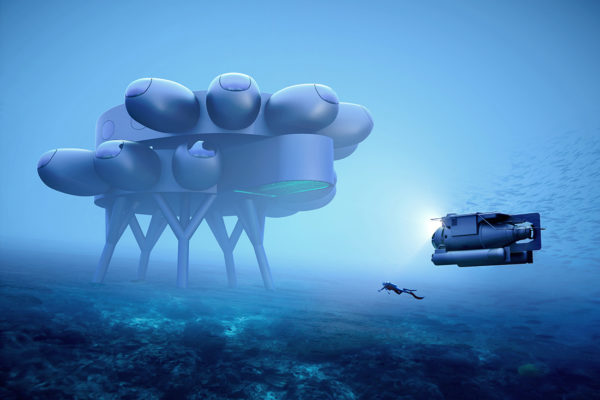 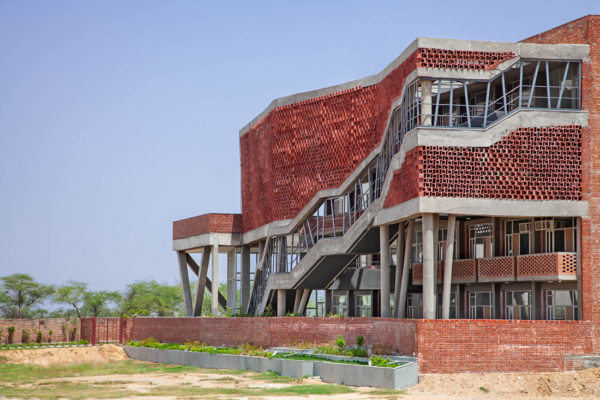 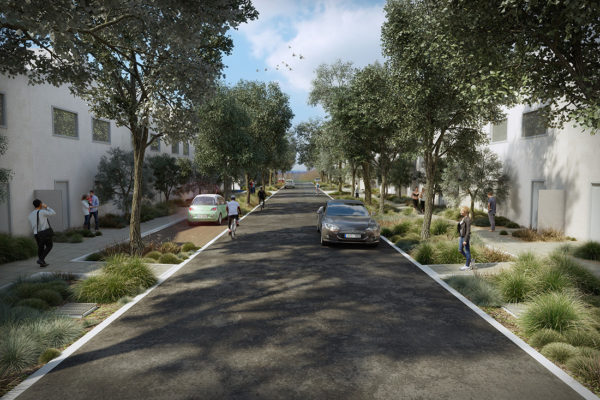 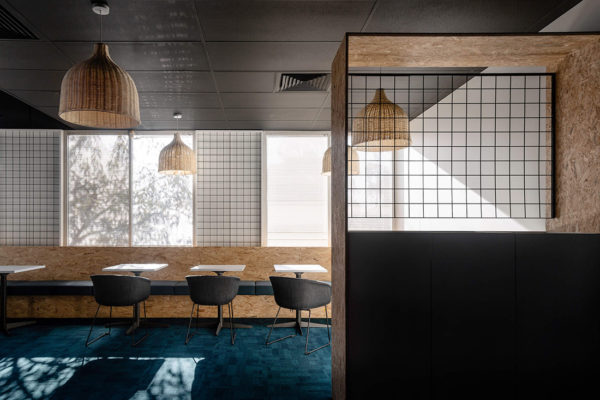 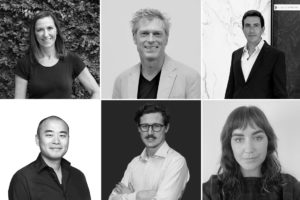 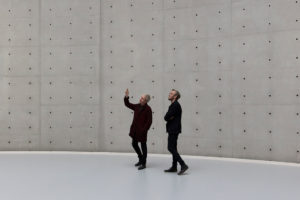 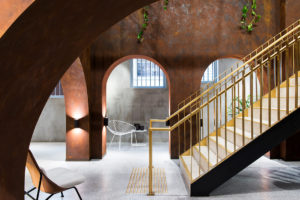