In September, design firms from 10 nations will battle it out for the winning title in the first Aeron Hockey Pan Asia Championships.

Pucks will fly when the very first Aeron Hockey Pan Asia Championships kicks off in Hong Kong on 16 September on a specially built court at the Hong Kong Design Institute.

The event will be held as part of Herman Miller’s inaugural 3-month-long exhibition in Asia, titled REACH.

Involving finalists from 10 countries in the region – Australia, China, Hong Kong, India, Indonesia, Japan, Korea, New Zealand, Singapore and Thailand – this is the first time the game will be played on such a grand scale. And if the history of the US-orginated sport is anything to go by, the competition will be fiercely fought.

It is no secret that teams approach the game with utmost seriousness. Elite Aeron athletes are known to train all year round, sometimes clocking in several hours a day. Also on record is the lightning speed in which they handle their Aerons – typically 0.2 seconds to adjust the chair’s lumbar support and 0.4 seconds to raise the height of the seat base.

An evolution of ’ofﬁce hockey’ played with a paper puck and makeshift stick, the game in its current incarnation started when the now iconic Aeron chair, designed by Bill Stumpf and Don Chadwick, was first introduced in 1994, and transformed the world of office seating.

Widely hailed the “King of Office Chairs” and inducted into the halls of fame of leading museums worldwide, the Aeron’s unique characteristics clearly makes it the best match for the rigours of office chair hockey. There is its advanced ergonomics, and its flexibility of movement and easily adjustable features; it is also the first chair to replace foam and fabric with Pellicle, a breathable form-fitting material that allows for aeration and customised support.

The country finals leading up to the championship game in Hong Kong is still being played out.

To date, the teams representing their countries in the September championships are:

– And from the recently held game in Hong Kong on 8 July: M Moser Associates

For more on the REACH exhibition and the Aeron Hockey game, visit reach.hermanmillerasia.com. 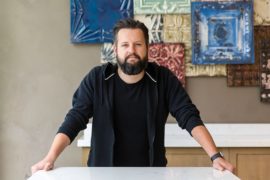 5 minutes with Airbnb’s head of design

Head designer of Airbnb Alex Schleifer talks designing for trust and the ingenuity of Airbnb hosts. 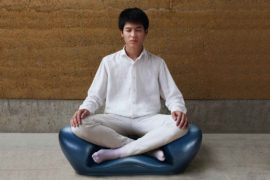 In a world filled with stories told through pictures, videos, installations and experiences, LongLeaf Tea Vodka does so with every sip.