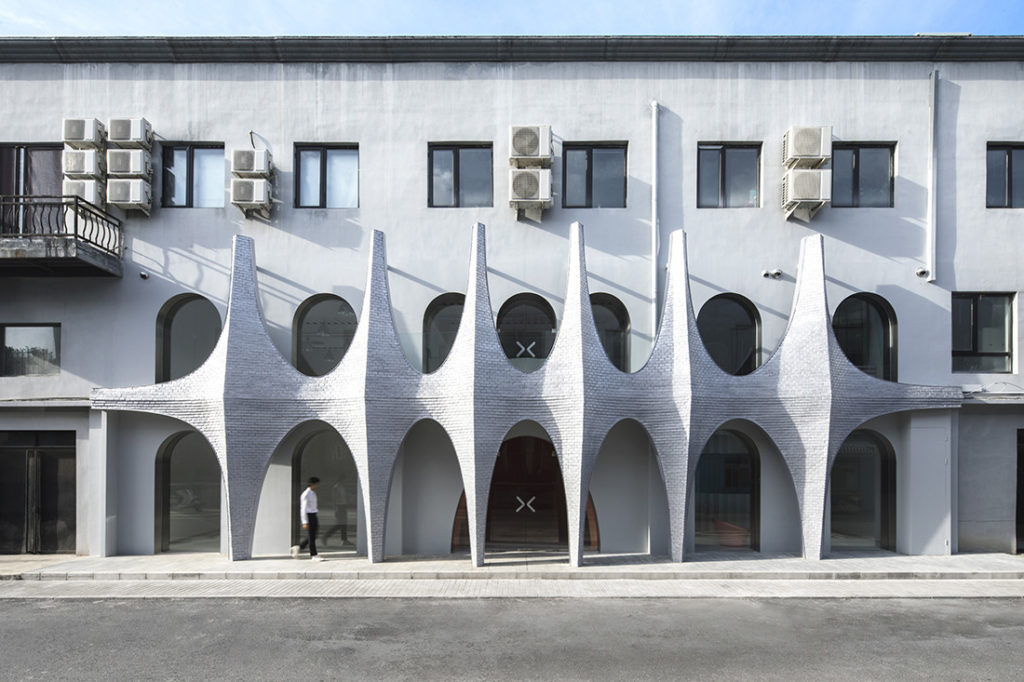 A surreal silver-coated brickwork façade reminiscent of interlinked fingers is at the heart of 123 Architects’ renovation of a factory turned photography studio near Beijing’s trendy 798 Art Zone. The location-inspired design, dubbed masquerade, adds a modern-meets-classical aesthetic while continuing to allow natural light into equally-surreal interior spaces and forms a new external space. “The futuristic aesthetic of the new design compliments the old industrial atmosphere while rendering a surrealistic atmosphere” designers say. 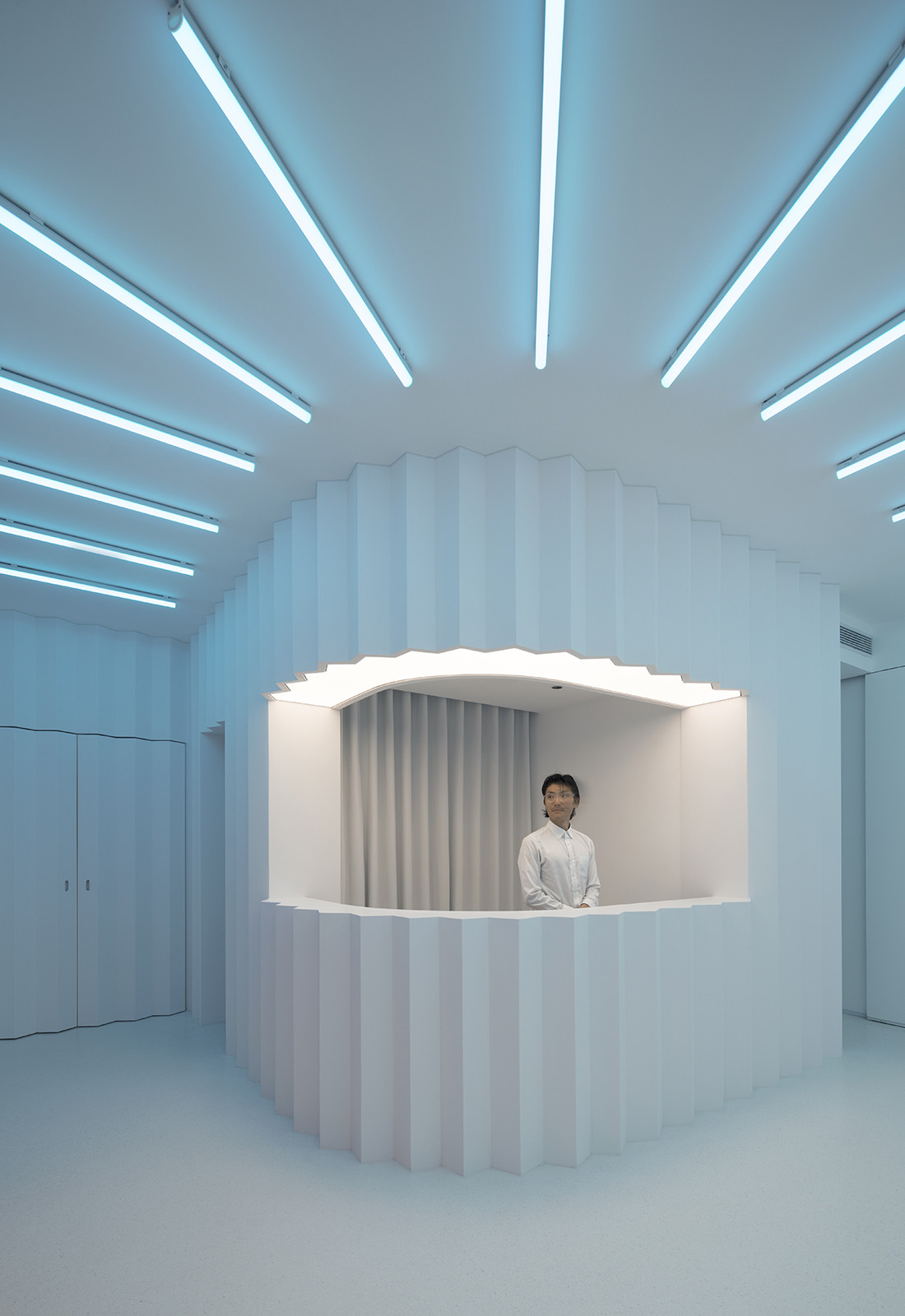 123 Architects first digitally designed the organic brick façade to overlap with the existing outer wall before having skilled bricklayers create the arches and curves onsite. More than a simple bolt-on façade, the curved shapes are designed to maximize natural light and with enough structural integrity to support a new second-floor balcony. “We carefully examined the opening ratio of the arch and established an external frame before piling the bricks starting from the bottom to the top” explain designers, saying it was the most challenging part of the project. The red-brown hues of the bricks are covered in silver paint to “maintain the existing rough texture, while also giving it a glossy futuristic look.” 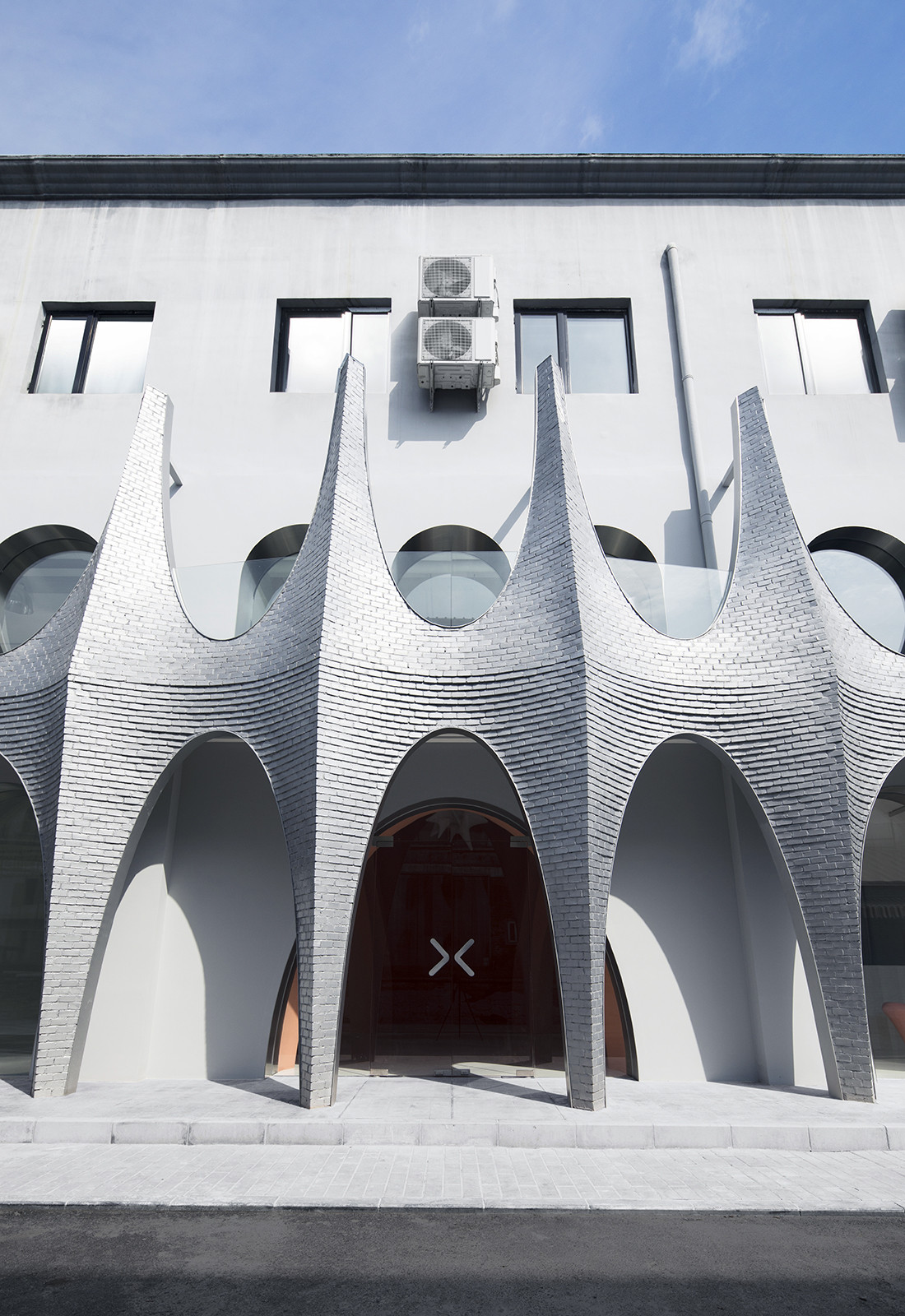 In the entrance lobby, 123 formed a domed curved space in pastel orange. The fluted surfaces mimic the façade’s shapes but contrast to the bare industrial girders and pipes on the ceiling above. A bespoke star-shaped pendant light—also in pastel orange—hangs from the ceiling. “It provides a soft light that gently illuminates the interior, welcoming visitors into its warm, bright interior” designers say. Adjacent is a reception area which, by contrast, is formed in bright white. Blue green neon lighting and corrugated surfaces give a new, ultra-modern vibe. Curtains separate these two spaces from the adjoining double-height photo studio which connects to second-floor spaces through arched cut-outs. 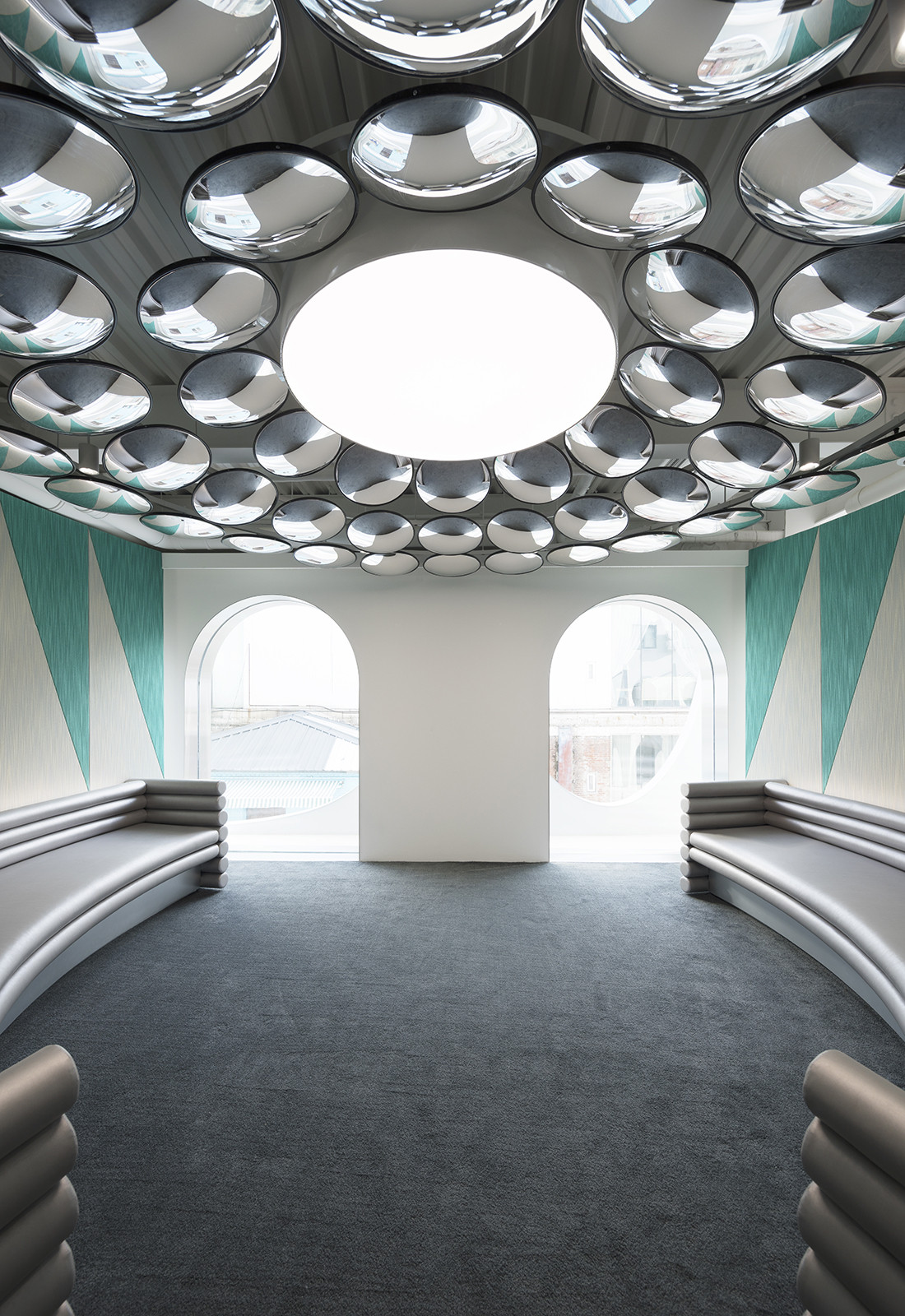 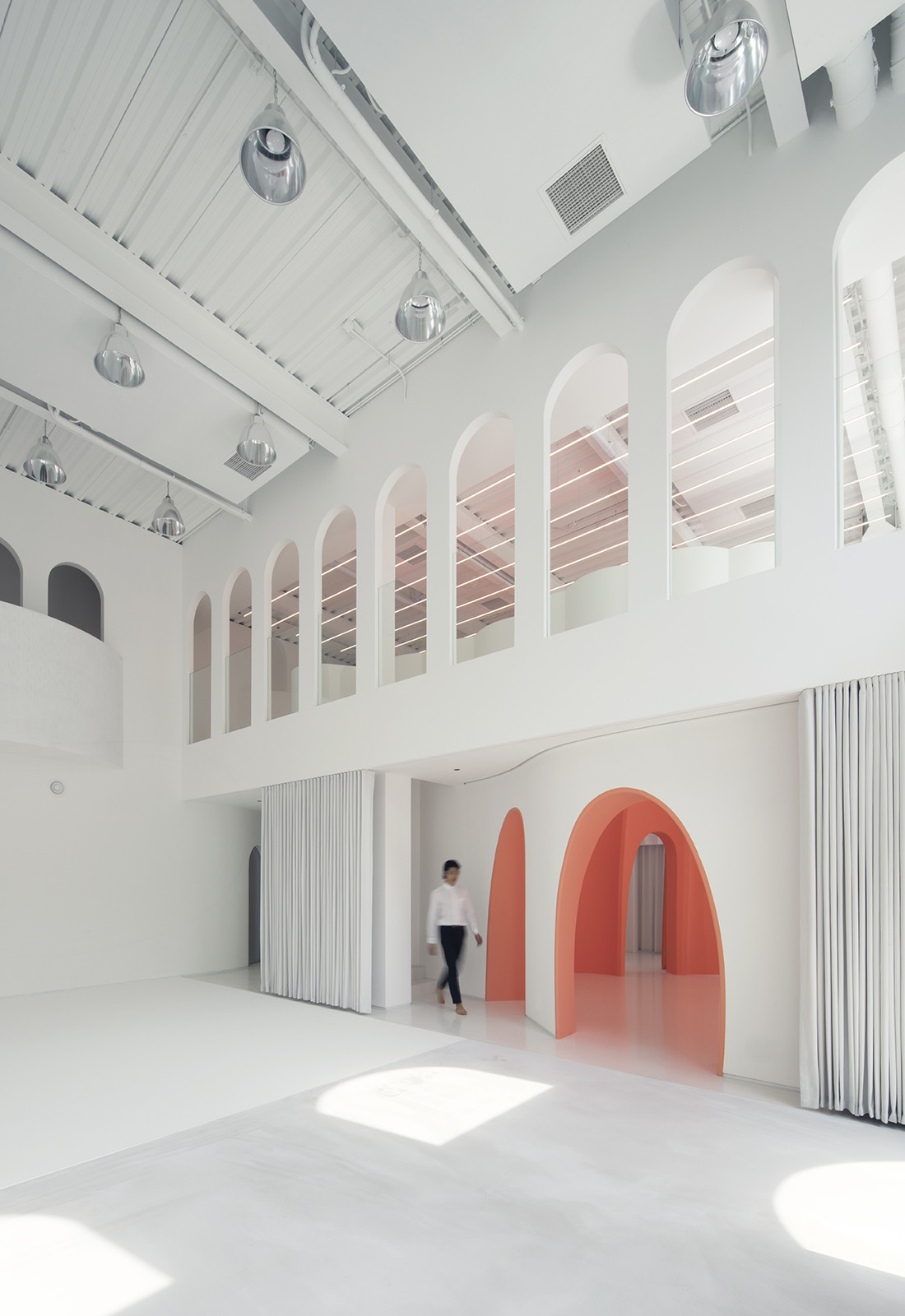 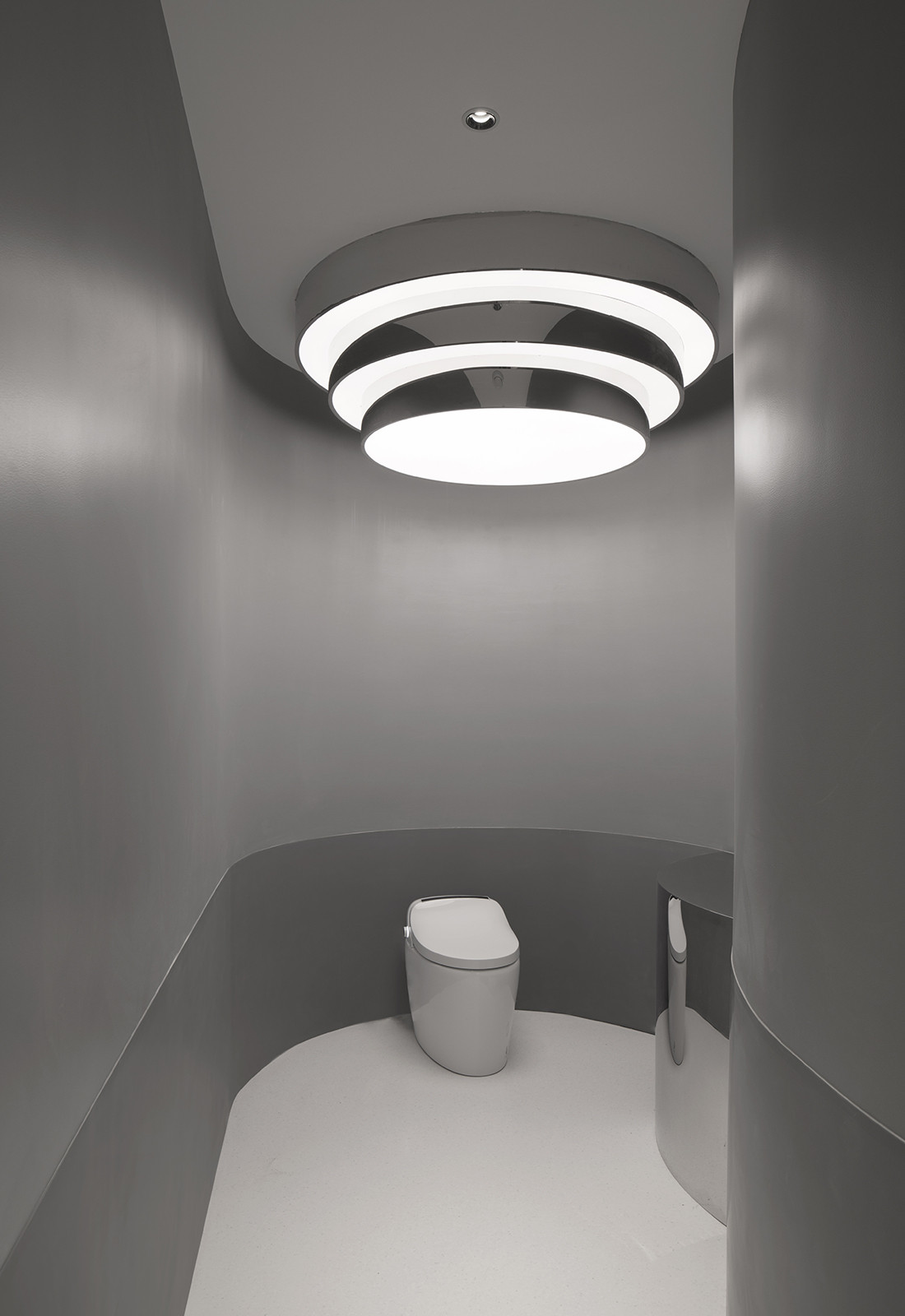 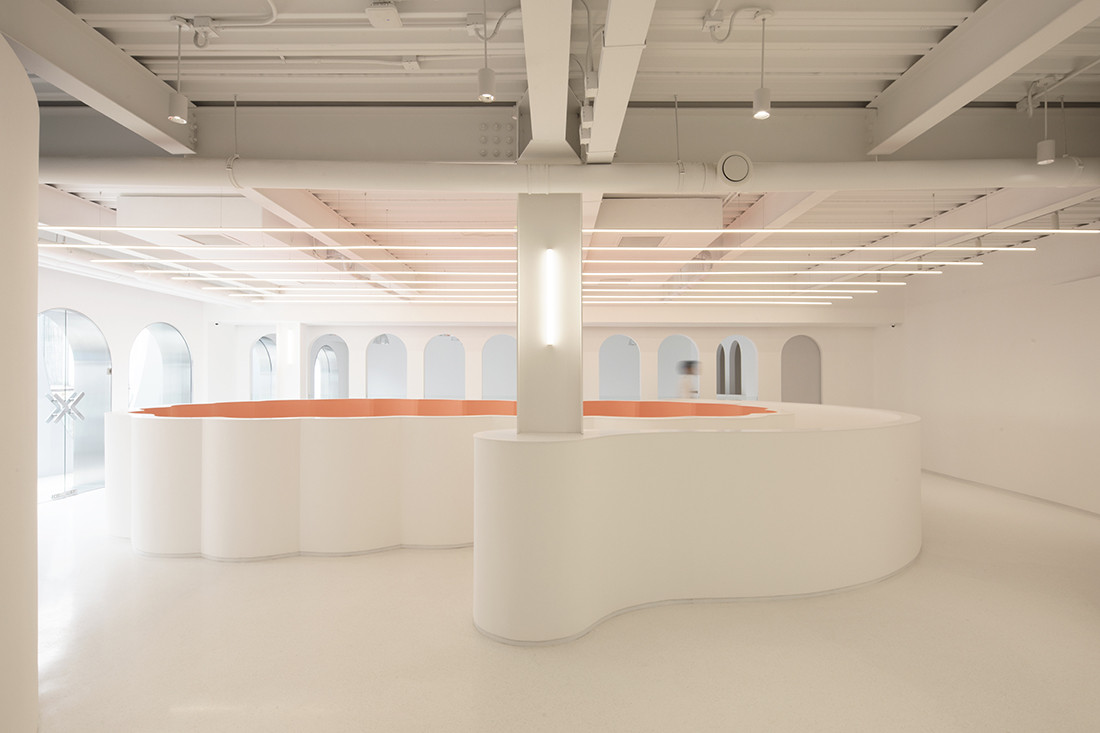 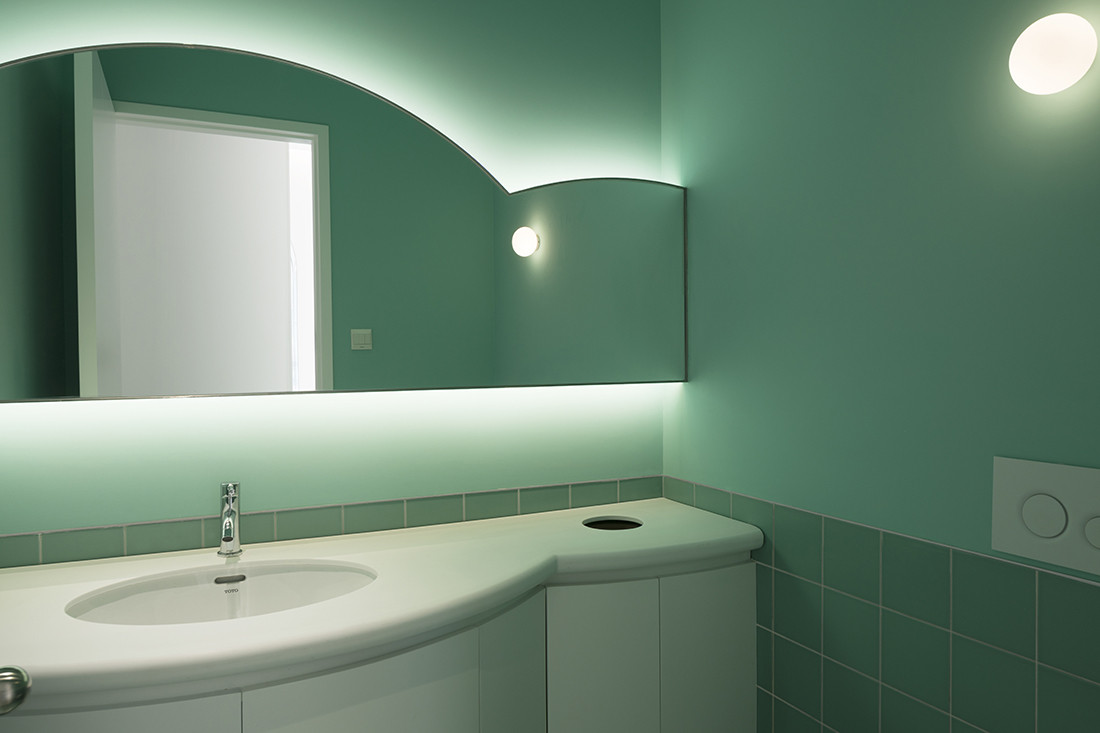 Upstairs, 123 have played around with a set of futuristic colour pallets and textures in a dining room, a lounge, and bathrooms dedicated to visiting VIPs. The space is centered around the circular-shaped lounge with walls covered in bold, luxurious fabric presented in block shapes. Custom sofas lining the space and convex mirrors on the ceiling draw focus to the balcony and external view at one end. The dining area takes inspiration from an exhibition space with lighting and mirrors housed in classic picture frames and arranged like a gallery wall. A make-up room features a cloud-inspired scalloped edge dressing table and matching mirror with lighting dotting the walls like stars in the night sky. Designers describe it as “intergalactic minimalism”. A long narrow bathroom in grey features an arched mirror and and a cluster of mirror balls on the ceiling. 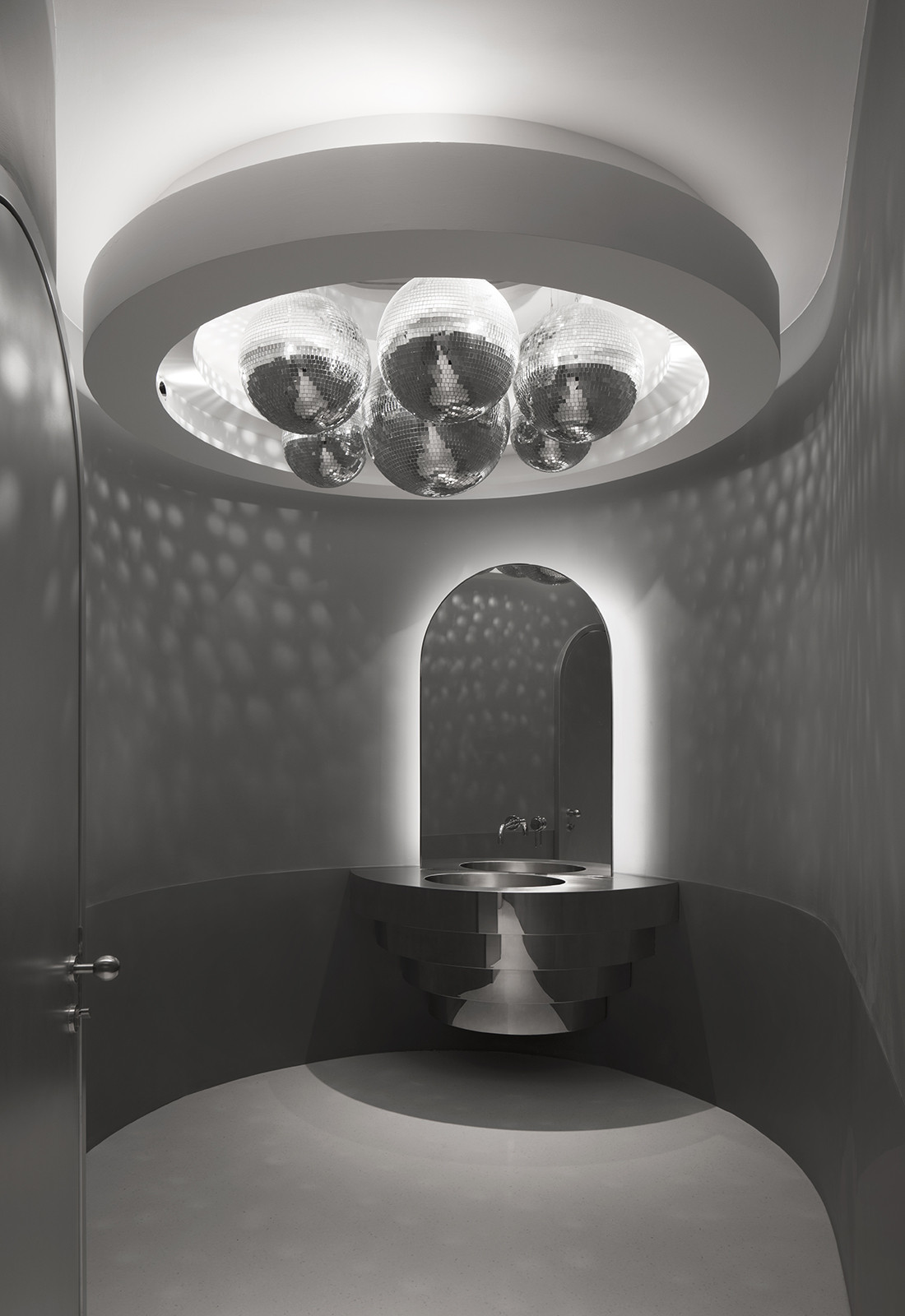 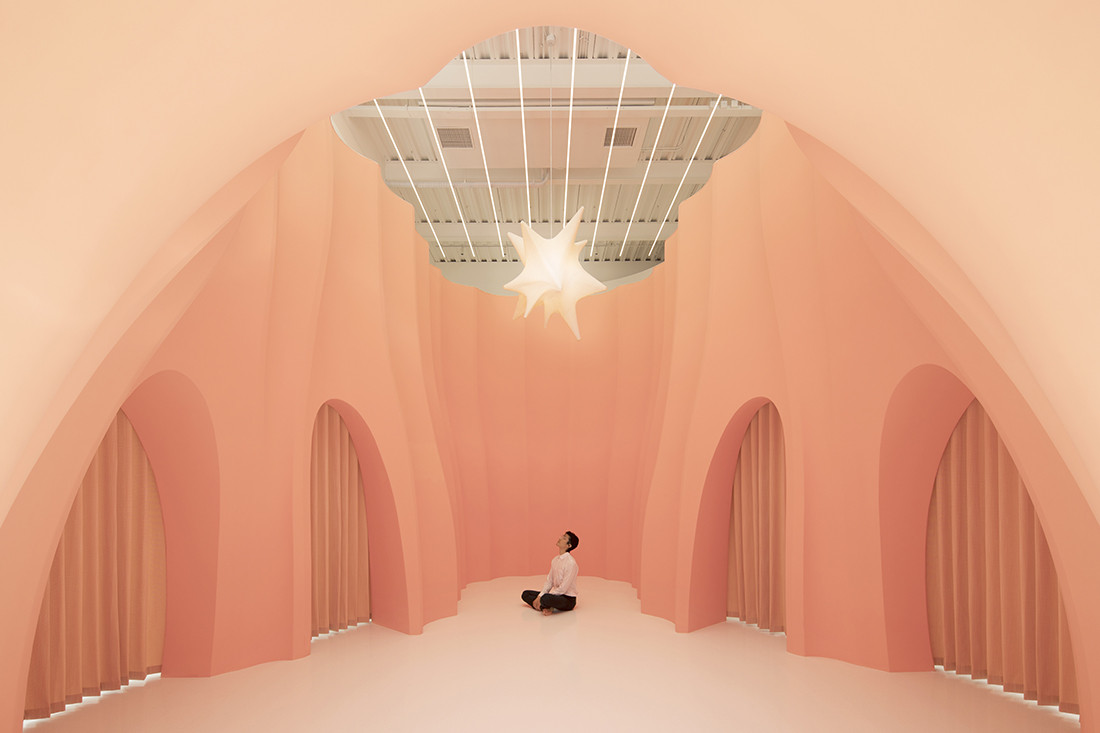 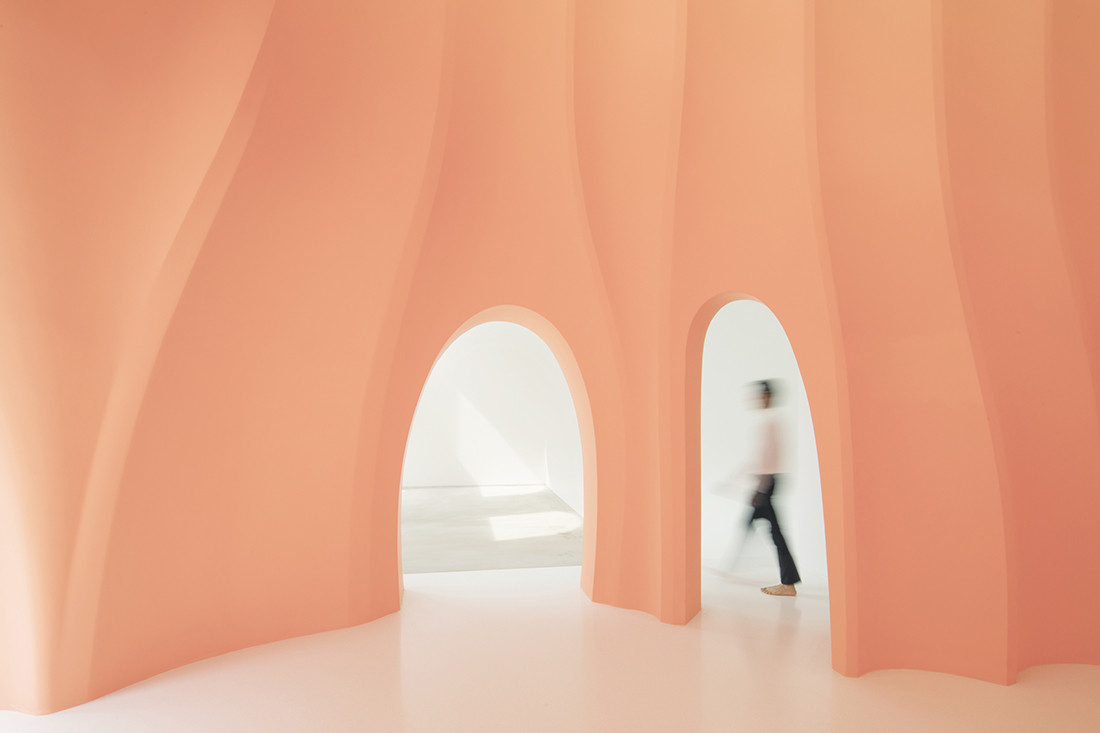 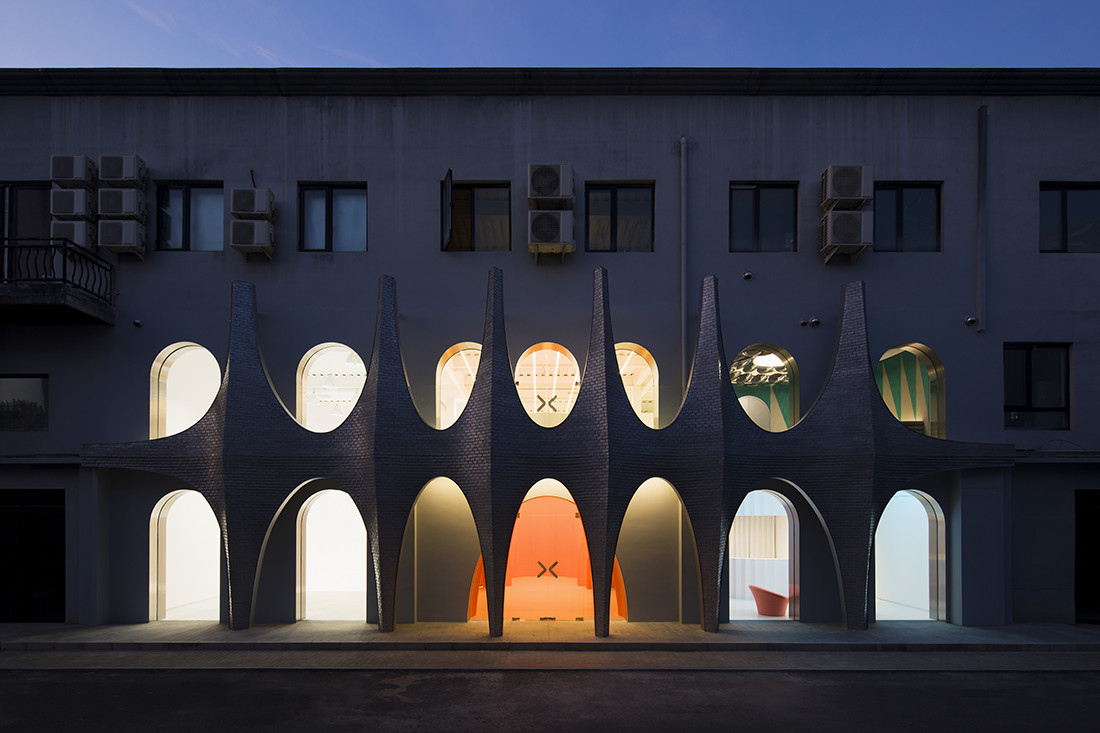 If you liked this article, we think you’d enjoy an article RISE: A wellness space upping the game for end-of-trip facilities. 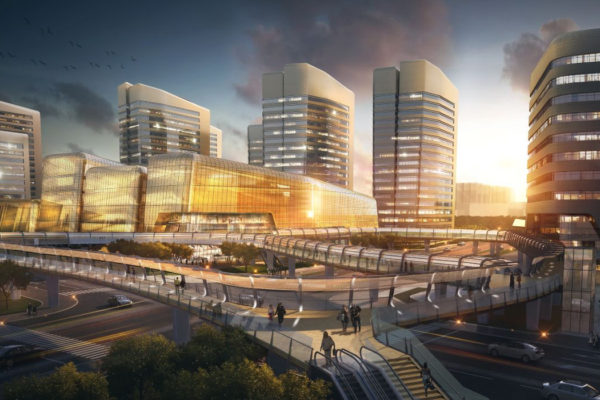 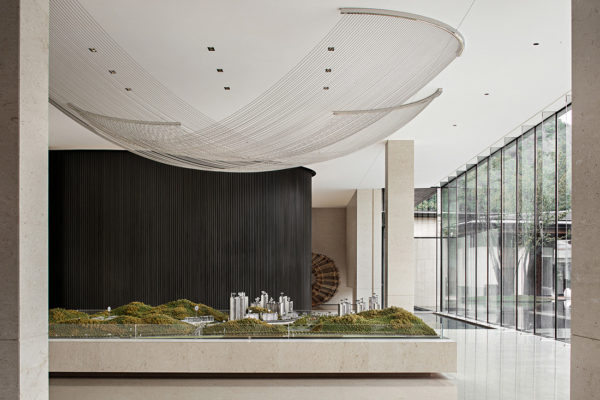 Designed to Show, Not Tell 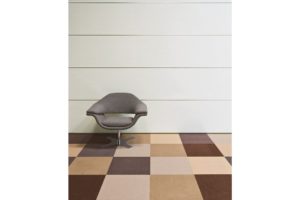 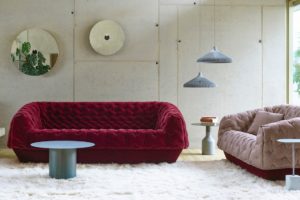 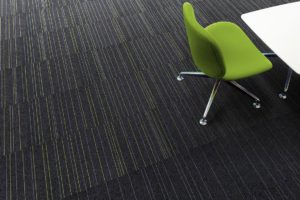 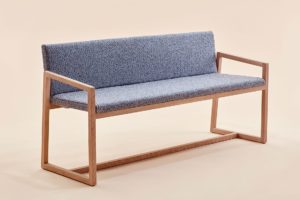 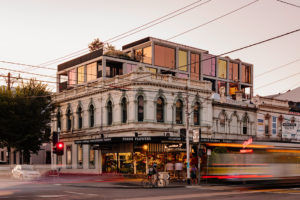