Once again (and in the spirit of their late leader, Zaha Hadid) ZHA have whipped up something extraordinary in collaboration with Samsung for Milan Design Week 2017.

The brief from Samsung was to deliver an un-restricted, un-inhibited – or ‘unconfined’ as it would later be named – interactive hub, which integrated a kind of space-age digital art element – designed by Universal Everything – that would tell the narrative behind their latest innovation – the Samsung Galaxy S8 Smartphone.

Every part of the installation works to respond to two key points: to amplify the immersive experience of the product itself, and play on the ‘galaxy’ theme of its namesake.

For example, upon entering, visitors are able to actually use the S8 to create their own avatar before seeing it appear on a series of molded screens that almost seem to float within the space. These ‘warped petals’ were purposefully designed by ZHA to almost completely eclipse the user within the simulated galaxy.

And although the idea is quite a progressive and un-tested one, the concept wasn’t exactly a brave new world for the ZHA team. “We’ve done exhibition design for our own shows and for other people’s shows, so we’ve worked with unusual forms of screens before,” says the firm’s Principal Architect, Patrik Schumacher. “The integration of animate graphic space with real space, and that overlay, we’ve explored before — but this is the biggest scale for that.”

The seven screens (measuring in at around five meters in length and 3.5 meters in height) are delicately suspended from the ceiling to produce an almost ‘anti-gravity’ feeling, where your internal axis’ are disrupted with floating canvases featuring the seemingly omni-present Universal Everything artwork.

Schumacher notes that “Samsung have emphasized certain values like curvilinearity and the seamless integration of physical and virtual graphic space, and I think we are expressing that. It’s in the actual form that we display subtle manipulations and organic forms. We designed the whole experience in terms of its physical presence. The more ambitious piece is the immersive installation, which is seven screens. These kind of warped petals are displayed in an interesting way, so you capture between different screens. Then there’s an immersive continuous image running across all of them. There is also an interactive element where you create your avatar to populate the screens.”

But rather than being a single piece of Instagramable content, the space is more of a journey than a one-stop experience. From the initial fixtures, the exhibition then guides visitors towards the second zone — a more brightly lit area where the S8’s features can be explored in more detail.

Milan is rapidly opening up to include non-traditional design companies such as Samsung, and while the presence of the likes of Pepsi, Nike and Samsung is hotly debated, when paired with skilled and knowledgeable design talents like ZHA, the results can be extraordinary. 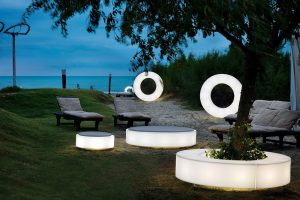 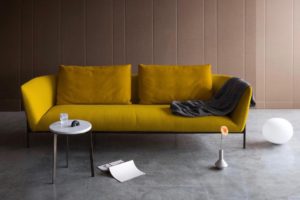 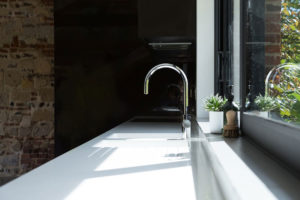 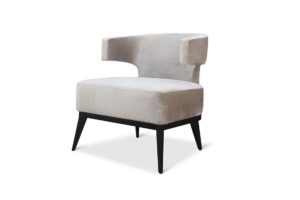 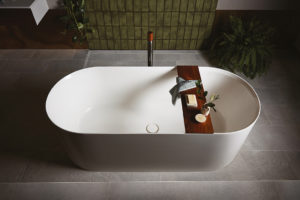 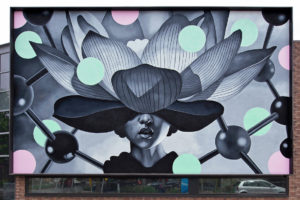