Analogue Tech Makes A Comeback With Ansarada by THOSE Architects

Something strange is occurring in modern workplaces—as our work becomes increasingly digital, our workplaces are experiencing a resurgence of ‘analogue technologies’. Ansarada’s Chicago studio, designed by Melbourne-based THOSE Architects, is leading the revival.

Something strange is occurring in modern workplaces—as our work becomes increasingly digital, our workplaces are experiencing a resurgence of ‘analogue technologies’.

When Sydney-based THOSE Architects were approached to design the second fit-out for global tech company Ansarada in Chicago—following a successful Sydney fit-out in 2013—they had already developed a deep understanding of the company. Operating since 2010, Ansarada provides secure financial services for mergers and acquisitions—all online. So their product is delivered almost entirely ‘in the cloud’.

“A lot of the fleshing out of the technical challenges and how to incorporate the technological infrastructure of the business were nutted out during the Sydney project,” says Ben Mitchell of THOSE. “Being such a progressive business, most of their tech infrastructure is located off site, which frees us from a lot of the traditional issues around physical server rooms within a commercial fit-out.”

Now that business tech has become so much smaller and more portable, and in many cases doesn’t even need to be located within the office, the infrastructure that supports it can be seamlessly integrated into a fit-out. In the Chicago project, the real infrastructure challenges came not from ‘tech’, but from the need for utilities, such as a kitchen, full library, lift core and a mudroom—the slushy Chicago snow is not something you want traipsed through the office. The solution is a central acoustically insulated core, which houses all these services.

“With the central black box in the Chicago space, not only does it operate with its obvious utilitarian functions, but it also operates as an acoustic device—softening sound bouncing off the hard surfaces,” Mitchell says. “We’ve clad the whole thing in acoustic plywood revealing a third purpose where those acoustic perforations in the plywood are then used with 1000 brushed brass pegs, enabling the whole thing to be transformed into a canvas.”

It wasn’t until working with the client on their first fit-out that the architects fully understood the importance of analogue technologies in the development of Ansarada’s products. “Whilst they have a very complex digital platform that’s their end product, it’s actually developed in a very analogue way.” Rather than digital whiteboards and apps, much of their ideation happens on butchers’ paper stuck up on walls. Custom stationery has been created to allow these large sheets of paper to be ‘pegged’ up on the walls of the central core for ideation.

In the Sydney fit-out, the space where a server room might have been was put to good use, with a custom billiards table. About a month after it was installed, the CEO began to feel a little uncomfortable with the amount of time staff were using the table during work hours. “He decided, rather than jump the gun and tell people they couldn’t use it, he would monitor the activity around the table,” Mitchells says. “He actually found that most of the discussion and activity happening around that table was problem solving. If staff had a problem to work on, they’d go and play pool and discuss it. Nine times out of ten they would leave with some sort of resolution as to how they were going to tackle it.”

When it came to providing recreation in the Chicago office, they decided on a full-sized batting cage. “It’s not just that we’ve thrown a batting cage in there because we have a space. It’s been put there for a reason. People don’t have to be tied to their desks to be productive, and maybe the reverse is true, it’s probably more productive to provide these sorts of opportunities for beautiful moments to take place.”

With the removal of cumbersome tech infrastructure, designers are able to create more-human workspaces, where computers are no longer the focus—even for a web-based product like Ansarada’s. Maybe it’s time to re-think what business technologies really are. Perhaps the emerging technologies in today’s workplaces aren’t made from silicon, glass and wires, but from timber, brass, and a batting cage here and there. 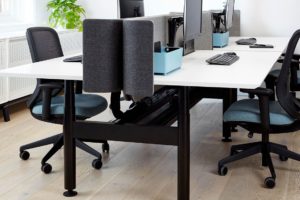 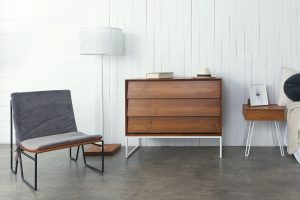 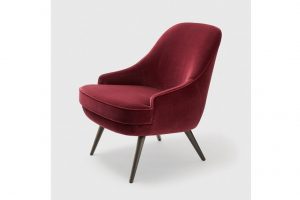 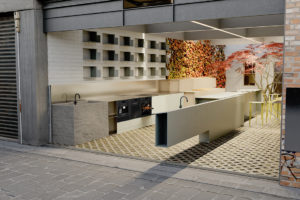 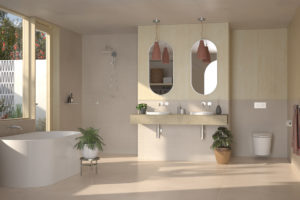