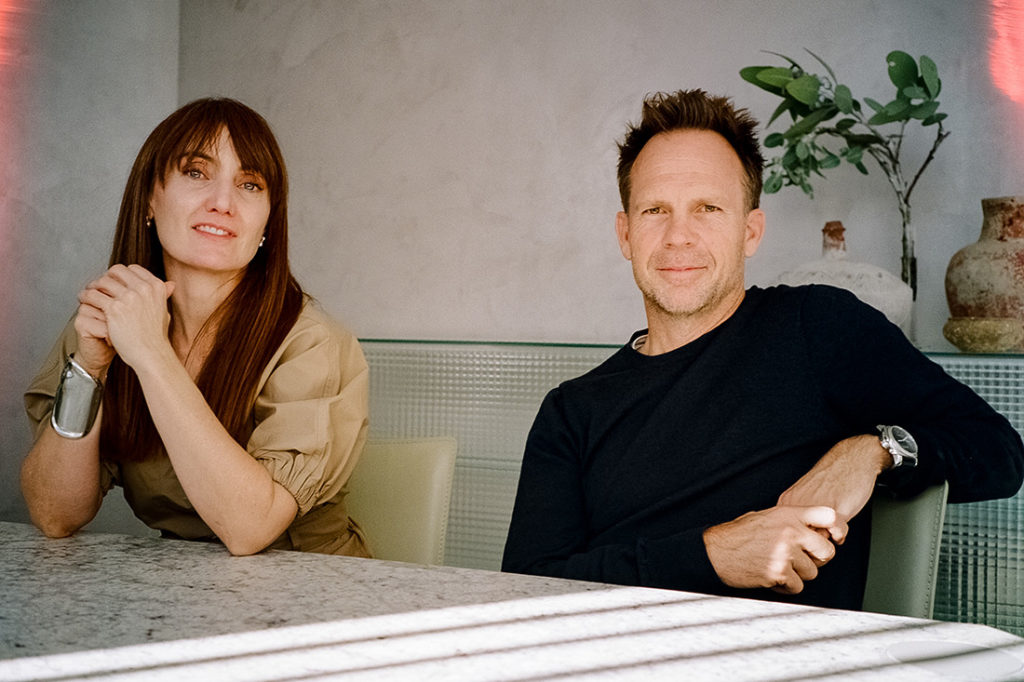 Quizzed about whether the success of his partnership with Kirsten Stanisich is because they are similar or different, Jonathan Richards comments that they are quite different. “I didn’t ever go to Kirsten and say, ‘Hey do you want to start a partnership?’ We just found ourselves together. It’s like an arranged marriage. A company just joined us and said, ‘You guys will work well together’.”

He says they are good friends and with an equally good working relationship. “We have lunch all the time, we hang out together – it’s a very easy conversation and throwing up of ideas.” But Stanisich quips that “it’s like having a big brother who can tell you to pull your head in”.

The company that brokered this professional marriage was SJB, the Melbourne-based architecture and interior design firm which 23 years ago sent a fairly raw young architect and designer, Stanisich, to Sydney to start up a new branch of the practice. 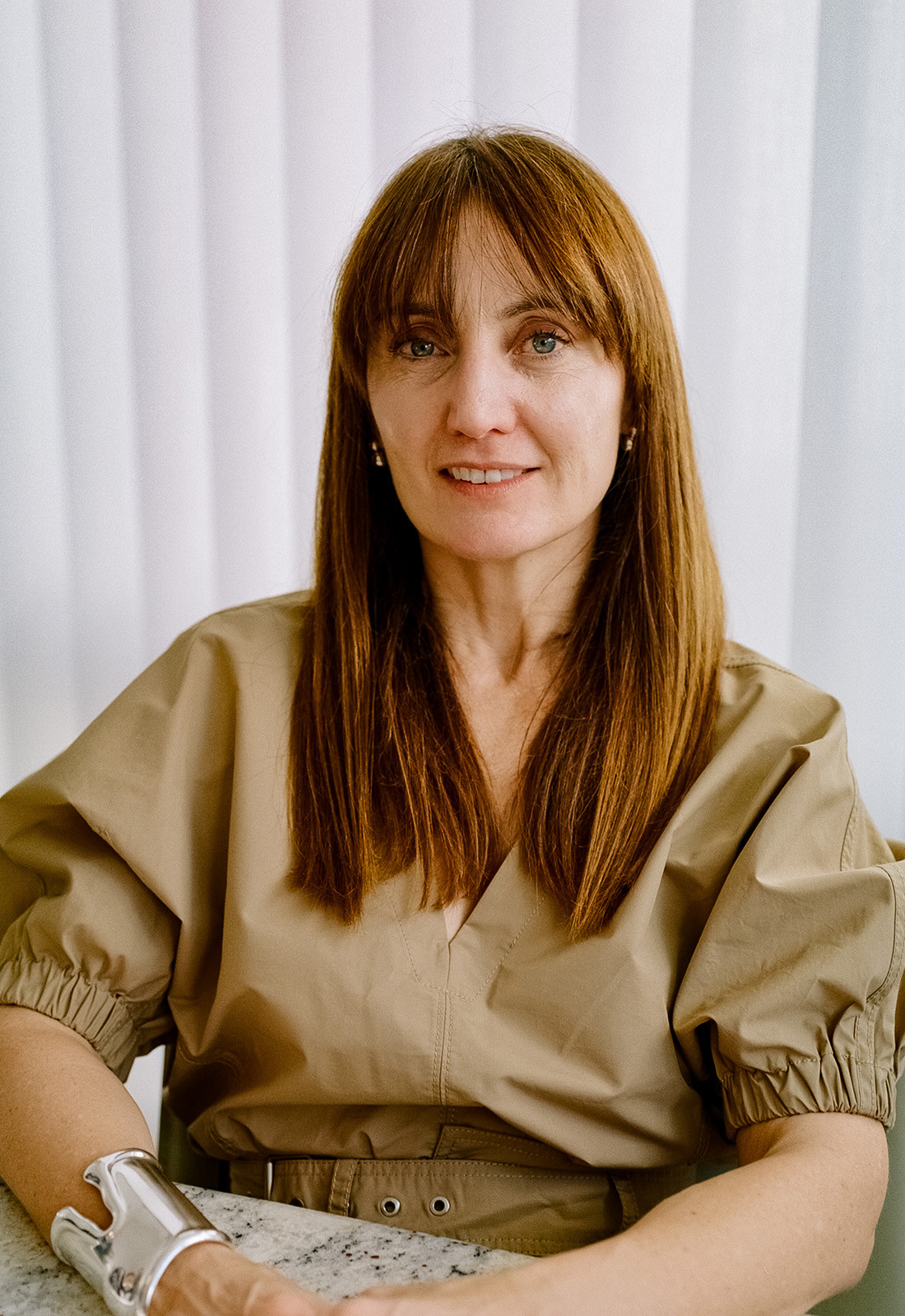 For Stanisich, architecture hadn’t been an obvious choice. She was halfway through a classics degree when she bailed out into architecture at Melbourne University. “If the world was a different place,” she elaborates, “I would love to be a fashion designer. When I say fashion, I don’t just mean things changing, I am talking about the essence of materiality, silhouettes, fabrics. To me fashion really reflects what’s happening socially.” But at university she was sustained by a group of fellow architecture students who helped
her clarify the path forward.

Following graduation she worked for an architect in Melbourne for two years before joining SJB. “I ended up working with Andrew Parr on the casino in Melbourne and I realised I really liked the interiors side, so I [stayed] in interiors. Andrew’s got an incredible energy about him. And he just loosened me up about the possibilities of what things could be.”

Sydney was a challenge and she says she was “thrown in the deep end a bit”, but it was the “right place at the right time” and she got to work with Andrew Parr on iconic projects such as MG Garage and the Establishment Hotel.

Richards’ early years were equally circuitous. He didn’t really know what he wanted to be, but at school he was good at drawing and liked maths. “I didn’t even know what architecture was, really. I wanted to be an artist. But my dad didn’t support me, saying I’d never make any money as an artist. I didn’t really believe him, but I was too scared to just embark on being an artist. So, I enrolled in interior design [at University of Technology Sydney] thinking it might be an artistic form of architecture. I did like modern buildings and I liked being in them, but I didn’t think I was capable of architecture. With interior design I thought I could draw and use my artistic passions in some kind of three-dimensional shape. And I really enjoyed it.” 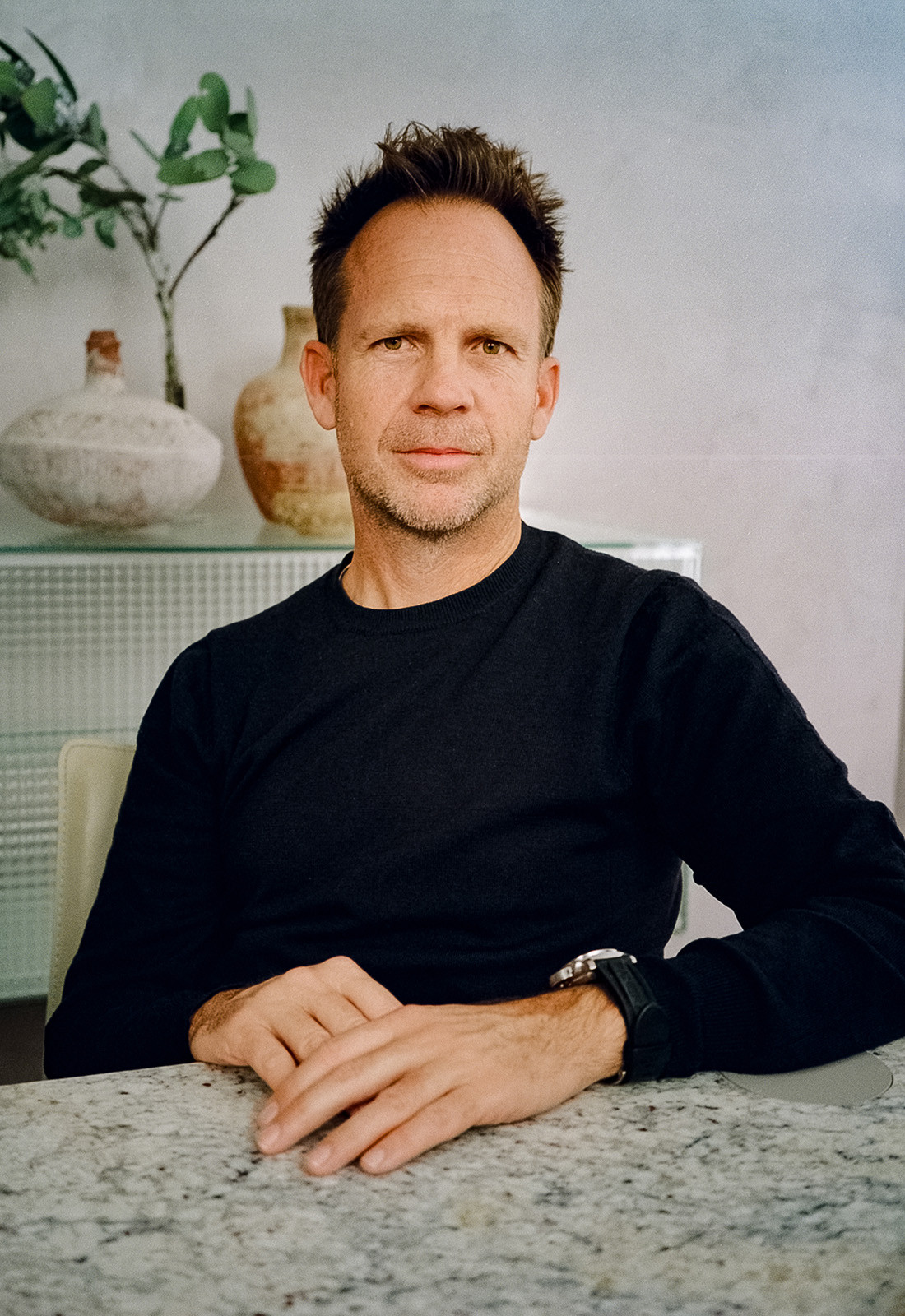 His first job was with BVN (originally Bligh Voller), which he loved. Then he thought he should get back to his “artistic leanings”, so he went into exhibition design, working for Freeman Ryan before becoming the exhibition designer for the New South Wales State Library. He then went to live in London, returning in 2002 with a view to working with Burley Katon Halliday (BKH). But a friend suggested SJB instead. His friend said “they were completely different to BKH. It had a Melbourne aesthetic, darker. So I went to an interview with Kirsten and Andrew [Parr]. I got the job and I started working from 2003.”

But for a long time they remained partners with Andrew Parr and Michael Bialek who Richards describes as “a real mentor to both of us, a kind of father figure, a gentleman”. In effect, the many years at SJB were an apprenticeship and one of the benefits was that “there were older people who could teach us the economics of running a business and the financial side of running a design practice – making it profitable so that you could keep doing it”. All of this put them in an excellent position to branch out as an independent practice. 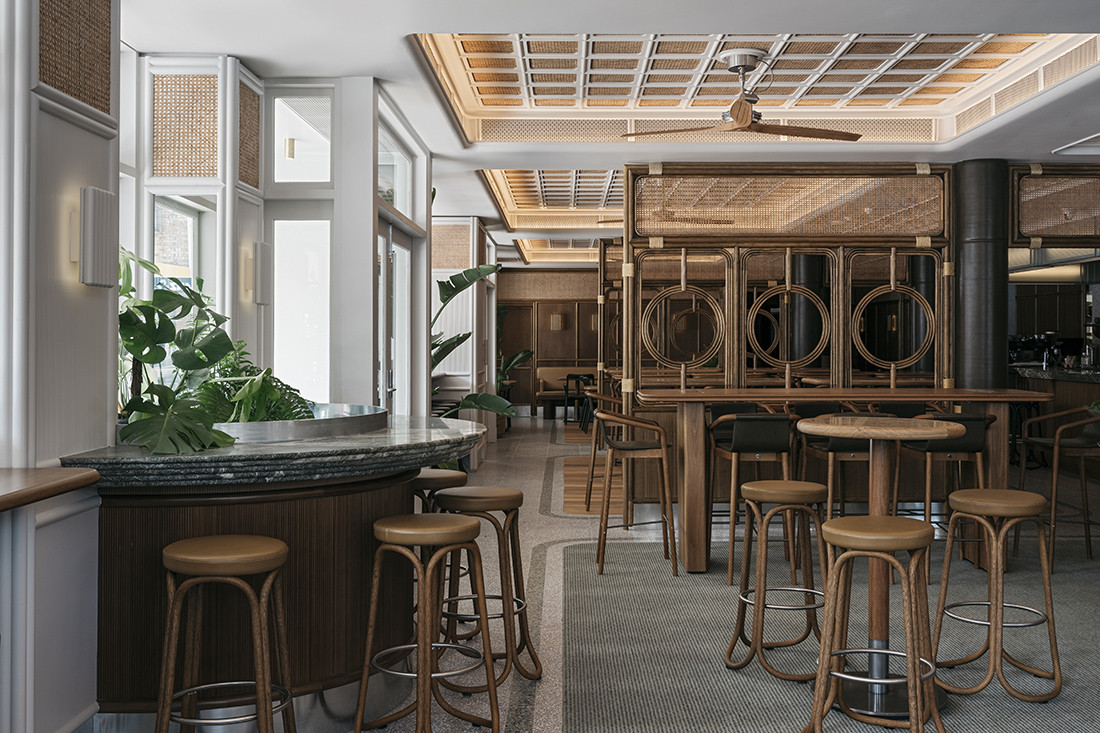 Essentially it meant simply re-branding so that now, just over a year after the launch of their own practice, they retain their clients, the same staff, even the same studio. “It had an emotional impact,” says Richards, “but on a pragmatic level we simply changed the name on the door.”

Psychologically, it has certainly made an impact – the kind of impact necessary to refresh the practice and bring it toward new horizons, which now include furniture and product design. Richards says they now feel more “hands-on, there’s a new ownership, a new way of working”. He has noticed that they take extra care when presenting and he and Stanisich have established their own studio space where they can experiment privately with materials, samples and finishes – what Stanisich describes as “a sanctuary space where we can go and think”.

So, what makes the ‘marriage’ work? Is it because they are alike, or because they are actually different and complement one another? “I think,” says Stanisich, “the main thing is that we have a strong aesthetic together – not just in the look and the feel, but the whole idea of what we are designing and why we are designing.” The fact that they work at a boutique scale means they can change the way they work if appropriate – something more difficult to do in a larger organisation. This is evident, says Richards, in the way they are becoming “more detailed, more tailored” and, adds Stanisich, with “more of an obsession for fabric”. 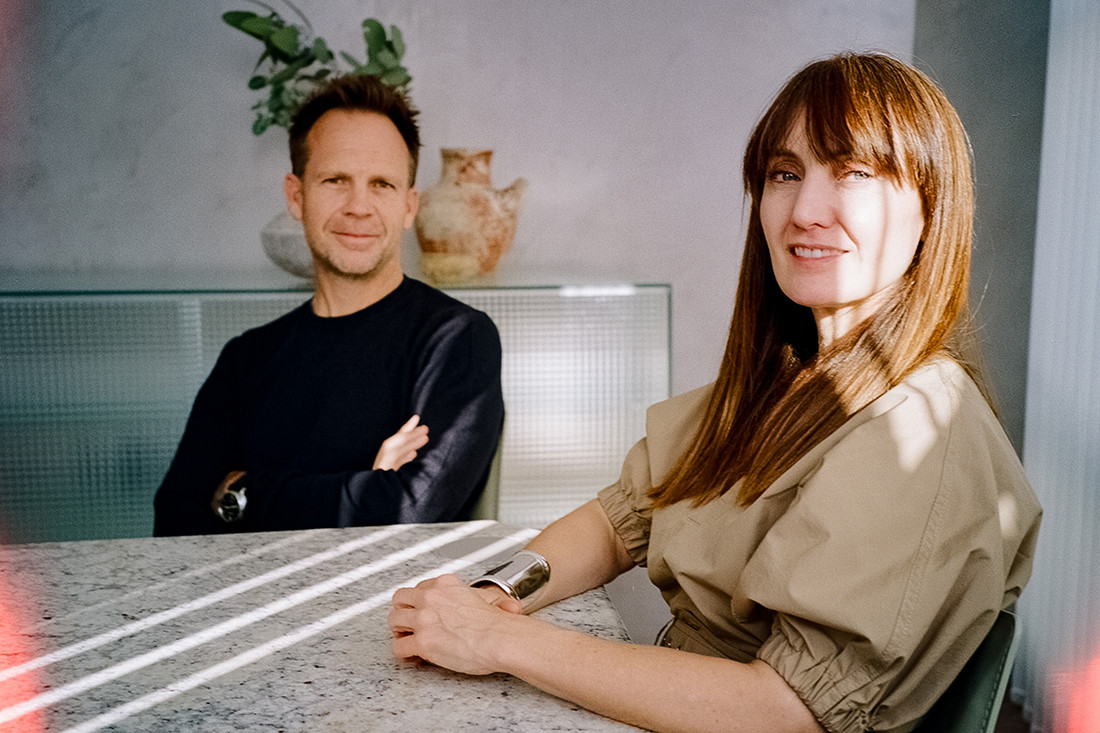 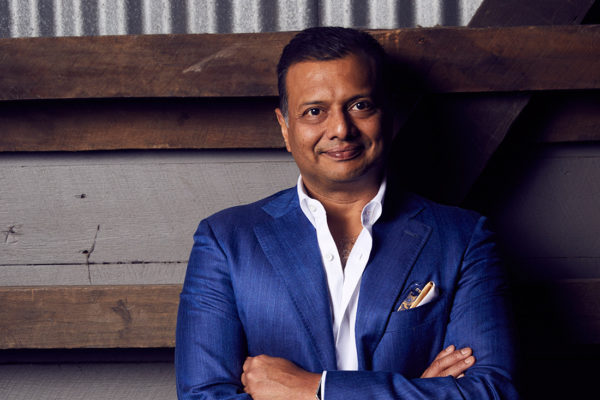 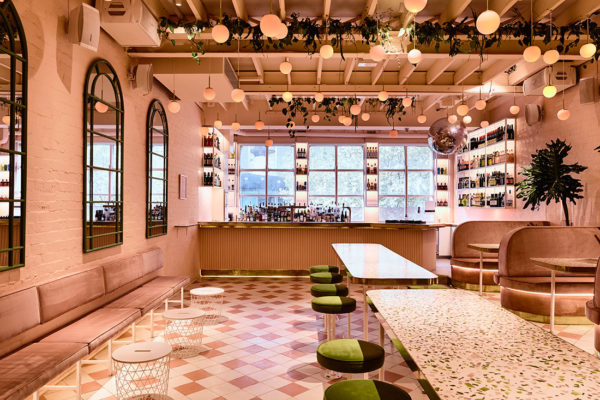 What’s not to love about Peaches? Pierce Widera’s stunning rooftop cocktail bar channels the 70s, 80s and 90s in an electrifying hospitality vibe. 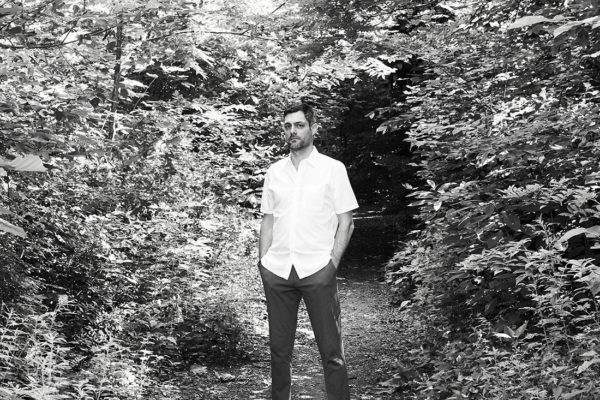 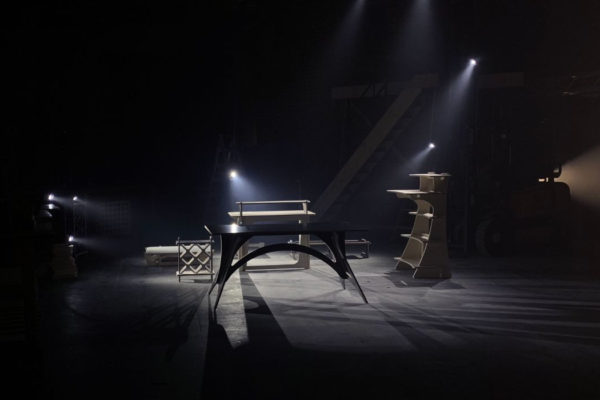 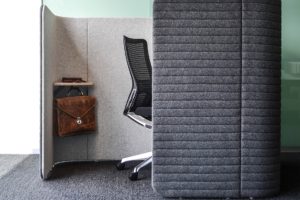 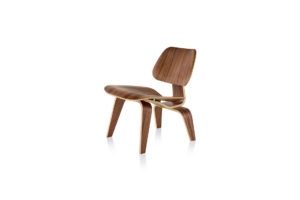 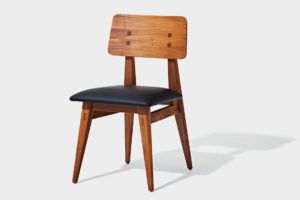 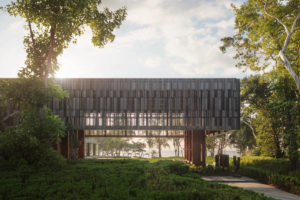 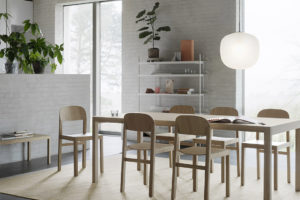