On the Ground in Milan: Evolvex

Priyanka Rao of Evolvex visits Satellite at the Milan Furniture Fair and brings us her top picks.

Housed within the Rho Fiera, The Milan Satellite is an exhibition of the work of young designers.

The purpose of the Satellite exhibit is for manufacturers to spot the ’next big thing’ in design and after doing so, to work with them on building a commercial product and releasing this to market. This year many designers pushed the limits of materials, forms and manufacturing processes.

Bounce Chair (above) by Indian designer Fenny Ganatra was shortlisted for the Salone Satellite Award and has been making waves internationally. The web of silicone chords that form the seat provides back support by adapting to the shape of the body without the use of any mechanical parts.

Décafé by Spanish Designer Raul Lauri is a product made from coffee grounds that were heat and pressure treated. This designer was the winner of the Salone Satellite Award. Décafé hopes to “give a second life to coffee grounds as a biodegradable and renewable material while taking advantage of its emotional aspects.” The launch collection consisted of table, pendant and floor lamps. Solaris by Melbourne-based designer (and recent GOTYA winner) Tate Anson was exhibited as part of the ’Melbourne Movement’ stand. This clock is made from a single piece of timber and carefully machined and steam bent to form its intricate shape. Mesdames Plissées by German designer Petra Wűstling are foldable and customisable lights that are “produced in the same manner as pleated skirts; the flame resistant polyester fibre achieves its final stiffness only by pleating.” The amount of light that falls through can be manipulated by reshaping the segments. Stay tuned to Indesignlive for more coverage from Milan 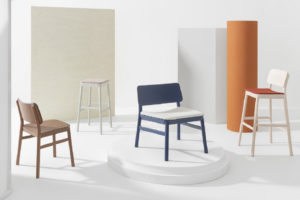 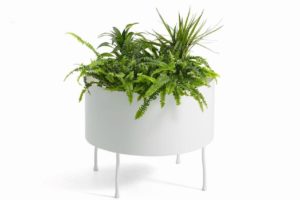 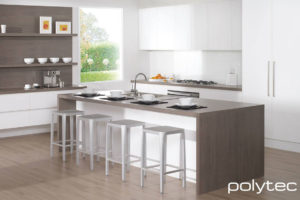 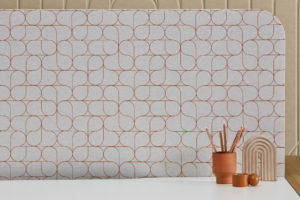 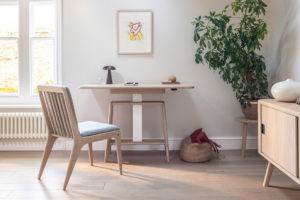 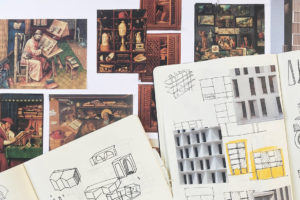