Want to be a truly international brand? Here’s how one of Australia’s leading suppliers is taking over the world

We talk a lot about the importance of a the globalism of contemporary design, but one of Australia’s leading brands is working toward building an international design community. Here we look at the global growth of Schiavello in recent years.

There’s no denying that the world is more interconnected than ever before. Thanks to advances in technology – particularly wireless connectivity – and a growing international sense of community, we are more in touch with our peers around the world than any generation to have preceded us.

This is influencing all major disciplines and industries, not least of which is design. Nobody understands the complex relationship between globalism and design better than Schiavello, who are returning to this year’s INDE Awards as the Launch Pad partner for the second year running.

The connection between the Australian-born design juggernaut and the Launch Pad program could not be more fitting. Having recently celebrated 50 years of design excellence in Australia and expanding across Asia Pacific and the Middle East, Schiavello uses its growing international presence as a launch pad for new and diverse cultures of design. By immersing themselves into different – and often disparate – cultures, Schiavello is able to gain a comprehensive, nuanced insight into the challenges and opportunities appearing on the international design landscape.

Their presence across different continents places them in the unique position of watching the various trajectories that a single trend may take in different contexts, and allows them to anticipate upcoming needs and trends with astounding accuracy. Taking a central role in the ongoing design dialogue within and between many different countries in the world places Schiavello in prime position to lead international design culture by example – and lead they do.

Demonstrating a firm grasp of the sensitivity needed to navigate this hyper-connected age, Schiavello is ushering in a new age of design that encourages cross-pollination between cultures. By strengthening ties between their clients and designers in different countries, Schiavello seeks to foster respectful dialogue and interchange between different design cultures rather than encourage mere imitation. Schiavello‘s vision of globalised design is one that borrows, not one that steals; it’s neither pastiche, nor reductive, nor about simply copying styles or iconography. Instead, it’s about closely studying how other design cultures have solved problems in the past and drawing inspiration from – and adapting – these techniques. The resulting products are far greater than the sum of their parts.

For his Toku range for Schiavello, Sydney-based architect and designer Gavin Harris looked to traditional Japanese design for inspiration. Named for the Japanese word for ‘talk’, the range of commercial furniture is designed to provide a space for conversation and collaboration within the workplace, and is redolent of Harris’ inspiration source in both look and feel.

Translucent screens mirror rice-paper dividers, and perfect proportions (one bench is the full width of a screen, and twice that of a square ottoman) call to mind traditional tatami-mat modular systems. Deftly merging Eastern and Western design cultures with ease, Harris goes beyond tokenism to craft a genuine, meaningful connection between the two.

Similarly, Schiavello has been integral to the formulation and deployment of a universal commercial design language that makes sense across different cultural contexts. Immersing themselves into commercial spaces in different countries, the Schiavello team understands that globally, though workplace culture has shifted, certain things remain the same.

At the core of our commercial culture remains a driving desire to be productive at work, and to be comfortable as we do it. What’s more, not only is the how and where of where we work changing, but the substance of work is evolving, too: today, workers are valued not for their specialisation, but for their ability to do multiple things at once.

Designed by international design luminary Mario Ruiz and available exclusively through Schiavello, the MR Chair taps into this global trend and responds in a design language that resonates around the world. The recipient of Spain’s National Design Prize, Ruiz is renowned for his dexterity with vital forms and timeless shapes, and the MR Chair is no different. Like today’s workers, it’s a pro at multitasking and flexible to boot, offering an astounding 75 variations of frames, cushioning, and shell colour. The MR Chair is also fluent in functionality, a language that has transcended cultural boundaries since time immemorial.

The sheer scale of Schiavello‘s global experience also grants them the unique ability to understand what works and what doesn’t, in turn helping them make design trends more accessible. Though well meaning, some trends are simply difficult, if not downright unfeasible, to implement in certain contexts.

Take for example the green movement trend, which is catching on around the world. Lauded for its undeniable boosting of employee mood and productivity, the green trend is difficult to incorporate into some offices where space and budget preclude commitment to large-scale green walls or elaborate suspended plant systems.

Enter Vertical Garden, a plant-friendly shelf system designed by Joost Bakker for Schiavello. Akin to the gridded plant walls at Bakker’s famous “Joost’s Greenhouse”, the Vertical Garden gives offices and commercial spaces the chance to enter the green design movement at whatever scale suits them best.

Want to commit to a few leafy friends and see how that goes before adding a few more? No problem – Vertical Garden can be used as a normal shelf in the meantime, as you adjust to the benefits and responsibilities of plants in the workspace. Jumping into a new design trend has never been less intimidating, nor easier to customise.

Whether it’s a new way of thinking, a novel international design language, or a more nuanced iteration of cultural cross-pollination, Schiavello‘s introductions to the global design stage are truly peerless.

We can’t wait to see what they use their international connections to launch next, and look forward to partnering with them for the Launch Pad program as 2018 progresses. 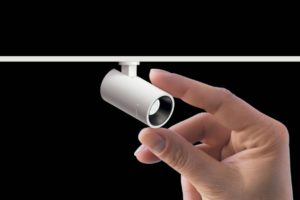 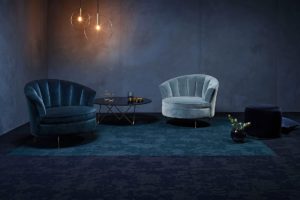 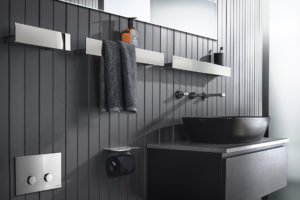 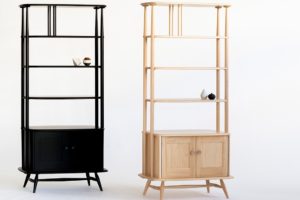 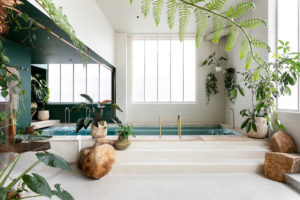 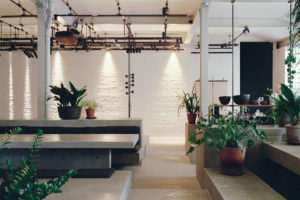