At 25 years old, Zouk Singapore is the country’s longest running entertainment institution, so it’s not surprising that there’s been much buzz surrounding its recent move from its long-standing location at Jiak Kim Street to Clarke Quay’s Cannery Block.

Designed by interior design firm Independent Consultants, the new Zouk location retains the signature dance stages of Zouk and Phuture. It also houses a new restaurant and bar called Red Tail, and is set to unveil a fourth offering soon.

Phillips Connor, Founder of Independent Consultants, shares that ‘evolution’ was the theme and the overall concept driving the design of the new space, which was intended to be a progression of all that Zouk clubbers loved about the former venue.

“We wanted to play around with the idea of a space that is dynamic and versatile. While its predecessor is known for four distinct yet independent outlets, the relocation has provided us with the opportunity to break down the barriers of standalone spaces to inject flexibility and coherence to the signature outlets without losing the essence of both Zouk and Phuture,” says Connor.

Spanning two floors, the interiors are set to an overarching neo-industrial and futuristic aesthetic – a nod to the underground rave clubs and refurbished warehouses in New York and Berlin.

The open foyer has an industrial appeal with folded metal panels atop graphic tiles inspired by the Zouk Eye, while four glow-outlined columns, fluorescent fan blades, and ceiling lights set the tone for the party within.

Zouk remains the main club zone and is accessed via a dramatically lit and sculptural tunnel. As the main stage for electronic dance music and headline acts, Zouk covers two floors and is flanked by three independent bars at three corners. The neo-industrial theme is found in the use of raw brick, rusticated metal and concrete. The furniture pieces are made with machine-aged detailing and have storage under seats and tables, and the use of real construction materials gives the space a steam-punk edge.

Zouk’s pièce de résistance is a huge custom light structure that hangs suspended over the dance floor. The installation was designed and programmed by Barcelona-based lighting firm, LEDSCONTROL with the purpose of bringing about a ‘cosmic immersion of light and dance’. It’s made with lightweight metal that’s commonly used on aircraft and features 120 light patterns across a 360-degree view.

“It was not an easy feat creating a centerpiece worthy of the unique identity that the club has amassed over the years, but when we did, the result was this out-of-the-world structure that I’m sure, has never been done before,” says Rebecca Sanchez Pastor, Founder of LEDSCONTROL.

At Phuture, the sounds of hip-hop, R&B and contemporary urban tunes continue in an intimate, urban space. Clubbers are led through a tunnel lined with a graffiti-esque artwork titled The Cosmic Rabbit Hole into the Phuture by local artist Jahan Loh. The circular dance floor is surrounded by custom retro themed bar stools and vinyl casted tables, and glitzy elements complement the music being played.

Read more about Zouk Singapore in the Apr/May issue of Cubes Indesign. 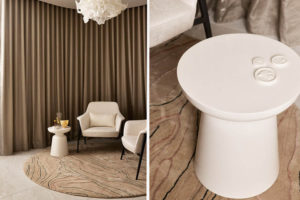 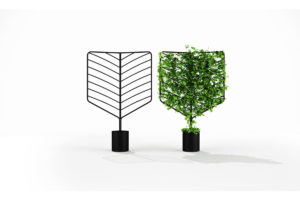 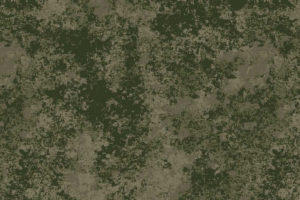 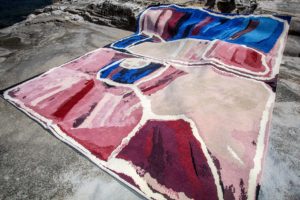