A warehouse in the sky: Crone Architects’ office

One way to engender a paradigm shift in organisational culture is to shed one’s old skin and seek out new horizons. Pioneers of change, design directors Sandra Furtado and Niall Durney are taking Crone Architects on a journey of transformation that starts with people and place.

Think of Crone Architects and you probably think of high-rise commercial buildings. But Crone has been quietly re-inventing itself, led by young design directors, Sandra Furtado and Niall Durney. Hence, the practice has recently completed small-scale projects like the Orange Regional Museum (winner of the Sulman Medal for Public Architecture 2017), and The Connection – Rhodes Community Centre. 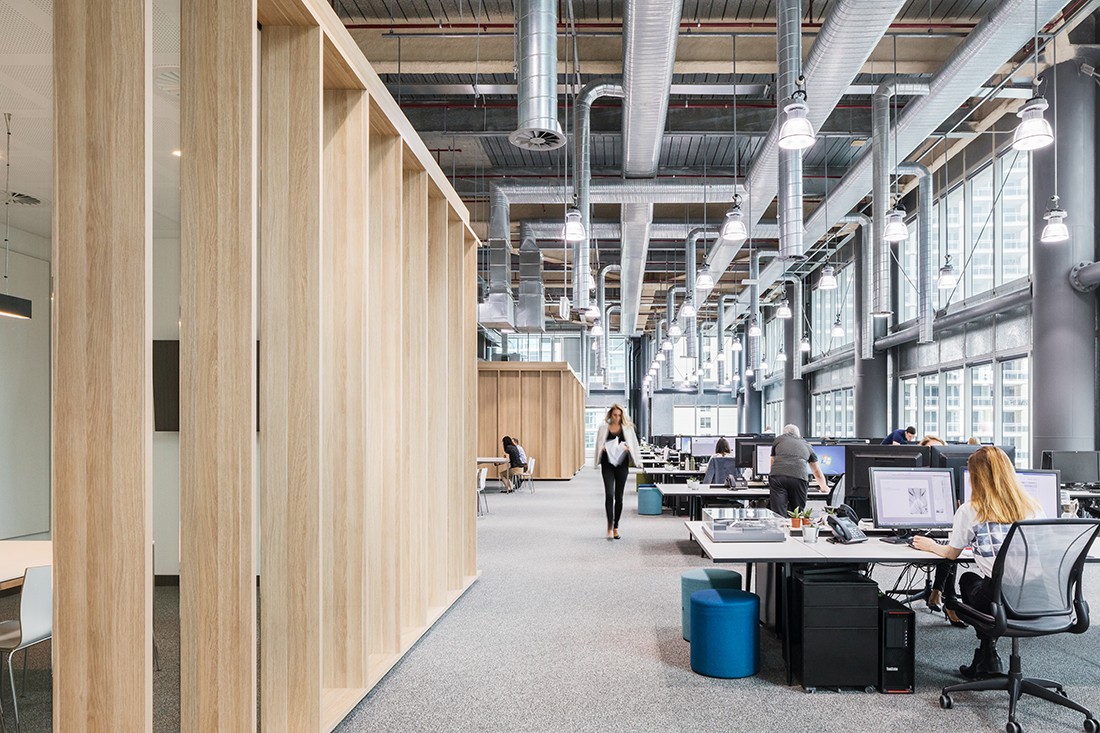 Although at 850 square-metres with a 7.2-metre floor-to-ceiling height it is anything but small-scale, Crone’s new studio at Sydney’s World Square is a stunning metaphor for an architectural practice renewing itself. Its huge space and fully glazed north-facing façade make it unique among architectural offices and it acts as the physical analogue to Crone’s cultural shift.

Crone had been in its Kent Street premises for 25 years where the staff were spread over three levels with little connection between the practice and visiting clients. So, they began to search for a new location. “We were keen,” says Durney, “to find a space that could speak for itself and we really liked the heritage of Transport House in York Street.”

.
“We were keen to find a space that could speak for itself.” – Niall Durney
.

But it suddenly became unavailable, prompting them to follow up on a tip to check out the Ernst & Young (EY) commercial tower at World Square, designed in fact by Crone back in 2005.

At the time, Level 18 (just above podium height, but with grand views north down George Street) was being used as EY’s mail room. It was dusty and dirty with “giant compactors dotted around the floorplate”. 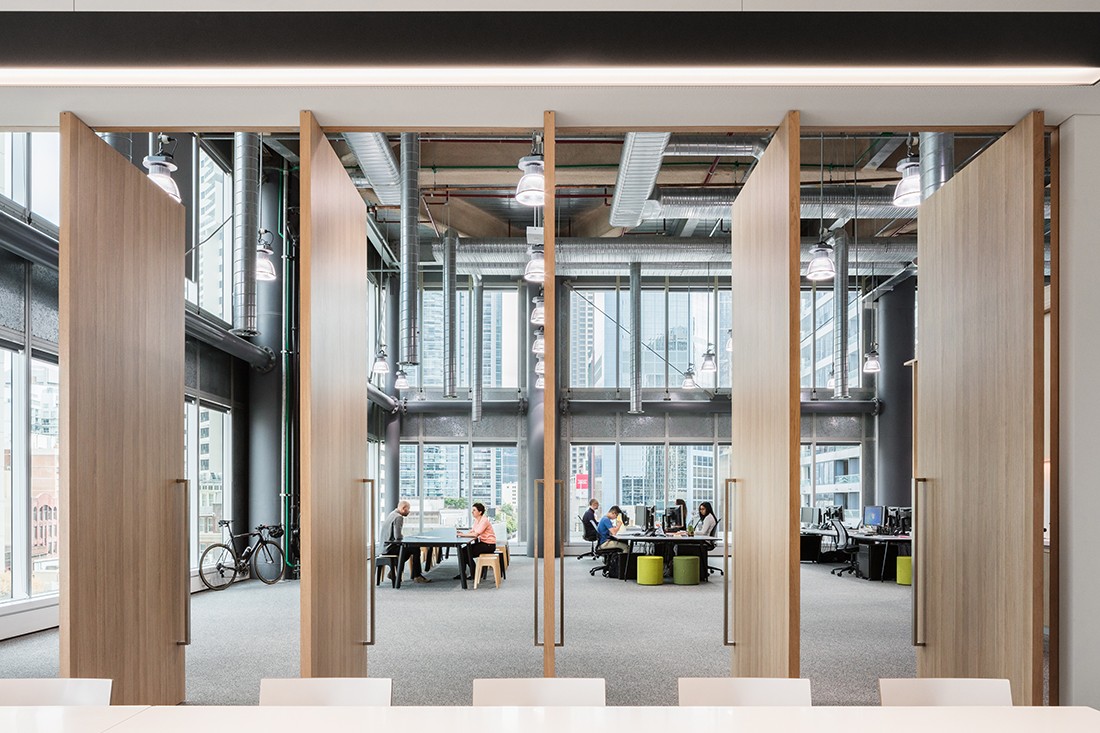 “We came here on a rainy day,” recalls Furtado, “and there was this beautiful light. You could see the mist outside and hear the rain hitting the window.” They saw the possibilities immediately, especially the potential to be emblematic of the practice’s accelerating cultural shift.

“I call this the warehouse in the sky,” she says. “It gives you a sense of being in a creative, collaborative space, like an industrial space.” A limited budget probably helped because it led to a very simple design solution, allowing the space to do most of the talking.

.
“I call this the warehouse in the sky.” – Sandra Furtado
.

From the lifts there is no foyer as such and the visitor turns the corner to have the exhilarating double-height, light-filled space reveals itself. A monochrome grey carpet complements otherwise industrial elements, along with the beautifully understated oak detailing as the visitor walks past glazed meeting rooms and the working architects to an expansive end space with a large communal lunch table and the boardroom off to one side.

“We are trying,” says Durney, “to design an office which is agile and design-focused. The thing about the fit-out is that everything looks very temporary. It’s a light touch within the space.” Crucially, everybody gets equal light and the space is flexible to allow for a constantly changing practice. 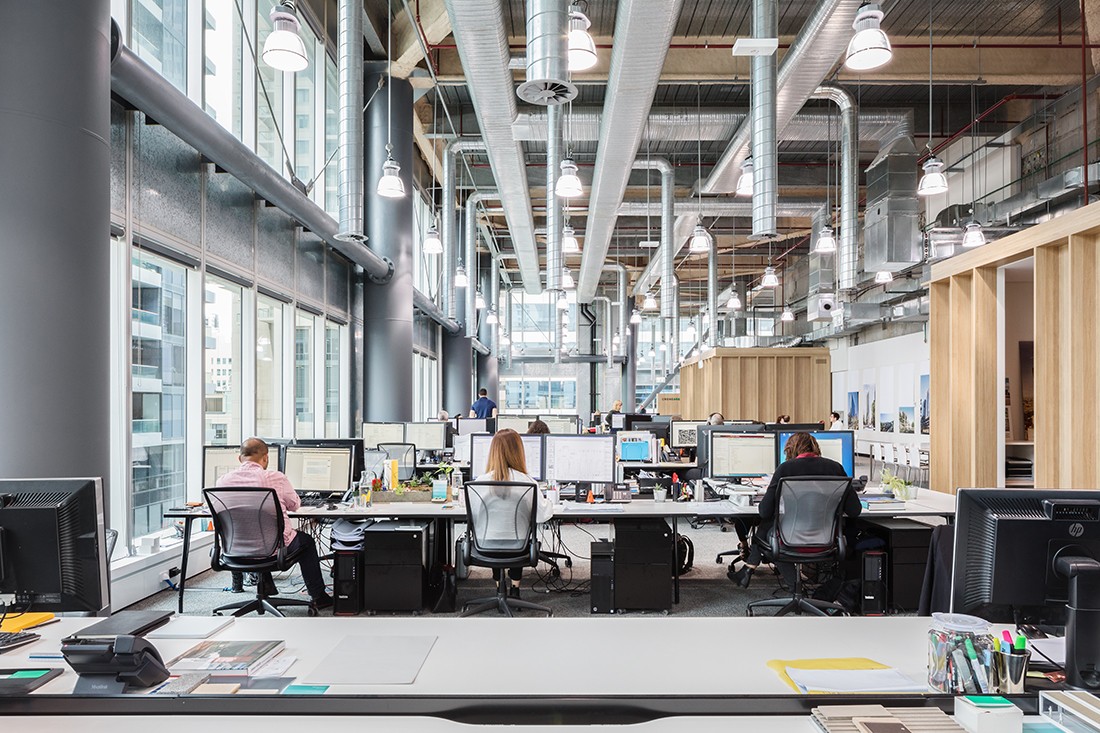 It is an exciting, yet reassuringly calm and quiet space which successfully communicates the new culture – one which Furtado calls holistic, design-driven but emphasising the need for the architects to be across all aspects of design and buildability. “We ended up,” says Durney, “hiring 35 staff in the space of two years. A huge regeneration.”

It means they have a lot of young staff, including a lot of people from Europe – Durney himself is Irish/French and Furtado Portuguese. This was not by design, but it has contributed to a major shift in the culture of Crone Architects. 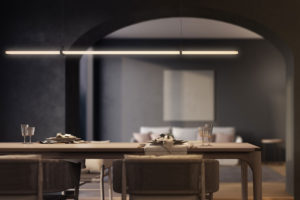 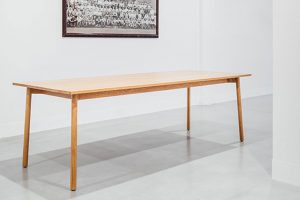 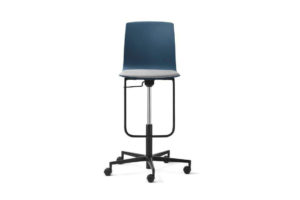 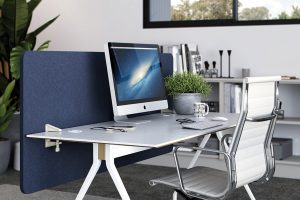 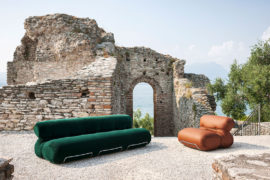 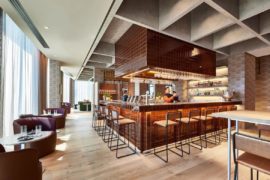