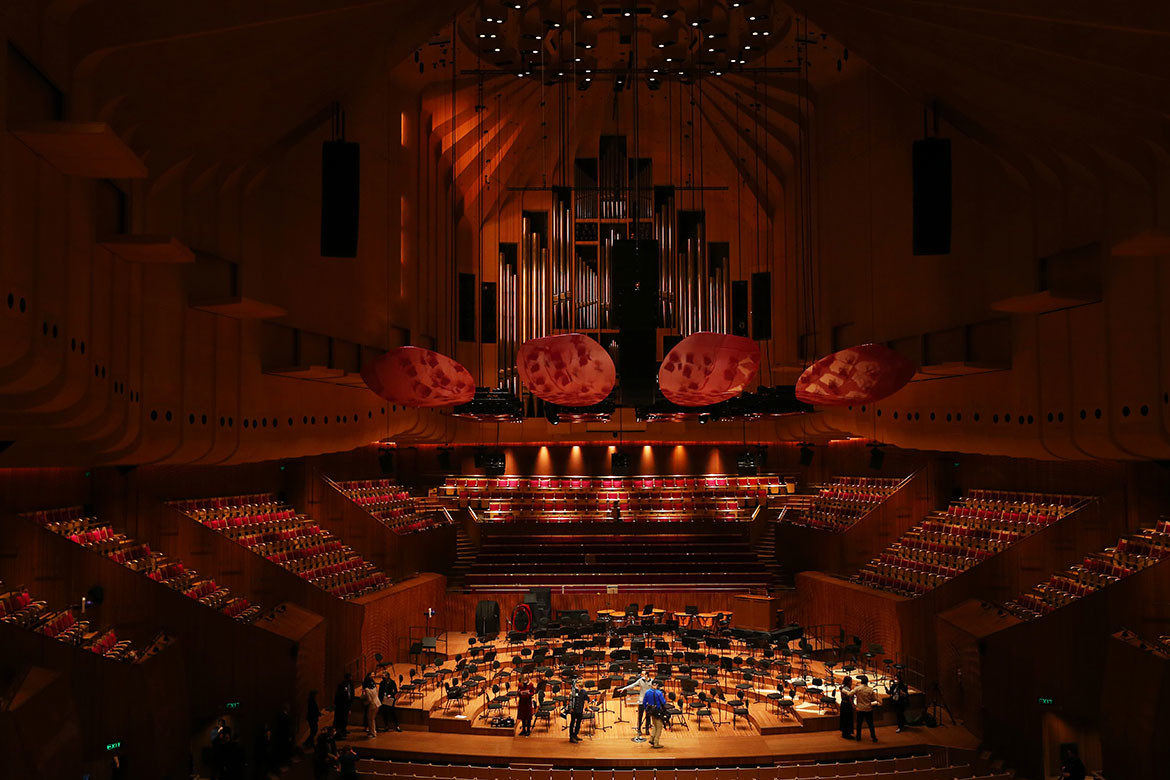 The extraordinary feat ARM Architecture has achieved with the Sydney Opera House is astounding. This is a space everyone loves and takes ownership of, so change is something that scares the bejeebers out of most.

There was, however, a great need to make modifications from acoustics to accessibility. The opportunity was also taken to give the whole an overhaul including the stage, flyover, curtains, choir space and backstage areas.

Defining itself as a research-led practice, ARM has embraced the challenge innate to the polarising original interior. “We dove deep into the history of the place, getting to know and understand Utzon’s original design approach, but also, importantly, the work of Peter Hall, who took over once Utzon left and has been unfairly maligned over the years,” says Andrew Hayne, principal of ARM Architecture and project architect on the Sydney Opera House Concert Hall Renewal Project.

“It was primarily his work that we were interacting with, and so understanding the background and design intent of his elements was critical to the success of the new interventions.”

Thankfully this is so, as the colours and decorative elements are essential to engaging the overall experience. The sumptuous ecclesiastical purple for the new accessibility passage, for example, is glorious. Paired with a three-dimensional wall treatment of bold vertical forms, the arrival experience is considered and exciting.

There is also now a lift. “This brings equity in access to what is one of the most picturesque spots in the SOH with a fantastic view out over the Harbour,” adds Hayne.

The concert hall’s reputation for acoustic issues has also been addressed. For many, it was disappointing to see the clear doughnuts removed, as they have been part of the visual experience of the past 50 years. Clear, simple and elegant, they also did a lousy job by contemporary standards. The new acoustic petals in the same magenta Peter Hall chose for the seating are technologically far superior, though they will take getting used to. That said, the orchestra is now able to hear itself, as is the choir.

Compounding this noticeable change is the introduction of a series of carved timber panels around the stage and stall surrounds. Also used on the end walls of the Hall and made from the same brushbox timber already present in the Hall, the panels diffuse sound and prevent direct reflections. The result is a blended sound and a sense of envelopment in the music.

“Designed with the idea of visually capturing sound, the panels consist of three overlapping sound waves frozen in time. The result is a highly tactile and sculptural surface that encourages the hand to run along them,” says Hayne.

They are also incredibly beautiful and organic in form with just the right depth and repetition to foster a sense of calm. Lateral reflections to both the performers and the audience are provided through a series of operable wall reflectors. These have been carefully cut into to retain the original timber front when closed.

The stage itself was lowered by 400 milimetres and completely rebuilt with the introduction of a series of automated stage risers. In doing so, the ideal orchestral ‘horseshoe’ configuration of tiered risers can be automatically deployed. An additional acoustic intervention caters specifically to amplified and contemporary music performances.

Here, a series of automated drapes deploy from the ‘crown’ over the stage, the upper side walls of the ceiling as well as from the box fronts adjacent to the stalls. “The acoustic enhancements also bring an equity to the listening experience for those attending shows. No longer a room with a differing acoustic depending on where you sat, there is a consistency and vibrancy to all seats in the house.”

ARM Architecture is an award-winning architecture, urban design, masterplanning and interior design practice. The practice has an international reputation for creating culturally significant buildings and precincts that stretch the boundaries of architectural and urban thought. Founding directors Howard Raggatt, Ian McDougall and the late Stephen Ashton, were joint winners of the 2016 Gold Medal, the highest honour awarded by the Australian Institute of Architects.

We think you might like this story on ARM’s Mark Raggatt’s insights on how design can deepen our experience of a city. 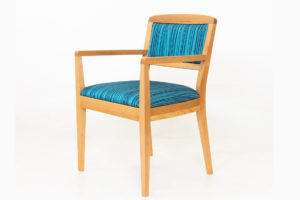 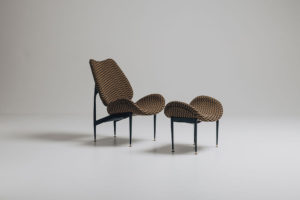 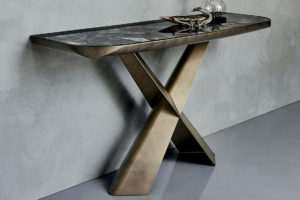 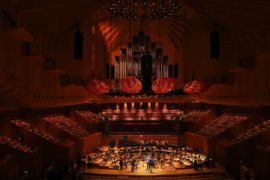 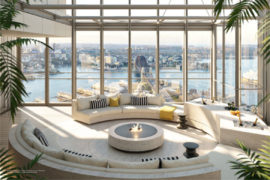 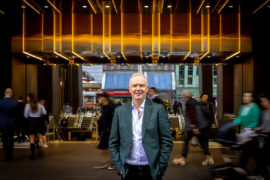