The life and mind of Lee Broom

Furniture and lighting designer Lee Broom had an unexpected career path that eventually led him into the world of industrial design and business entrepreneurship.

The UK’s Lee Broom is known, loved and celebrated as a lighting designer frequently employing theatrics and eccentricities around installation art to showcase his work. His 2017 exhibition at Salone del Mobile is one for the history books, where a moving carousel was set up in an old railway vault to mark his 10 years of exhibiting in Milan.

Looking back even further, his career began at age seven as a child actor. Broom went onto explore the realms of the fashion industry, interning for ten months with Vivienne Westwood before studying at London’s Central Saint Martins. He then established an interior design company with a partner. 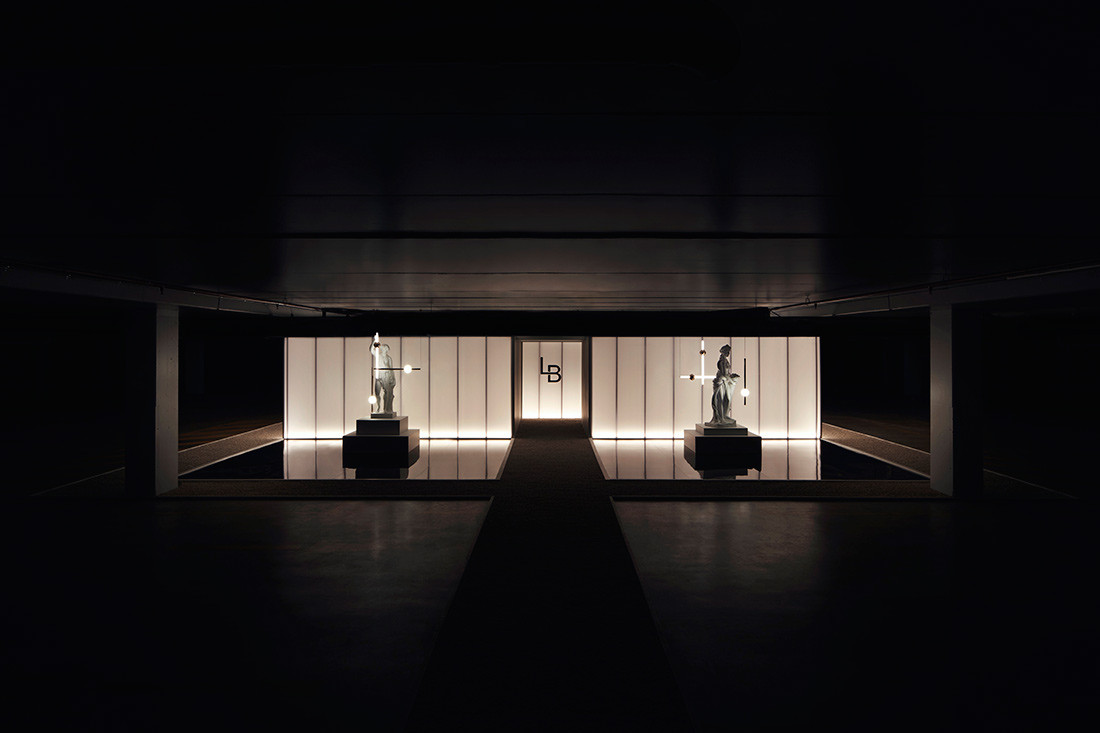 In 2007 when his business partner moved to Japan, Lee began his eponymous lighting, furniture and design company: Lee Broom. For the first few years, the company had feet in both camps: interior design and product design. Initially, it was the interior design that was supporting his passion for lighting and product, but soon the balance began to sway; fast forward a decade and Lee Broom is celebrated as one of the United Kingdom’s most successful, theatrical, and respected lighting designers. 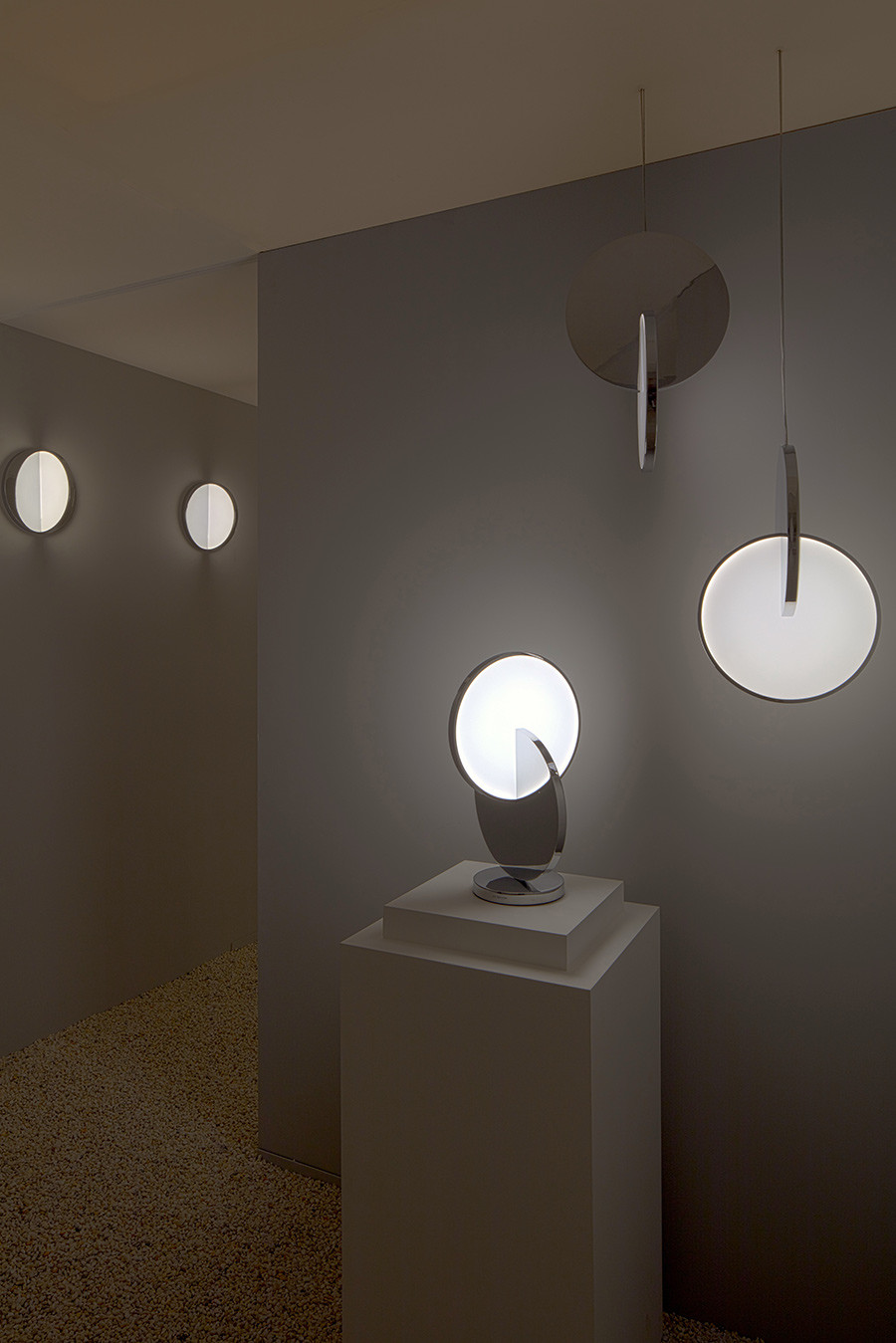 Broom is currently on a whirlwind tour of the Indo Pacific with Space Furniture, his exclusive retailer in Australia, touching down in Singapore, Australia, and New Zealand. In collaboration with Space, he is going a series of Design Talks in Melbourne and Brisbane, which is all part for the two cities’ respective design festivals.

.
“There are bright parts and there are dimmer parts – and it’s quite poetic.” – Lee Broom
.

In the talks he chats about his work and inspirations; his unique career path; and shares his own experiences in business as a designer. “When I first started the Design Talks the first questions always seemed to be, ‘How do I get to design for Moroso or Kartel?’” recalls Lee. “I would say, ‘I don’t know, because I don’t design for them.’ Now when I do these talks people want to know, ‘How do I start my own business? How do I create a collection? How do I fund that, and how do I make it work?’” 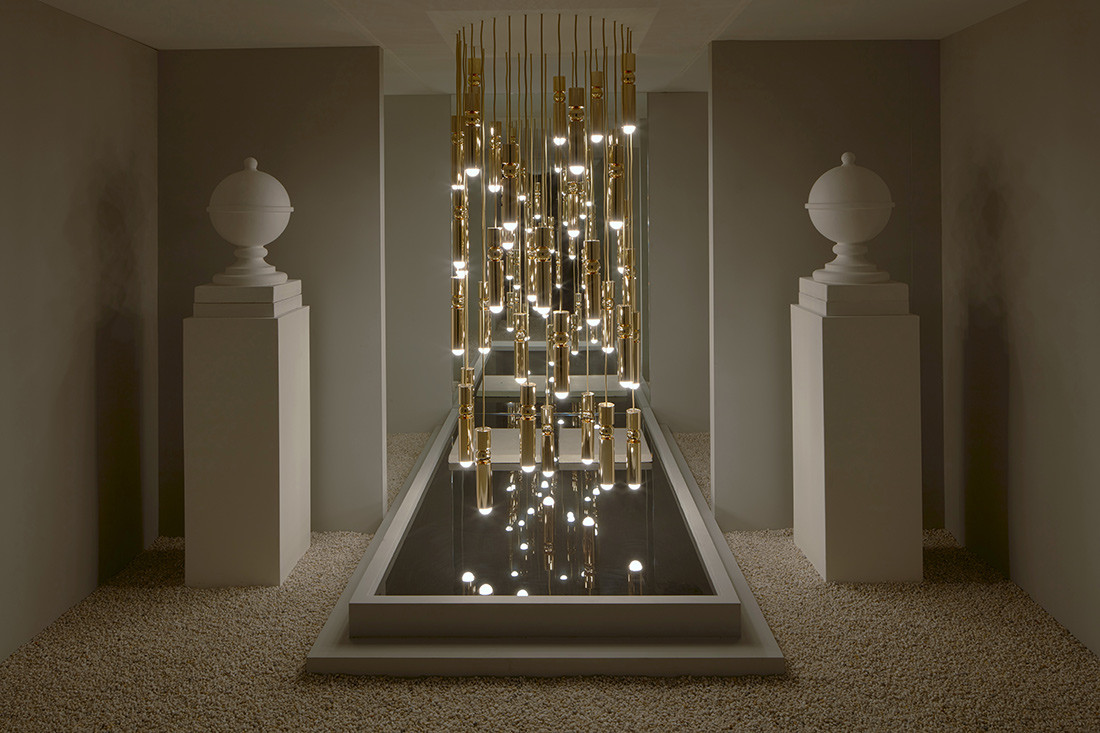 He also divulges one of the hardest lessons he had to learn, yet potentially most influential to the success of the company. Learning to relinquish control over certain aspects of the brand, such as the business logistics – a process that was hard but ultimately rewarding.

In addition to the Design Talks, Lee has collaborated with Space Furniture in Sydney and Melbourne for the Park Life exhibition, which is a showcase of select lighting pieces from his work to date. 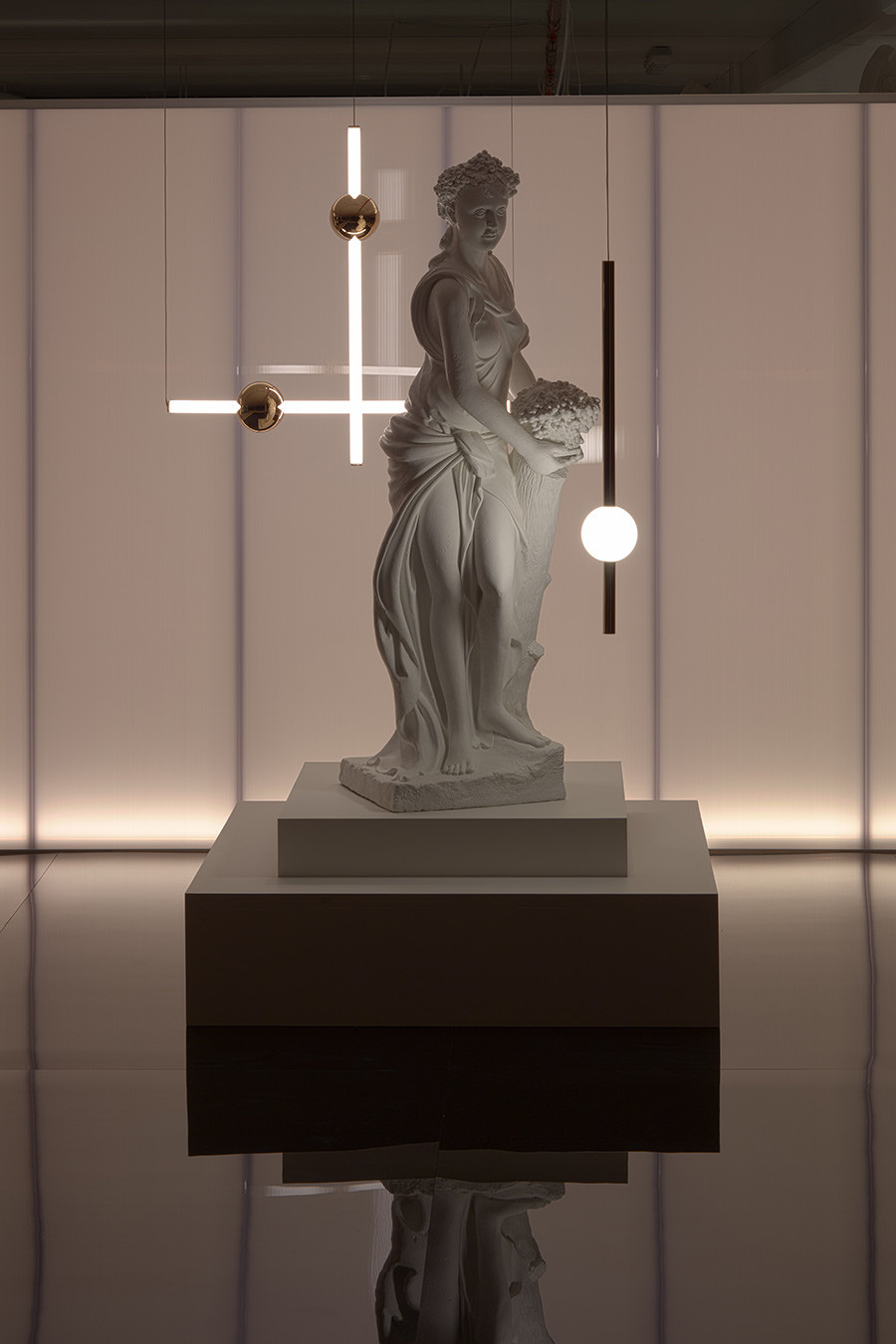 Conceptually, Park Life draws on the very British history of the Pleasure Garden, at its most popular in the 18th century. According to Broom, they were typically places for the aristocracy and middle class to see music, art and fashion while dining and drinking. Like an architectural display they were designed with miniature waterways, mazes and pagodas. Although it was a period of high culture they became infamous for facilitating debauchery. 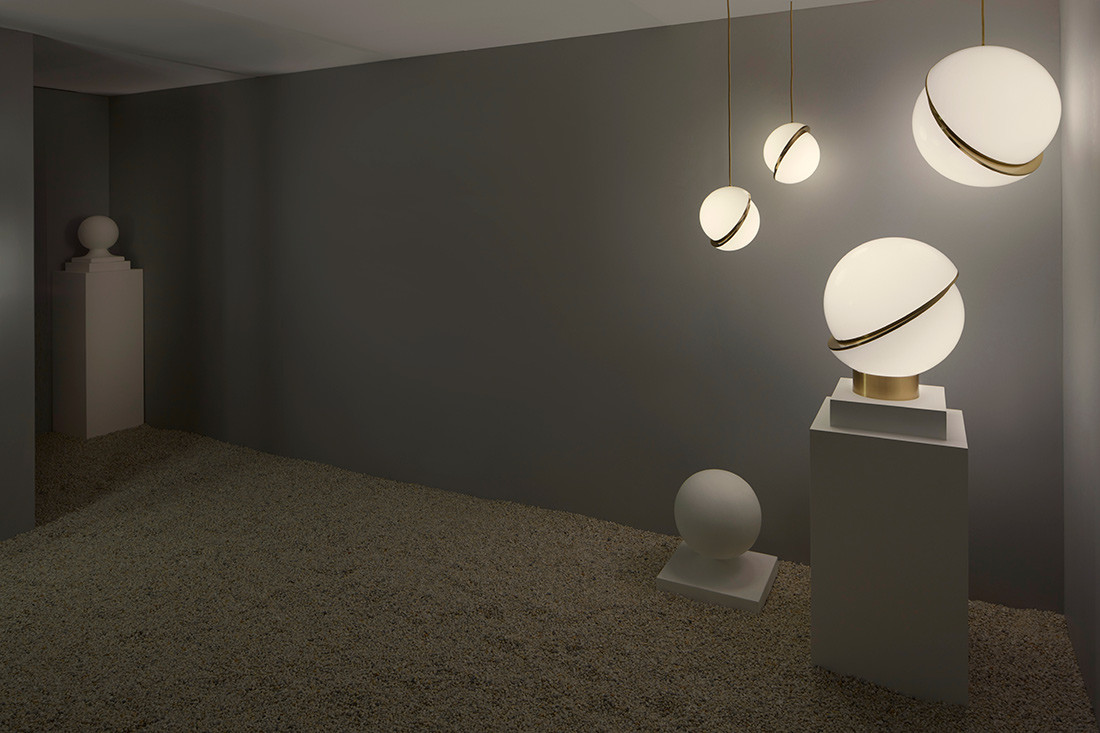 With an interest in art history, Broom draws parallels with the paintings of that epoch and the present day. “Everything in that period was about presenting your best self. Yourself playing at a Pleasure Garden, or yourself playing an instrument or reading a book, or having things that you created around you,” he says. “It reminds me of the period that we’re in right now, except in this case we’re using social media to present our very best selves.”

.
“Everything in that period was about presenting your best self.” – Lee Broom on the Pleasure Garden concept
.

Practically speaking the concept is equally as strong. A maze layout allows the visitor to go on a journey from beginning to end and enjoy distinct vignettes that highlight different pieces from the Lee Broom collections over the years. This meandering experience enables all the products to work cohesively without needing to align them in style or atmosphere. “There are bright parts and there are dimmer parts – and it’s quite poetic,” says Broom. 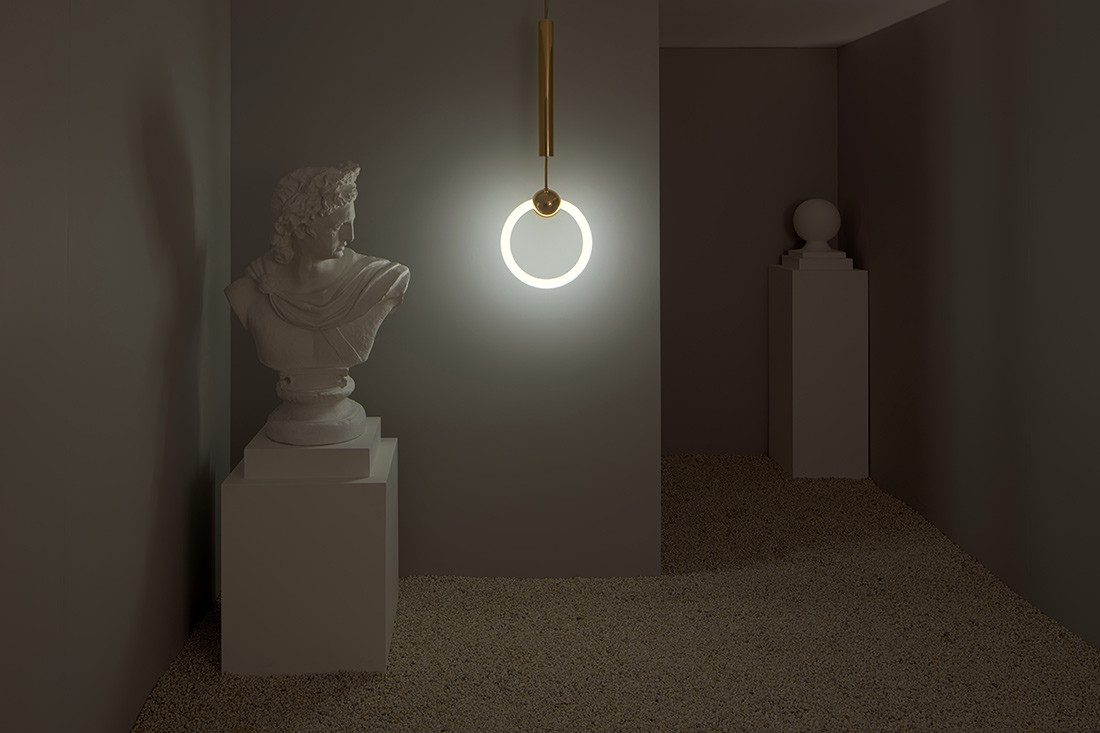 The idea to do something on Australian shores came after Salone del Mobile in 2018, Broom followed the fair with a tour of nine states in America meeting the people who were representing his brand and educating them about his then latest collection, Observatory, which launched in Milan. Having had such a positive experience in the U.S. he wanted to repeat the experience in 2019 and Australasia seemed the natural succession.

Not only does Broom look up to and admire the pieces that his lighting designs sit alongside in the Space Furniture showrooms, but it’s also a company he can collaborate with, one that will get on board with his theatrics – if not admirable eccentricities.

These are the lighting designers you need to know. Also, stay in the know and join our mailing list. 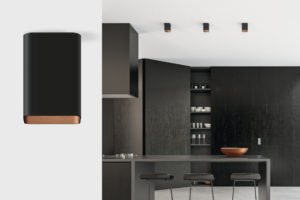 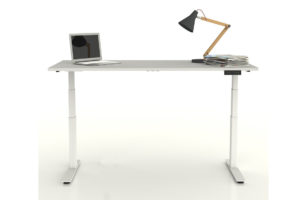 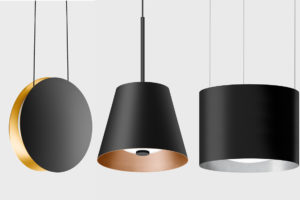 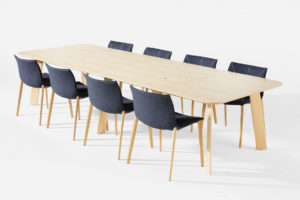 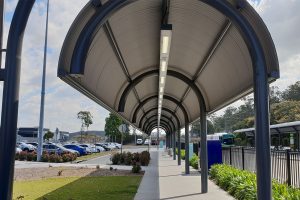