Melbourne-based designer Josh Carmody has been busy since his Legless stool won him a finalist spot in the 2010 Launch Pad competition. Carmody caught up with Indesignlive to share his latest designs.

What year did you enter Launch Pad, and what was the prototype you entered?

I entered Launch Pad in 2010 with a prototype called ’Legless’. It is a solid timber stool with an interesting structural form that causes people do a bit of a double take when they see it. Where is it now?

Legless has undergone a few developments since Launch Pad.

I have experimented with different joinery options, these being to make Legless viable for production without losing the touch with craftsmanship that went into the originals.

Recently, with the help of Paul and Fred from Savoir Faire Ebenisterie, that balance between production and craft was achieved and the first production run is about to get underway.

Another development has been the emergence of the more basic ’Legs’ stool, which is the simpler 4-legged version of Legless, which is also ready for production. Both Legs and Legless are being distributed directly through my website.

I have also designed and prototyped ’Spineless’ a bar stool inspired by Legless, which will be available later in 2012.

How did you first discover your passion for design?

There was never a light bulb moment or anything like that. I have been drawing since I can remember, and this interest progressed during art, photography and woodwork classes in high school.

I did well in the creative classes and genuinely enjoyed them in stark contrast to a lot of the others I studied. This ultimately resulted in me studying architecture and during this time it only became clearer that design and architecture is where my career interests lie. What gives you inspiration?

I don’t know where inspiration comes from exactly. I find all kinds of things inspiring.

Seeing exceptional design and architecture always results in a level of inspiration, but I also find it in other areas.

People who are working hard to do what they love, push their work to a new level, and cut their own paths are always inspiring to me regardless of profession. Whether it is a scientist, sports person, actor or musician, the appreciation I have and feeling I get seeing other people working hard and achieving great things is pretty universally motivating to me. Thinking on your career progression, what direction has your career as a designer taken? Was this all planned or serendipitous?

My career progression is on 2 paths, one being architecture-based and one being focussed around furniture and product design.

Architecture has always been the more planned road. Furniture design, on the other hand, has been less structured. Although nowadays both areas of my career are starting to grow together and I have decisive plans in place for both.

The road to becoming an architect is somewhat planned out for you, in the sense that there are certain qualifications and levels of experience you need to have under your belt before you can get registered as an architect. Moving to Melbourne to study architecture and work in a firm was my plan from early on in the piece, and continuing to work as a graduate architect and eventually becoming a full time registered architect is still a major focus of mine.

My furniture design business is something that is still a major focus also, but it was previously less structured than it is now. This is mainly because I started off as a self-taught designer with no ties or connections within the industry and as a result I was learning everything while I was doing it, or sometimes in hindsight.

This level of freedom in addition to having a broader career ambition has resulted in a somewhat concerning business model that is less driven by a profit and is driven more by the enjoyment I get designing and resolving different concepts and being able to deliver a competitive Australian-made and designed product to the market.

While the furniture business is growing, my recent move to outsource manufacture within Melbourne has freed up my time to work full time as a graduate architect. So I can have the best of both worlds running a furniture design business, and designing and distributing my products from my temporary home studio while also furthering my development in the field of architecture.

Tell us about what you’re currently working on, or have just completed.

Completing my Masters at the end of last year was pretty significant for me. Studying architecture took up a great deal of my time, energy and focus so it is nice to have time to relax a bit now.

In the time since I graduated, I have been focussed on finding a Melbourne-based manufacturer to produce Legs and Legless in larger numbers.

This recently came to fruition, so it is exciting to see the first production run start soon. With the recent release of these 2 designs I am now working on the release of the barstool for later this year. I have also been working on a table concept that is pretty interesting and different to anything I have made previously. The next stage of prototyping will hopefully commence soon and I also intend to release this table later this year.

Besides this focus on production there are also some one-off concepts that I have been working on; small projects of mine that had to be put on hold during that final few months of university.

I guess all in all I am just working at streamlining the design and development side of my business, while distributing existing products through my website at the same time. This allows me to keep my operation small while still having a pretty long reach. In terms of supporting emerging design in Australia, what do you think is missing from the industry?

In regard to supporting emerging designers, I am not sure that there is anything missing from the Australian design industry. The industry is growing and more events and more opportunities are popping up for emerging designers to gain exposure, which is exciting to see.

The prizes and opportunities that competitions such as Launch Pad provide are starting to hone in on issues that slow down the progression of emerging designers. In addition to having a product, you need money, a network of manufacturers and publicity to bring that product to the market.

So it is positive to see that Indesign and the wider Australian design industry is making the effort to reward hard working designers with the exact tools they need to further develop their designs and their careers. 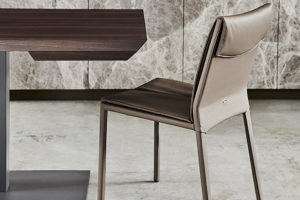 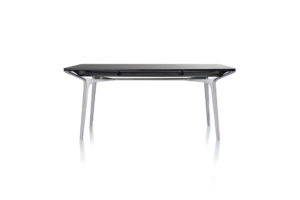 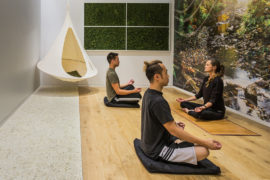 Like “a hard disc thrust into a cloud computing space” – how lockdowns have forced people and organisations to reformat the way they work.

Danish brand +Halle’s CEO and Owner Lars Schmidt Hansen personally addressed a showroom full of Architects and Designers and shared details on the latest products for Interstudio’s launch of the new collection. It comes as no surprise that the Restaurant and Bar Design Awards (RABDA) should whet our appetite for design with the release of their 2013 shortlist. 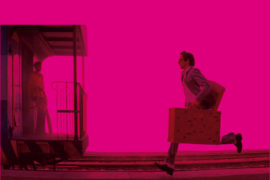 You Don’t Want To Be Left Behind, Do You?

At Sydney Indesign’s WorkLife Series, you’ll time-travel to the future of the workplace and most importantly, learn how to navigate the fads from the fixtures. WorkLife is proudly brought to you by Flokk. 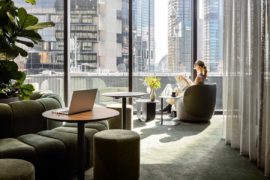 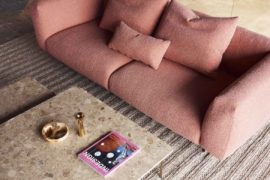 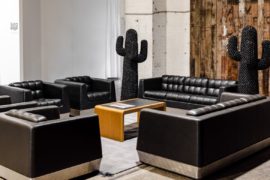