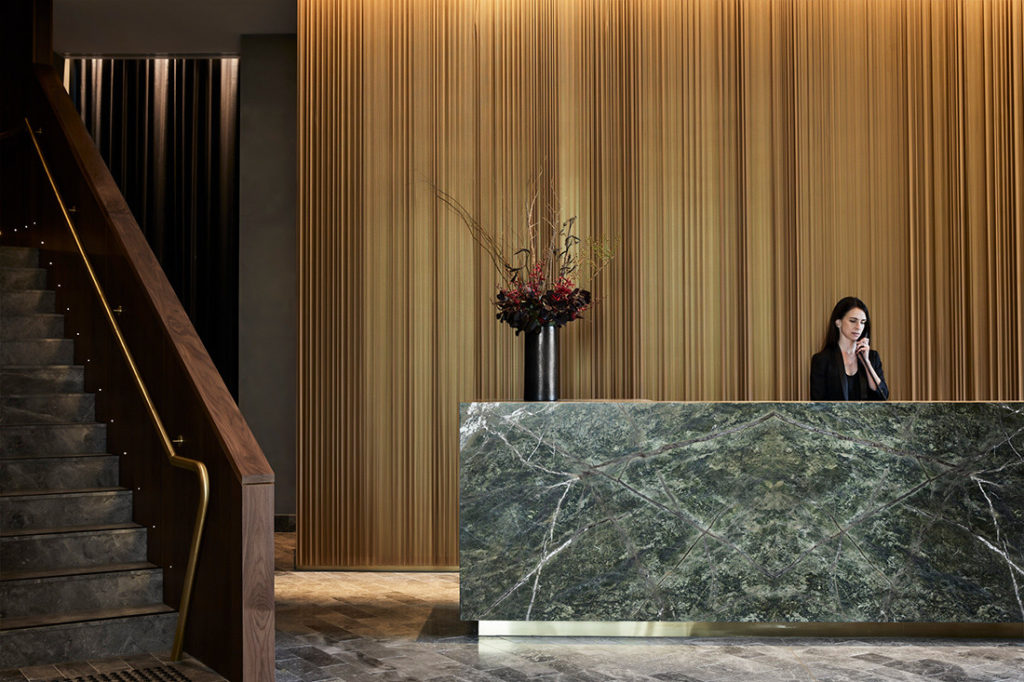 While posted as 80 Collins Street, the Next Hotel by Woods Bagot (a collaboration with Netherlands-based studio UN) overlooks Little Collins Street. And as with Melbourne’s laneways, the path to the foyer of the hotel winds its way through the two street addresses.

“Our brief was to create a flagship hotel, one that captured the essence of the site and as importantly, its history,” says interior designer Isabel Munro, an associate at Woods Bagot. 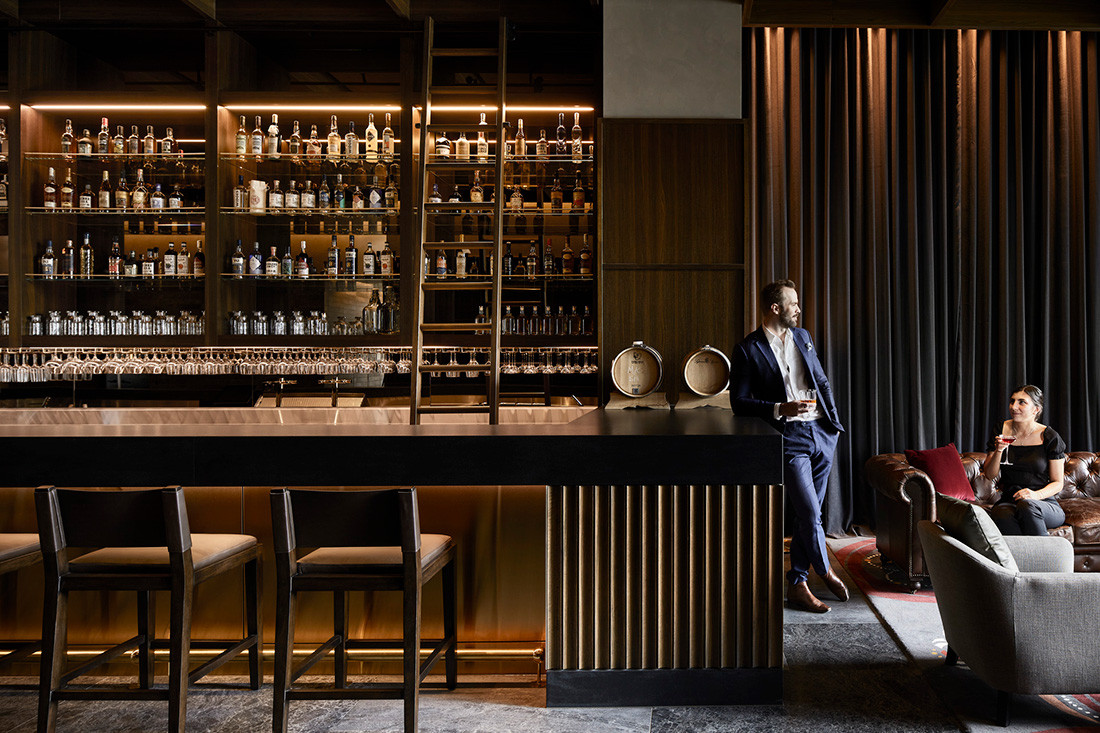 However, the lift to the second floor and the reception area for the Next Hotel is certainly worth it. Understated, with just the right amount of glamour (a gold-mesh curtain behind the marble reception bench and a complementary gold-mesh chandelier inserted within the timber staircase), the colour palette is a deep spectrum of aubergine, metallic greens and earthy tones.

Understated, with just the right amount of glamour, the colour palette is a deep spectrum of aubergine, metallic greens and earthy tones.

Deep leather-covered armchairs and lounges are found in the lounge area while faded finishes, including a highly grained marble in the separate club lounge (complete with business facilities), suggests the history of the site, halfway between Collins Street and Chinatown. 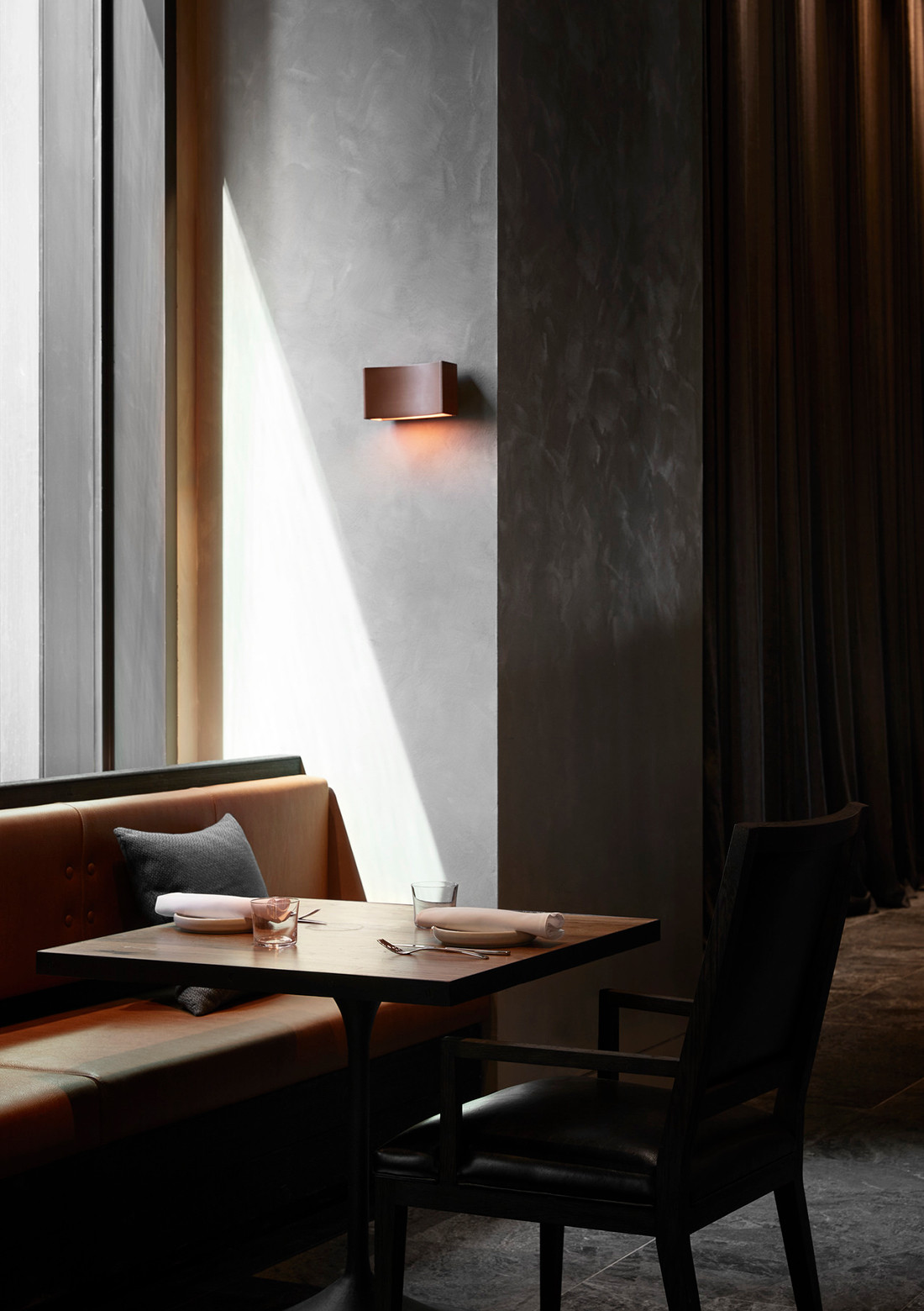 “We looked at the history of the immediate area. The site that we’re on was originally a horse bazaar (trading horses). But we were also drawn to the artistry of the Chinese migrants who came here during the gold rush of the 1850s – their finely crafted furniture and their beautiful ceramics,” says Munro.

Ceramics, both Chinese and by contemporary artists can be found on most shelves, in the restaurants and bars, and in the suites. Woods Bagot also included ceramic bedside tables so the memories of the past are also the last thing seen before the light switches are flicked off at night. 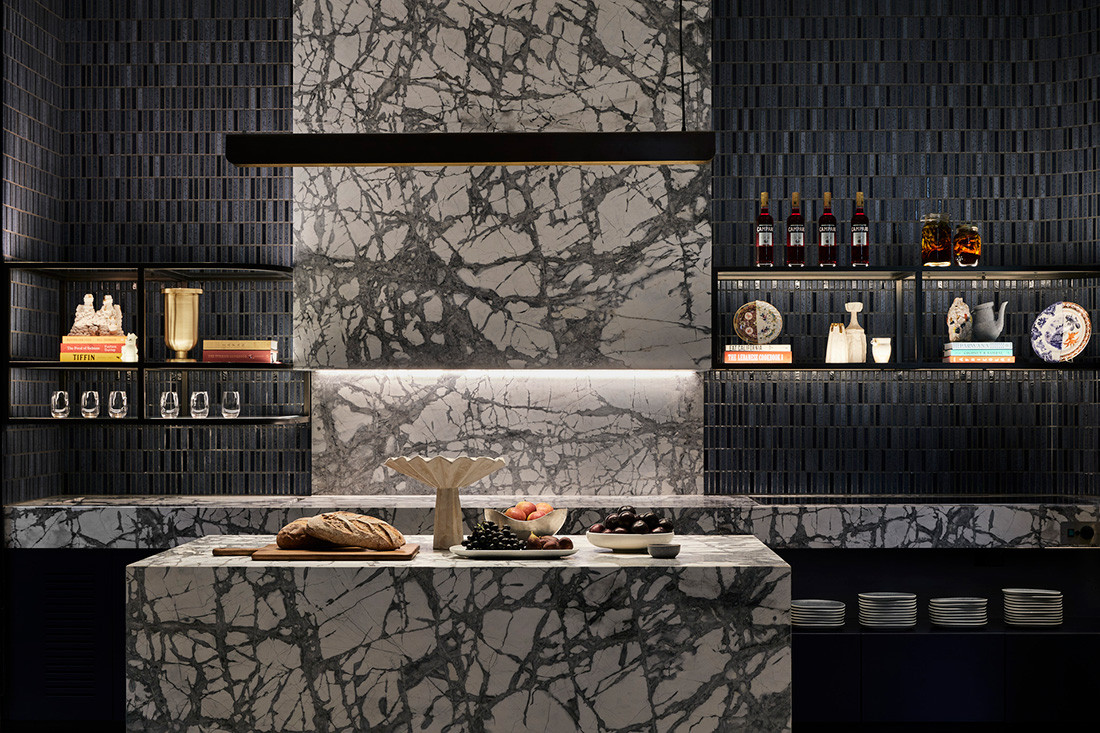 “I was drawn to the artistry of the Chinese migrants who came here during the gold rush of the 1850s – their finely crafted furniture and their beautiful ceramics.” 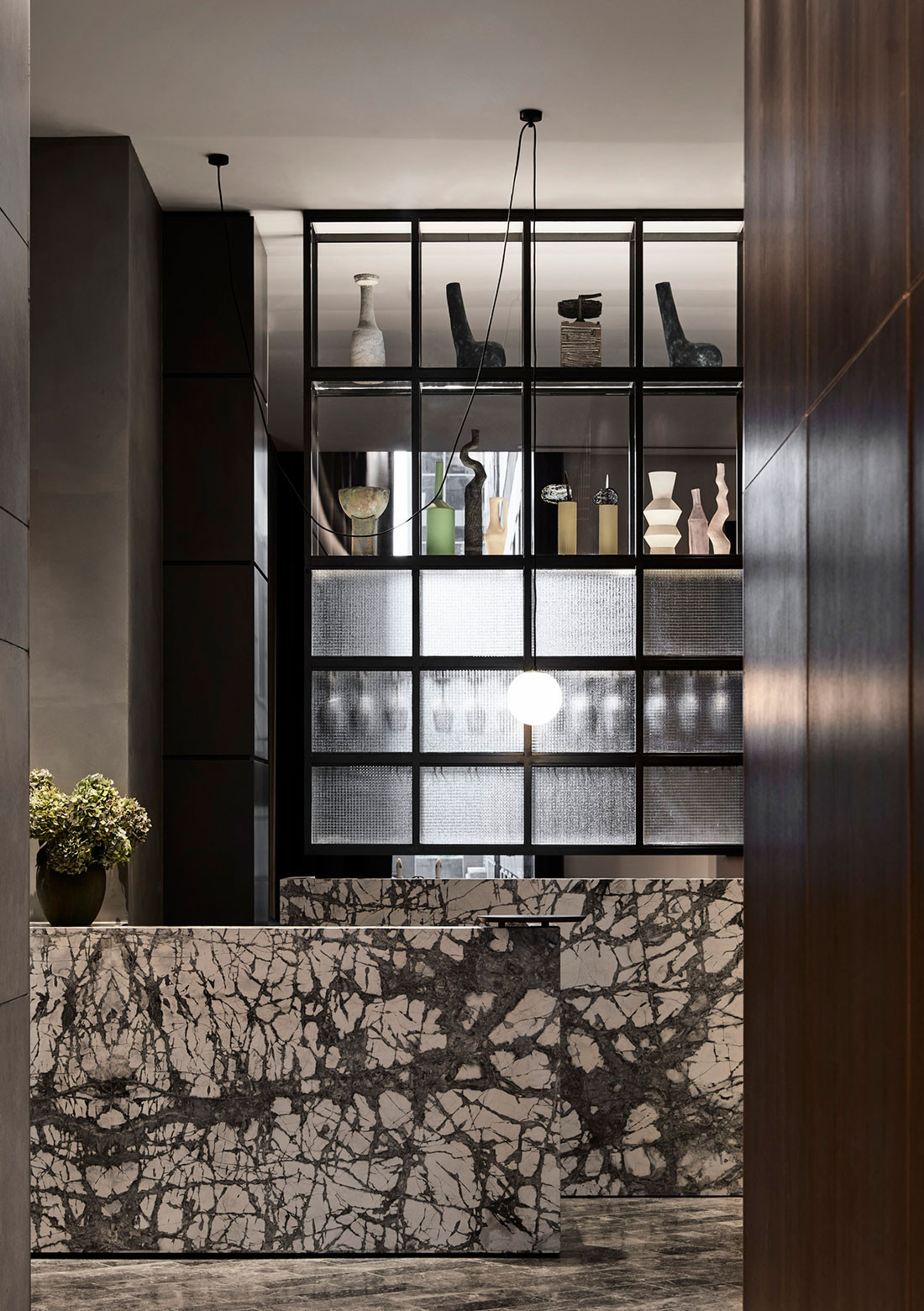 While history was forefront of mind, the design team used these references in a contemporary manner. Wired glass used in areas such as the bar in La Madonna, a nook where spirits are concocted, appear sin glass and steel cabinetry. And in the bedrooms, there are steel frames in which to hang one’s dressing gown.

“We were thinking of the type of structure that could equally support a horse saddle or a leather apron that the early artisans would have worn”. They were also conscious of the hotel’s location at the Paris end of town, where designer boutiques are dotted along Collins Street. So, against the more industrial aesthetic are finer and softer touches, such as a heavily woven Chanel-inspired tweed-covered bedhead. 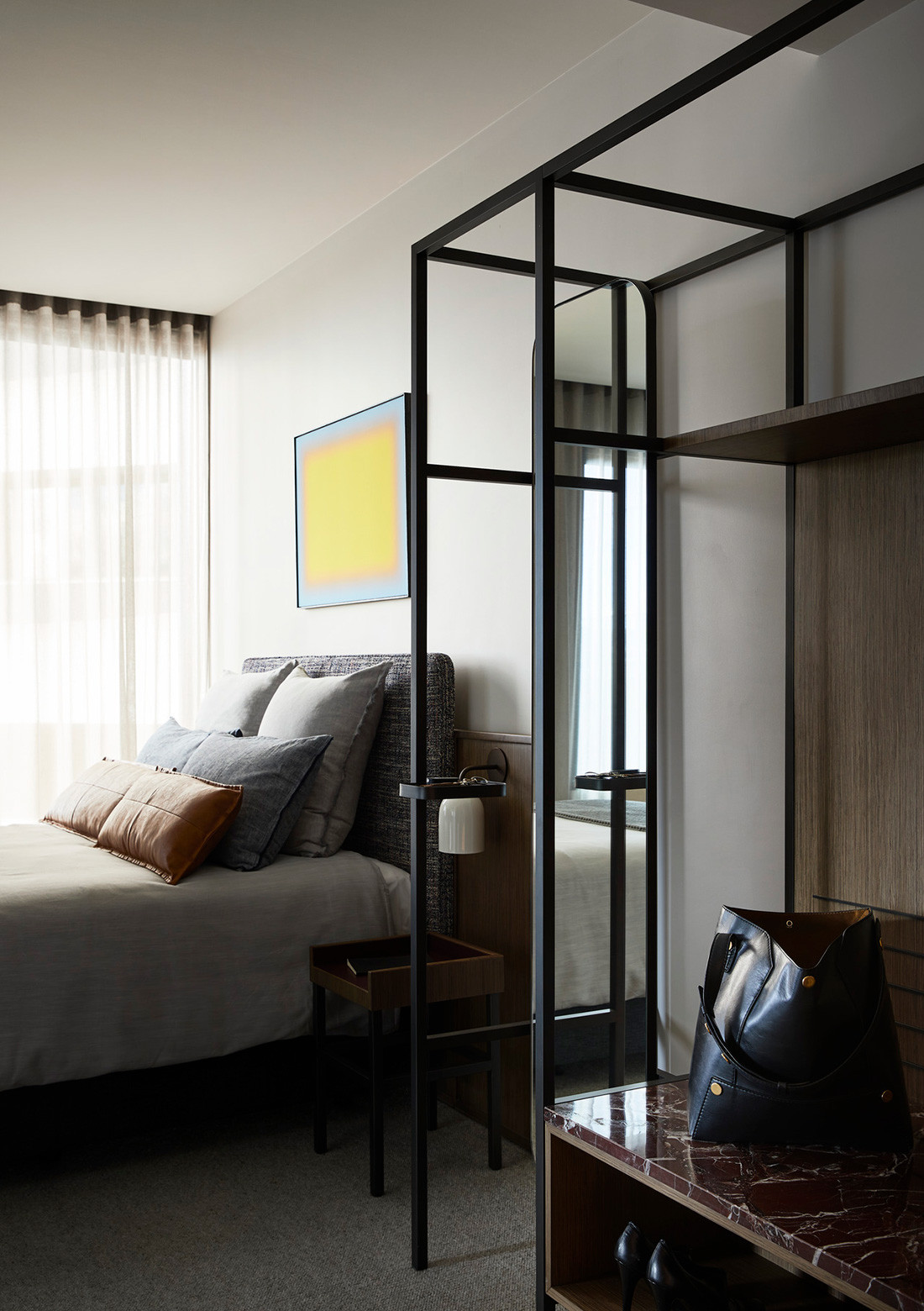 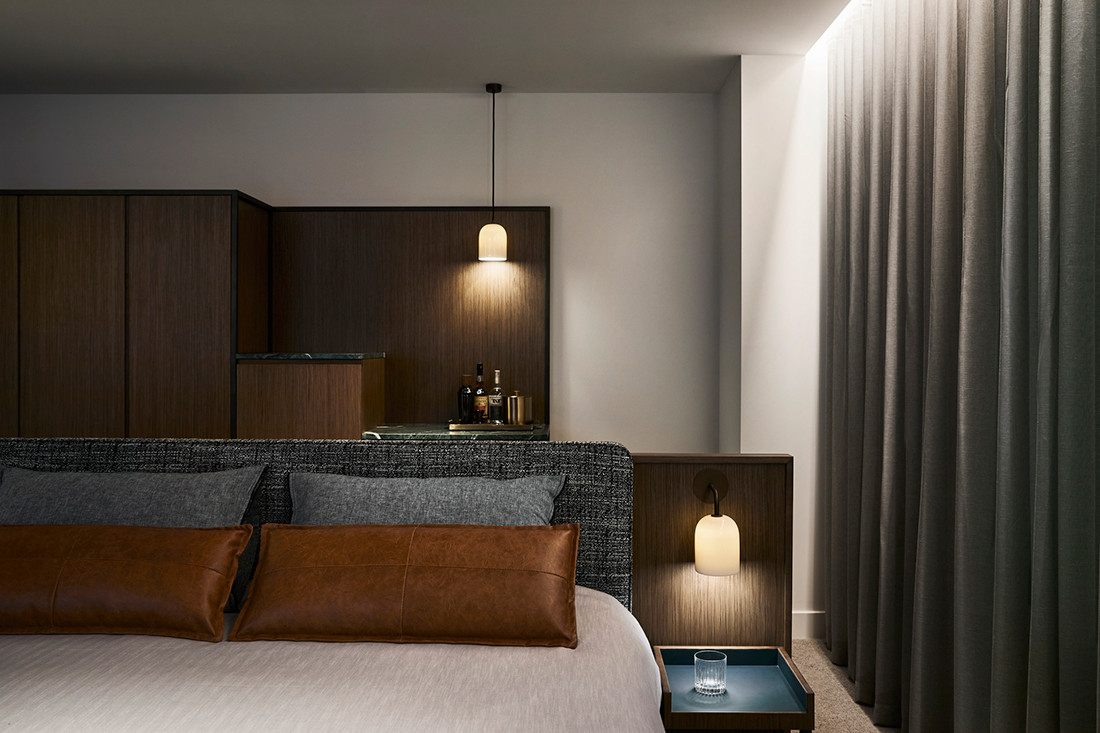 Other areas within the Next Hotel have been treated with the same panache. The hotel’s restaurant, for example, also called La Madonna, features sumptuous leather banquette seats and comfortable well-padded chairs. And to create the right backdrop, artist Jodie Gray was commissioned to create a ceramic installation as tactile as the interior.

“We worked with design agency Studio Ongarato to engage local artists where possible, including work by Melbourne-based artist Jonny Neis in the guest suites,” says Munro, who was keen for those staying at the hotel to appreciate, from the moment they arrive, that this could only be Melbourne. 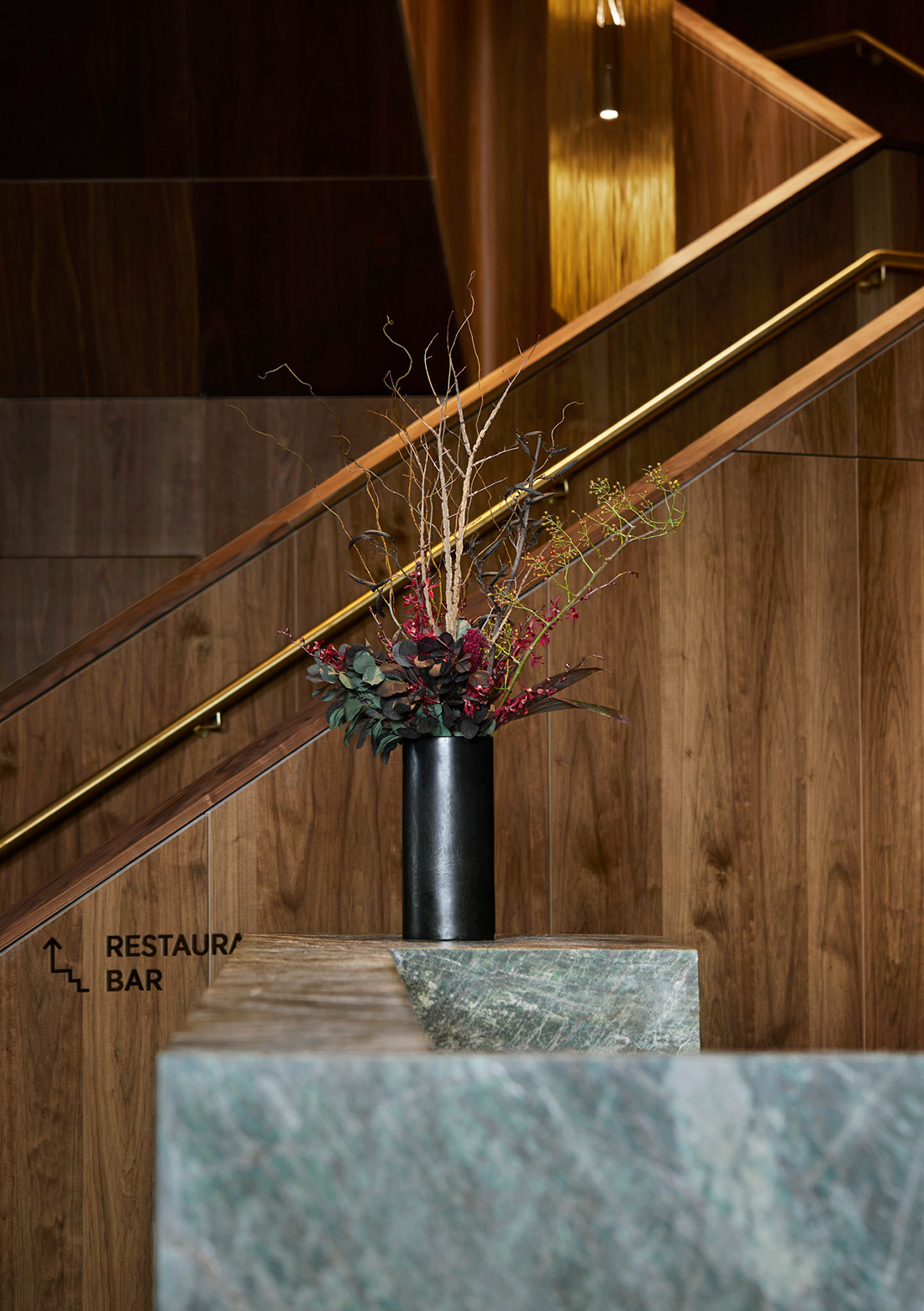 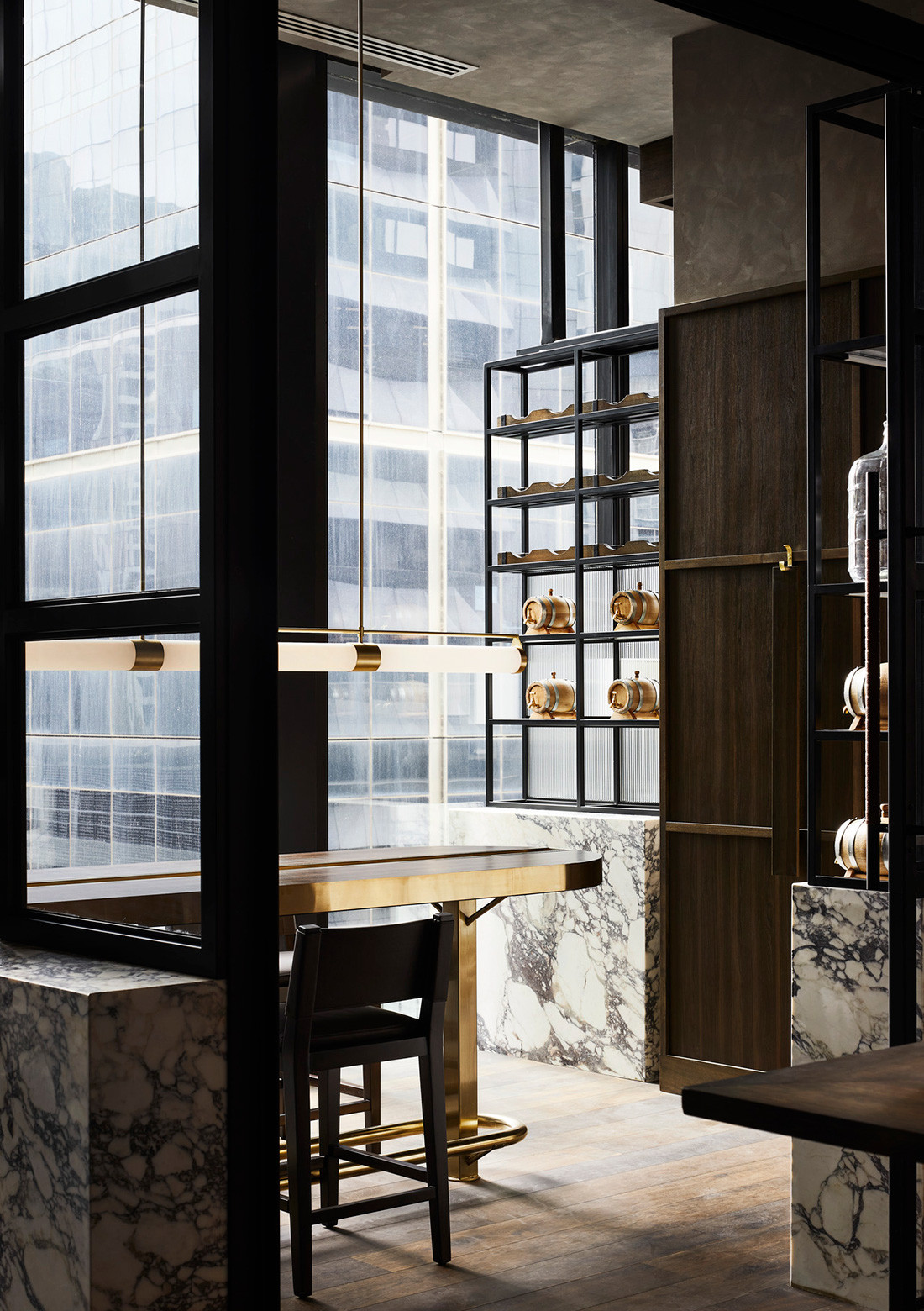 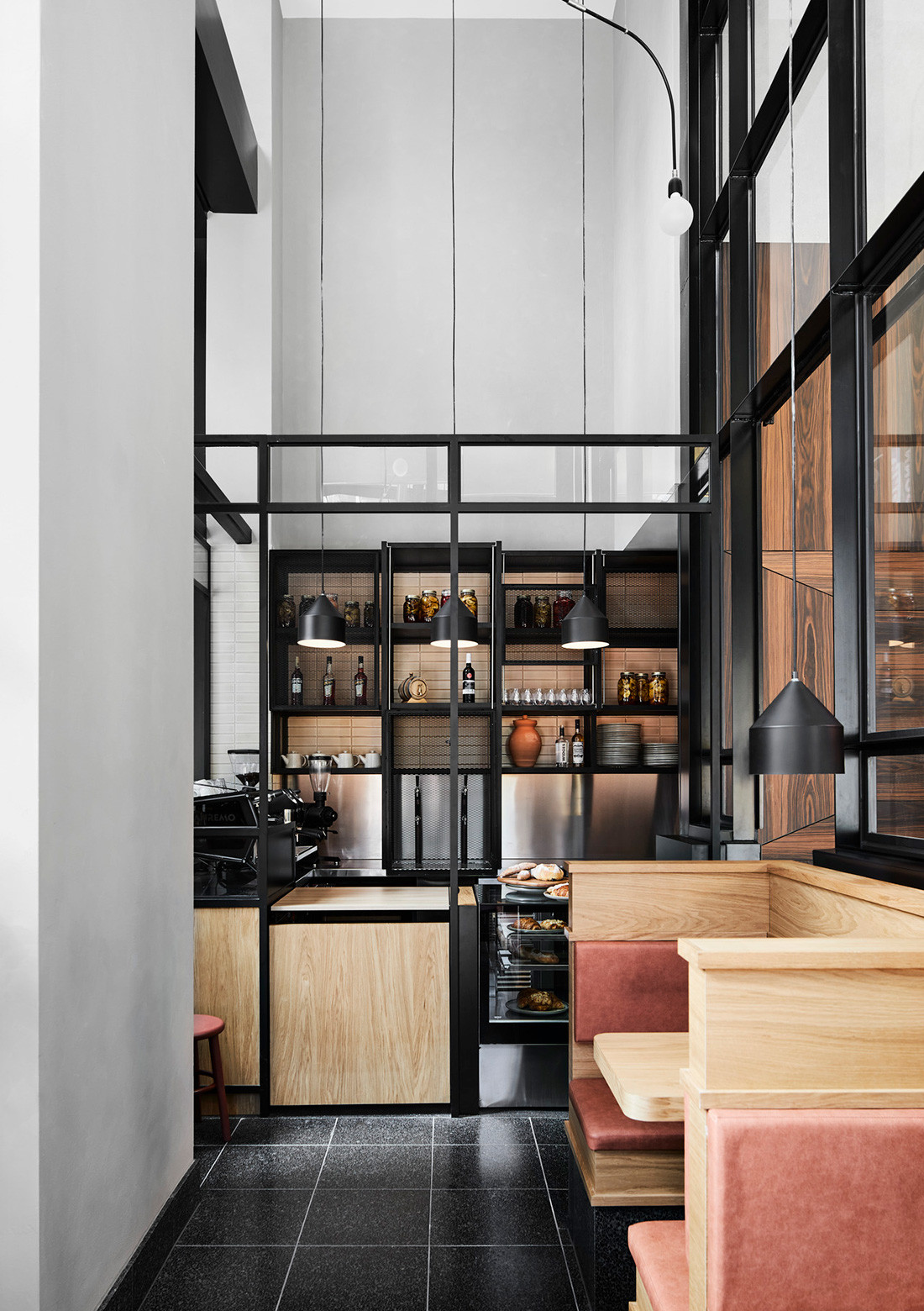 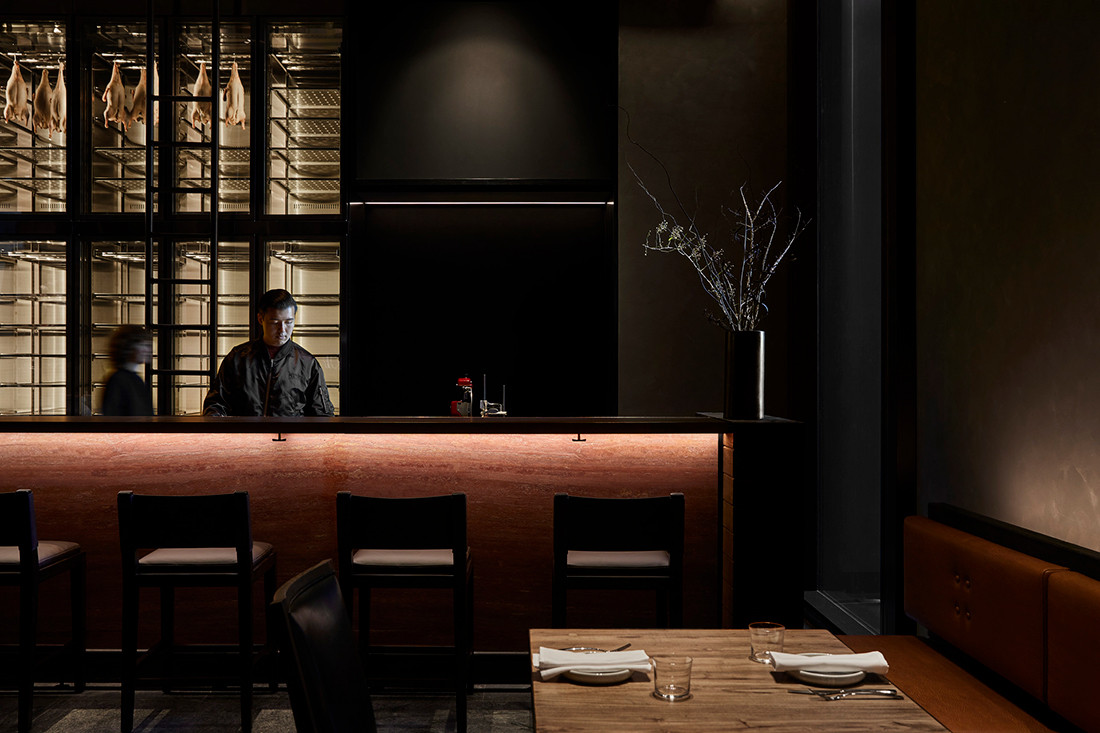 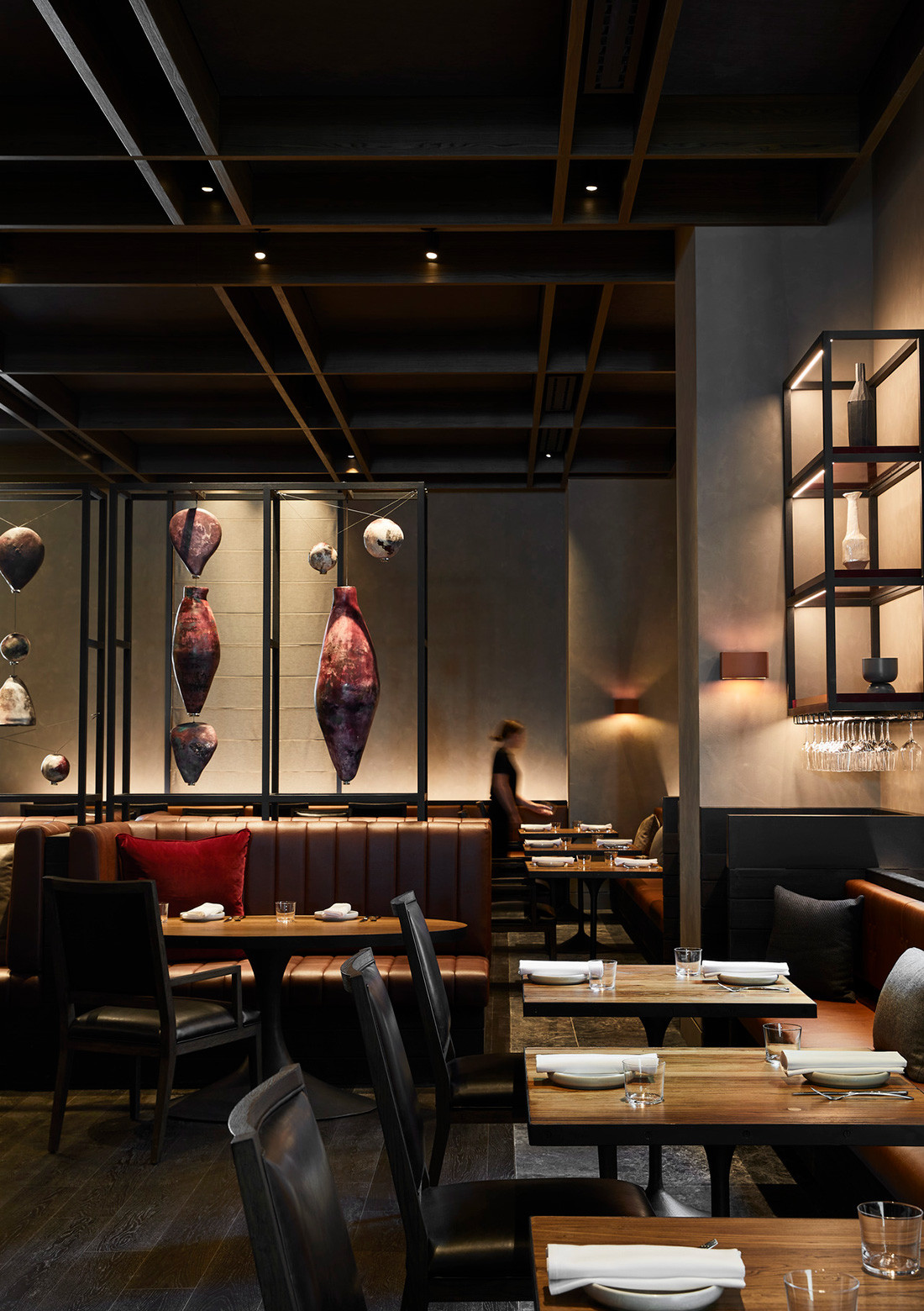 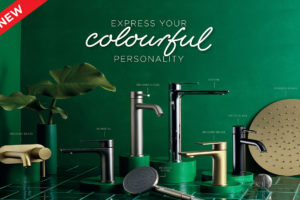 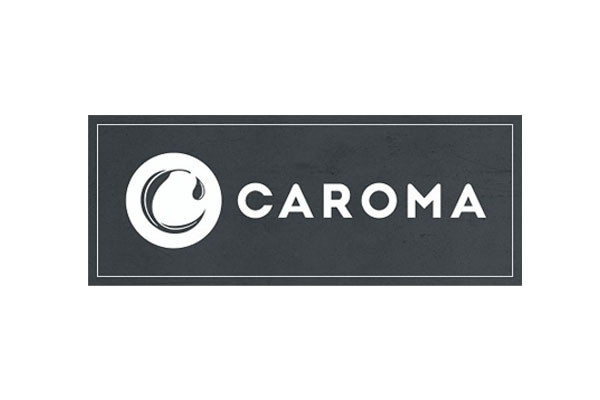 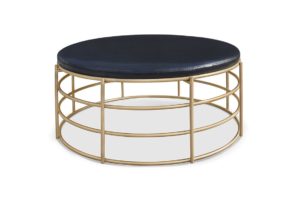 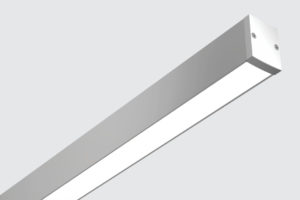 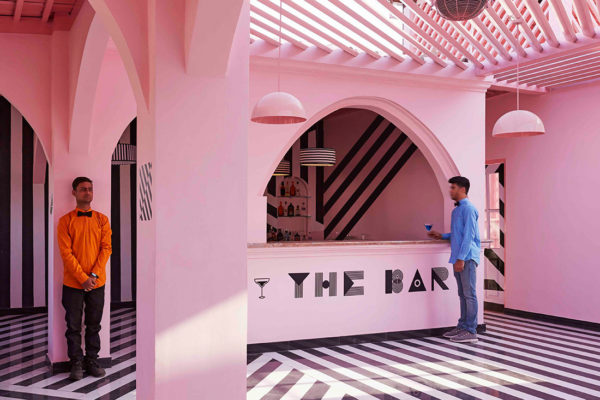 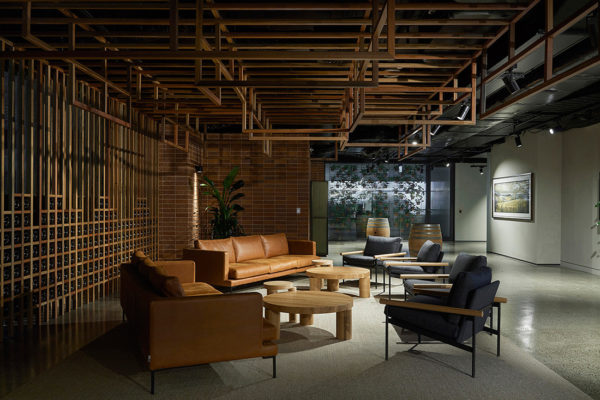 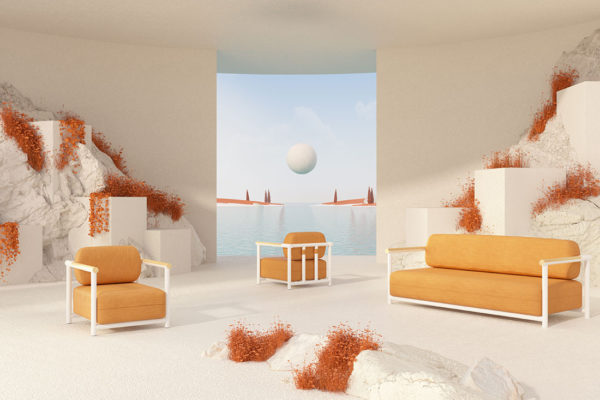 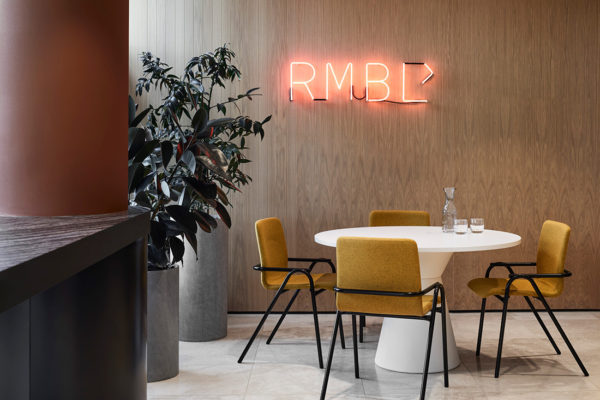 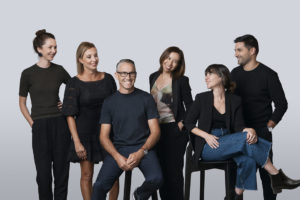 As Hammond Studio celebrates its fourth anniversary this May, we thought it fitting to take stock with Todd Hammond and gauge whether or not going solo was the right move. 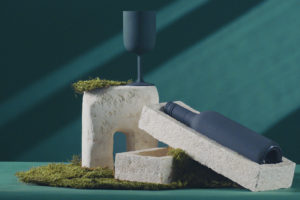 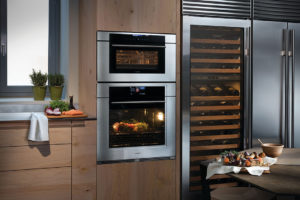 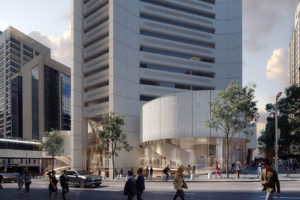