Koichi Takada Architects’ interiors for the new National Museum of Qatar exude a visceral beauty that is breathtaking in their impact and imagination.

A recent success story of Australian architecture has been the rapid rise of Koichi Takada Architects (KTA), headed up by Japanese-born and trained Koichi Takada. Unlike many practices, KTA made a relatively quick transition from individual residential to large-scale projects. That the practice negotiated the steep learning curve was no doubt due in large measure to Takada’s relentless work ethic, instilled in him by his rigorous, and sometimes brutal, Japanese training. 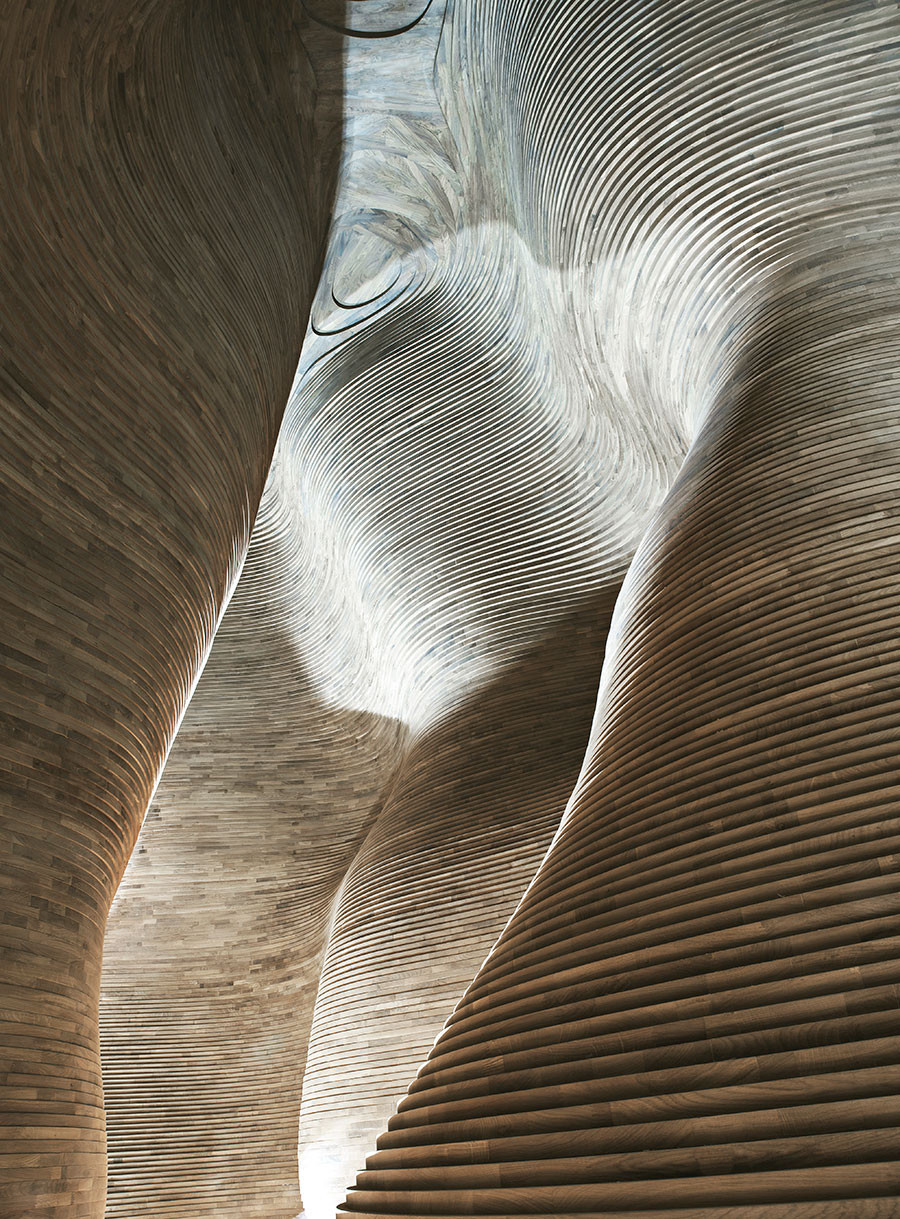 The practice is known for its innovative edge, refined elegance and a warmth of touch both in its architecture and interior design – inspired by Takada’s philosophy of bringing nature and architecture together. Its expansion beyond Sydney is relatively recent and it remains best known for buildings like Arc in Sydney’s Clarence Street and the extraordinary Infinity at Sydney’s Green Square – both notable for how they activate urban life at street level. 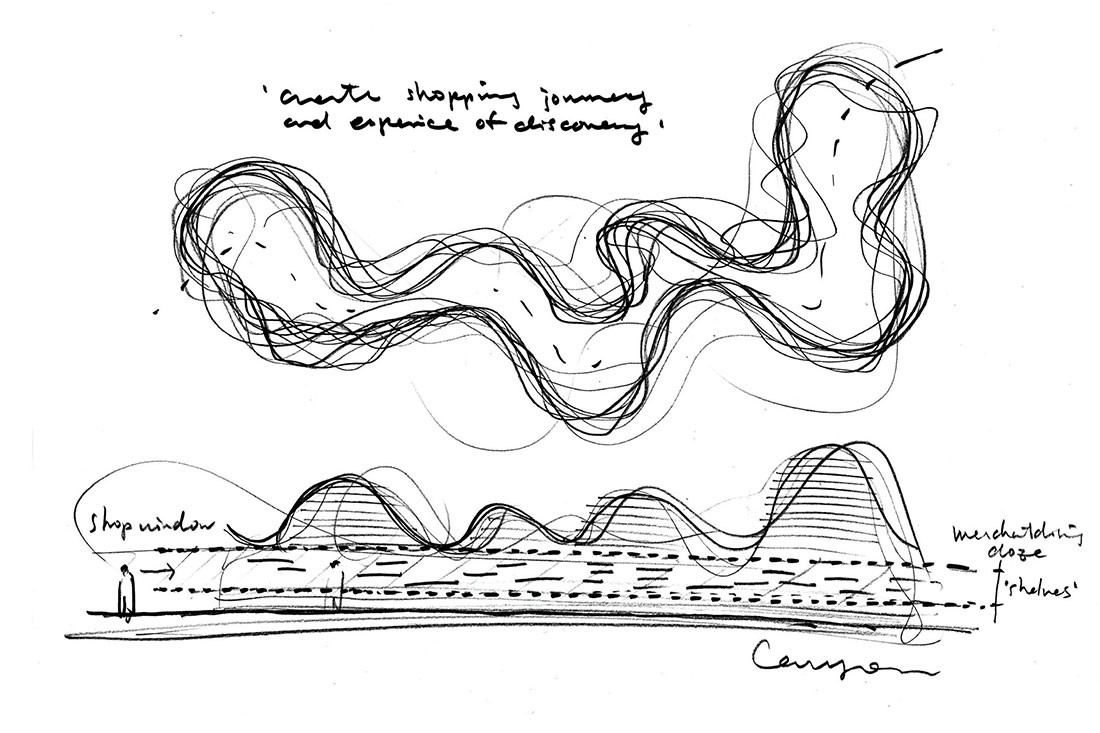 Yet, while the practice is quickly internationalising itself with projects in Tokyo, Los Angeles, Mexico City and Jakarta, its international presence actually goes back more than 10 years, to when KTA was invited to compete in an international competition to design the interior spaces of Jean Nouvel’s remarkable National Museum of Qatar inspired by the ‘desert rose’, a naturally occurring mineral formation in the desert. The studio was given the job involving six locations over 53,000-square-metres in 2012. These locations are the gift shops, the Café 875, the Desert Rose Café, Members’ Lounge and Jiwal Restaurant. The museum is now open along with the shops and Café 875 (a reference to an especially refined type of gold found only in the Arab states). 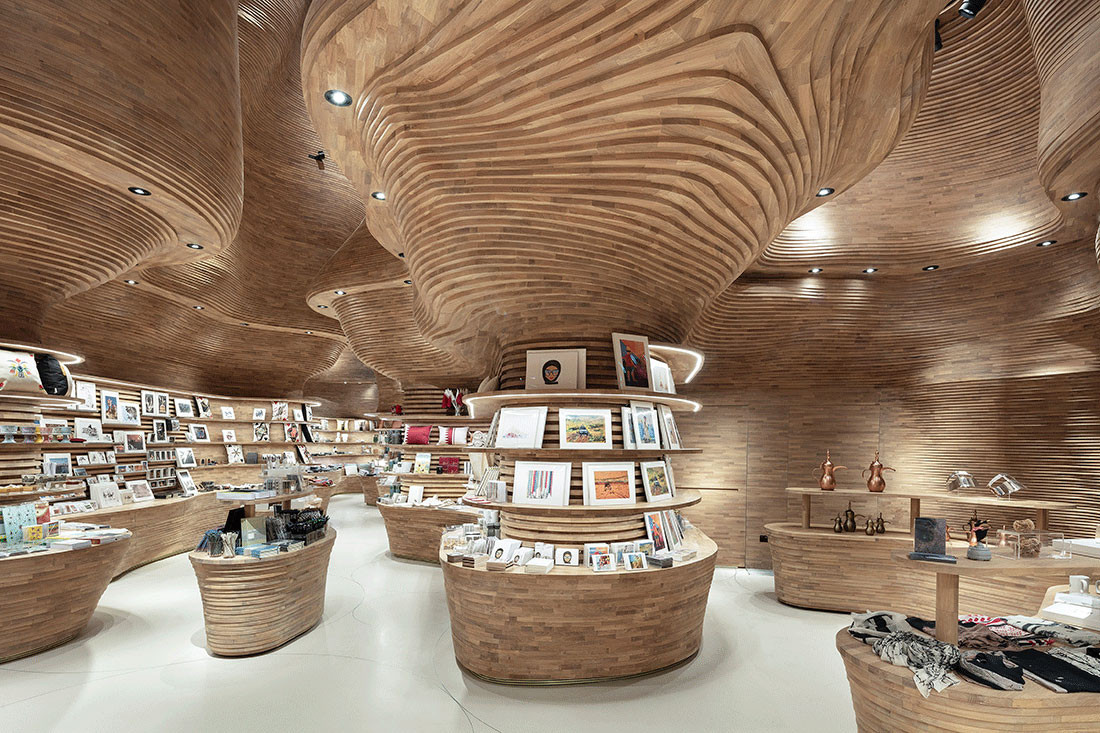 To say that these spaces are amazing would be an understatement – not because they seek the ‘wow factor’ or because they seek to match Nouvel’s extraordinary curvilinear building (according to Takada “there are no straight lines in the building”), but because of the imaginative and sensitive response to their context. “I think the reason they chose us,” says Takada, “was the attitude. Basically, they told me, we were the only ones who tried to respect the Qatari culture. We wanted to create something genuinely Qatari. Also we wanted to tell the story. Because it is a museum, narrative is very important. We cannot create architecture without that context. The only problem was that I didn’t understand the context.” 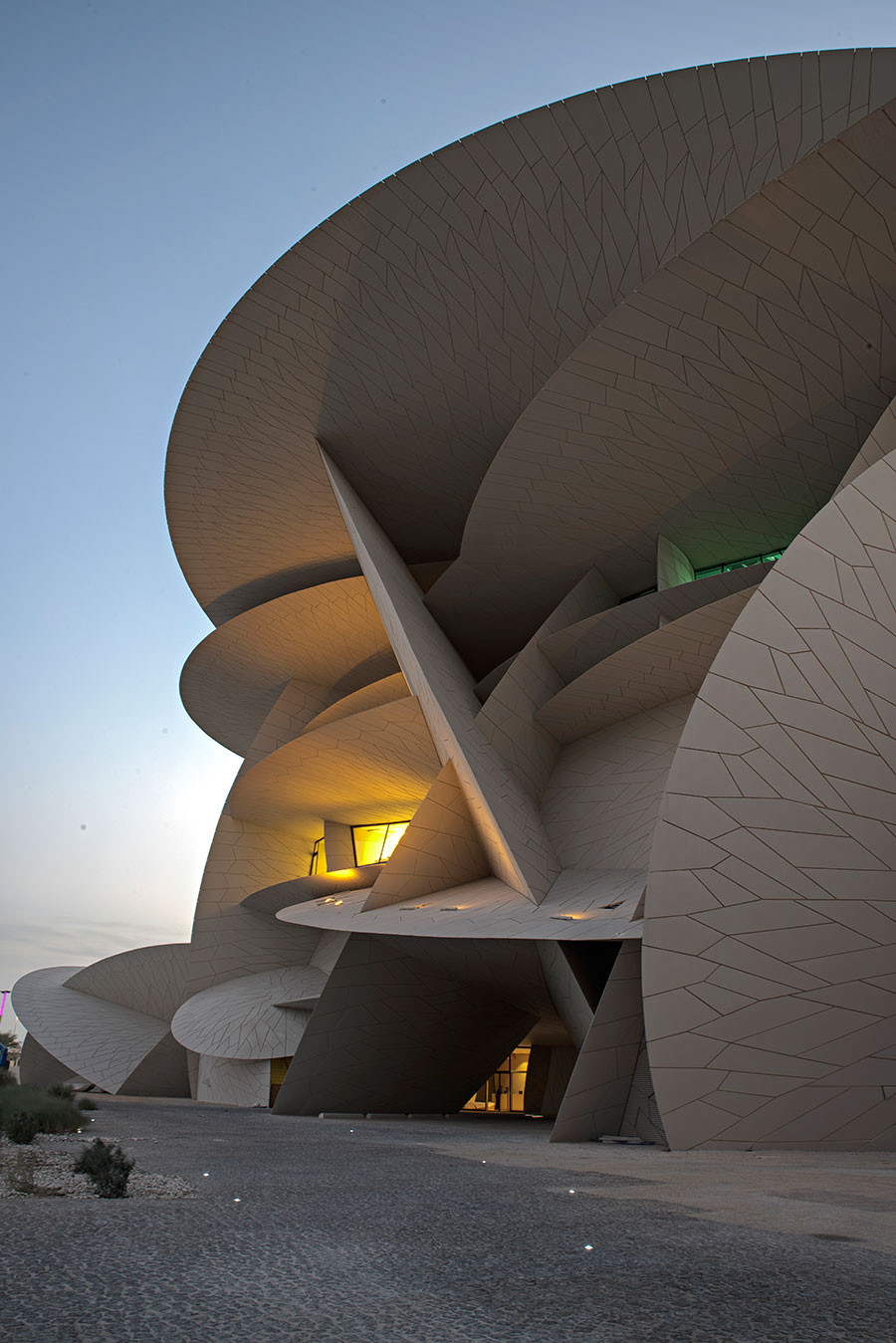 The museum designed by Jean Nouvel is inspired by the ‘desert rose,’ a naturally occurring mineral formation in the desert. Photo by: Oscar Rialubin.

The discovery of oil and gas in the early 1970s transformed Qatar. In the face of rapid change, the royal family now wants to preserve traditional values and the museum, with the theme ‘innovation meets heritage’, is a key part of that agenda by presenting the history and culture of Qatar and helping to make Qatar a cultural hub.

“We wanted to create something genuinely Qatari. Also we wanted to tell the story. Because it is a museum, narrative is very important.” –  Koichi Takada

With the help of the royal family and others, KTA was introduced to the things which make Qatari culture: the desert, the Dahl al Misfir (Cave of Light, a natural underground sanctuary formed from fibrous gypsum crystals suffused with its own light), the traditional Bedouin tent and its tradition of the majilis (floor dining), the love of adornment, and the magical souks or market areas clustered in the narrow, high-walled alleys of the city. As a result of growing familiarity with the culture, the original competition-winning designs evolved significantly. The final result is driven by the design concept of a ‘desert-scape’ and is a powerful, yet intimate cluster of experiential spaces – spaces which embody the museum’s mission. 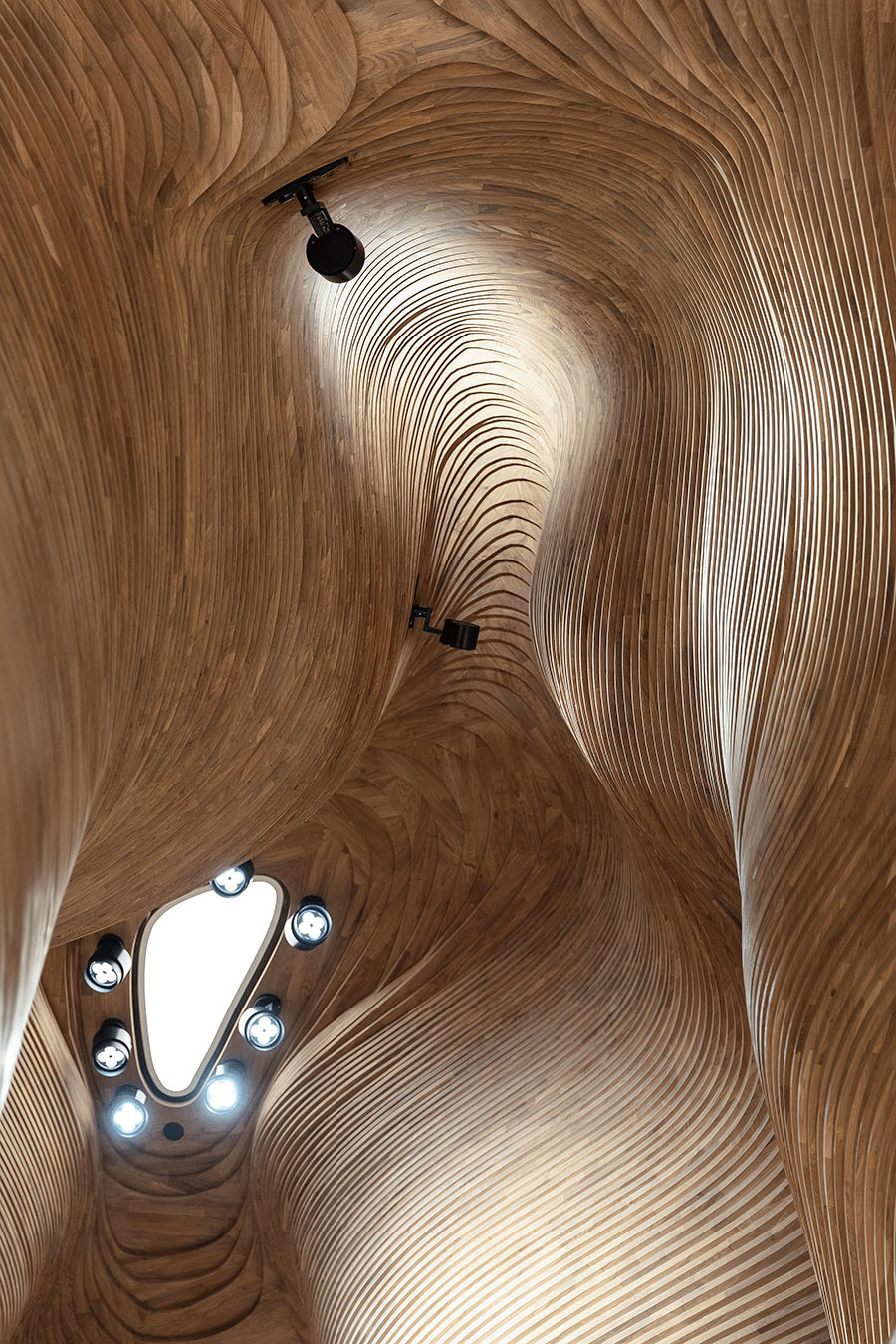 The gift shops were inspired by the Cave of Light and include an eight-metre void which, like the cave, sinuously reaches up towards the light. This void is clad in 40,000 unique pieces of coated, solid European Oak designed and made in Italy by master carpenter Claudio Devoto, and assembled by hand on-site. The joinery and shelving mirror the organic character of the space. It is, says Koichi Takada, “an organic landscape of timber, a three-dimensional jigsaw puzzle”. 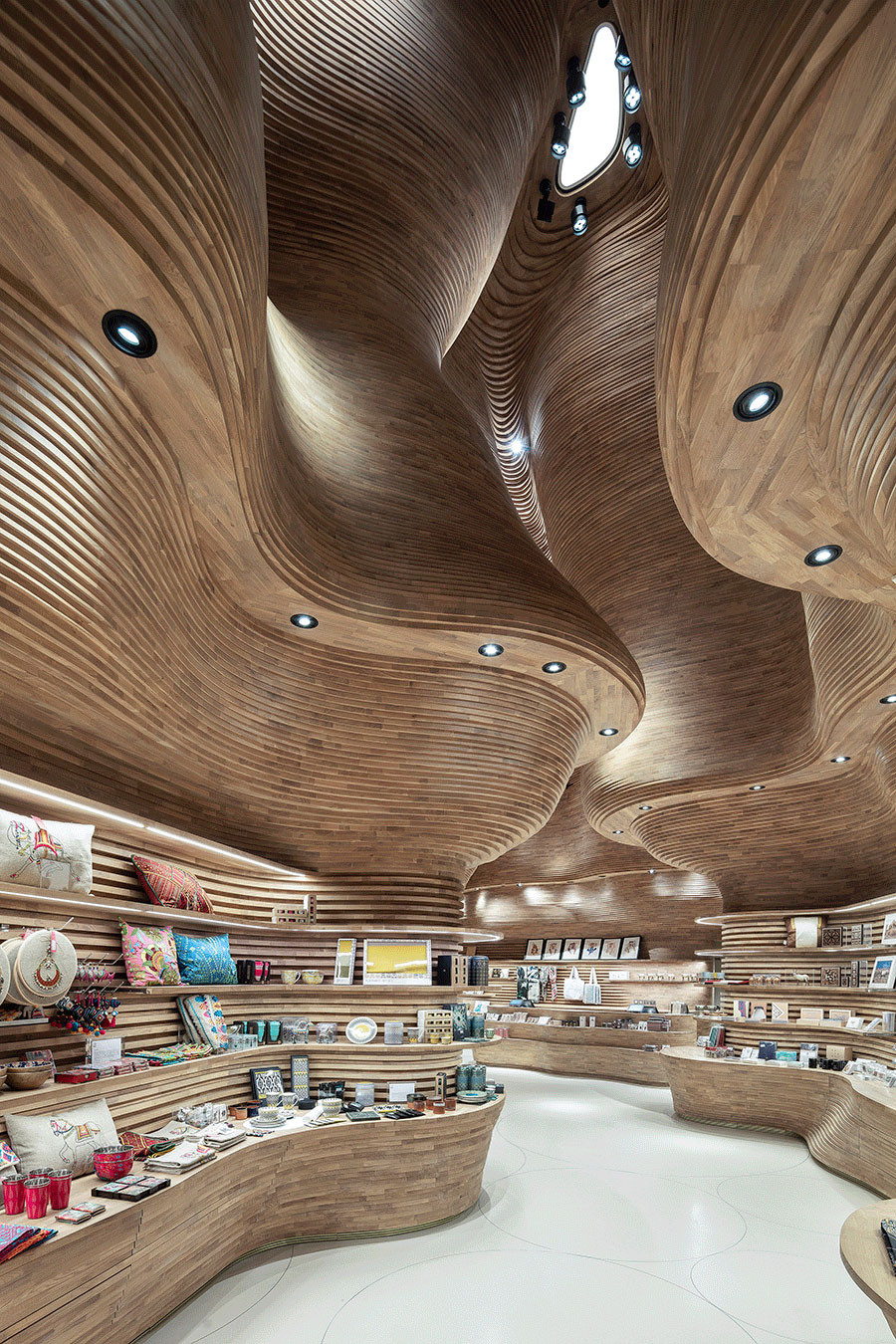 Natural light filters in shards down into the space, making for a constantly changing experience according to the time of day. It also helps turn a functional space into something particularly beautiful, leading Elle Décor editor-in-chief, Whitney Robinson, to describe it as “the world’s most beautiful museum gift shop”. “It needs to work as a shop,” Takada explains, “because this is a business, not just a showcase. And it needs to be part of the context that Jean Nouvel created – and it’s not a typical museum, it’s closely connected to nature, to the desert rose.” 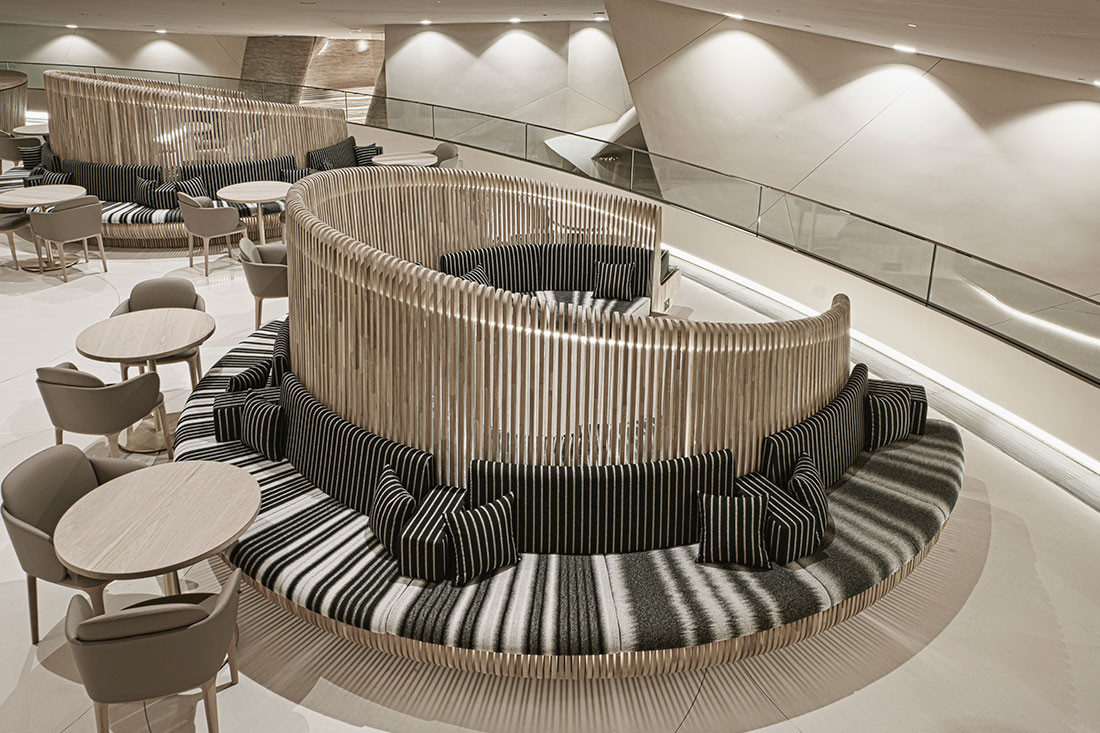 Café 875 responds to the Bedoiun tent, the majilis and traditional medallion rings. Photo by Oscar Rialubin.

For its part, the Café 875 (discreetly located on the mezzanine floor above the museum’s entry lobby) responds to the Bedouin tent, the majilis and traditional medallion rings. These elements blend in with more contemporary café seating with the banquette fabric reflecting that same mix, including the traditional black and white stripes of the Al Sadu weaving heritage.

“It’s not a typical museum, it’s closely connected to nature, to the desert rose.” – Koichi Takada

Koichi Takada talks of a “harmonising architecture” and insists that beyond functionality, it is a case of “how you feel” in a space. Serving such a philosophy is the materiality and the craft with which those materials are assembled – for fine craftsmanship itself puts us in touch with our humanity. The interior spaces at the museum celebrate fine craftsmanship, not in a showy way, but as a driver of intimacy leading to reflection on the experience of the museum and its mission. “The lesson,” says Takada, “is not to forget the roots” and to support the museum’s aim to show Qatar’s past, present and ambitions for the future.

The article originally appeared in #78 of Indesign magazine. See what products and finishes made it into the Dissections. Join our weekly newsletter for more design inspo. 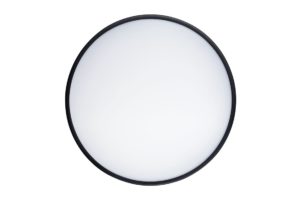 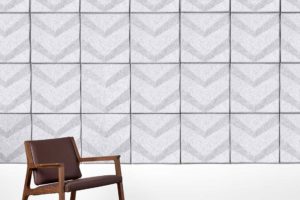 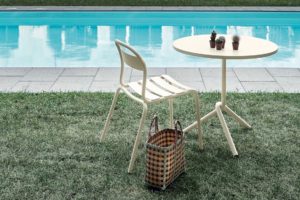 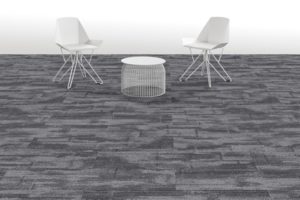 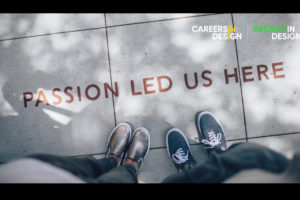 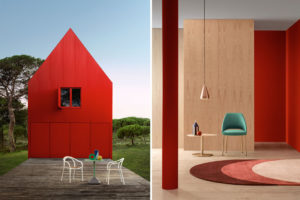 Casa 3000 welcomes you home with a picturesque fairy tale

Set against the wild landscape of the Portuguese region of Alentejo in Alcácer do Sal, Italian furniture brand Pedrali tells the captivating story of #Pedralitales at Casa 3000.