Chatting with Kerstin Thompson at her inner-city Melbourne practice, she’s direct, unpretentious and engaging, and we discover that when she was in high school architecture was just one of many things she wanted to do in life, with psychiatry and drama also high on the list. At the suggestion that these ambitions might be fulfilled within architecture, she says, “Obviously the people part is. I’m fascinated by people and their motivations and their workings and I think if you can’t understand them you can’t make very good buildings for them. Architecture is completely about people.”

As it happened, Thompson was introduced to building and ‘home-making’ as a teenager too. Her mother, together with her uncle who was a builder, used to do up houses, often the Thompson family’s own, and each time the family moved, she remembers marvelling at the way her mother would “set up house very quickly and remarkably well. Within 24 hours [it’d be] like we’d been there for years.” Thompson says her mother was “a good, strong role model – she did amazing things – and I think that was fairly formative.”

It led Thompson to enrol in interior design at RMIT in 1983. She switched to architecture in her second year and by her third, she says, she “became utterly committed and obsessed.” She spent the next 18 months in Italy. She worked with Memphis co-founder Matteo Thun for seven months, and while she wasn’t a particularly big fan of Memphis she took from the experience an appreciation of working across disciplines, (which she translated into landscape, architecture and interiors), and of the application of design at any scale.

Travelling also brought home the realisation that “the lived experience of architecture is just so different to the published experience.” Thompson describes her disappointment at seeing Aldo Rossi’s much-publicised Gallaratese: dull, grey and godforsaken in a thick Milanese fog, with not an ounce of the drama that his drawings led her to expect. Conversely, she was unexpectedly “just blown away by (Le Corbusier’s) Ronchamp, moved to tears, literally.” As a result of many of such instances, she developed “a very keen interest in the lived, or the actual”, as the true measure of architecture.

.
After returning to Australia and designing a few small renovations and a house for her mother in Lorne, the opportunity for Thompson to start her own practice arose in 1994, with a commission to convert a Fitzroy warehouse into seven apartments.
.

The success of that project led to further conversions, an interest in different residential options, and more houses, notably the House at Lake Connewarre, and West Coast House, which both won Harold Desbrowe-Annear Awards. Twenty-one years later, KTA is the kind of workplace Thompson had first found at Robinson Chen, “a place that was serious about architecture [but also] a good place to be.”

As sole principal of an architectural practice, and a woman, Thompson is a rarity. “You’re still scratching to think of high-profile women practitioners who are not in partnership with a guy, but that’s changing quite dramatically at the moment,” she says. “There’s a real shift happening with this next generation of women.” A change she sees being fuelled by social media and by websites like Parlour, which focuses on women in architecture and to which Thompson has contributed. She credits her own success over the years to an innate optimism and a heightened awareness of expectations, motivations and perceptions. “I realised early on you had to be very careful what you did and how you did things. You have to be particularly mindful of stereotypes – and [go about] undoing them.”

One of those stereotypes is that women can do housing because the home is a feminine realm. “I’m fascinated by that realm, and deeply committed to it,” says Thompson, “but I also think women have a role in the public realm.” Around the mid-2000s, refusing to be pigeonholed in the field, she began knocking back housing projects to start a push into the public sector. The transition was far from easy but after winning various competitions and commissions, that then won awards, she turned the practice around.

.
Today housing represents just 20 to 30 percent of KTA’s work, a mix Thompson is happy with.
.

But what is it that distinguishes KTA’s work? Put simply, Thompson’s approach is to enhance people’s lives through the pleasurable experience of place. She also believes architecture has a civic responsibility. “Even a private house can contribute to the bigger context,” she says, and she’ll look for a civic opportunity in every project they do. Thompson’s idea of ‘architecture as experience’ thus embraces the built structure, inside and out, and makes the surrounding landscape an integral part of the design work. “I’m always thinking about how a building will connect with what’s around it,” she says, pointing to the firm’s design for a police station in Maryville as an example: “It sits on the edge of a park, helps define the parkland, but also connects with the park. It’s like stitching together the street and the park and the people, so I often think of architecture as a thread that ties things together.”

.
In many high-profile practices “a huge amount of architectural effort and thinking goes into quite complex detailing,” but on the contrary, Thompson isn’t the least bit interested in fancy finishes or complicated detailing.
.

Nor is she fussed over luxury hardware or fittings. She’d much rather spend her time, and her clients’ money, on the big picture, creating beautiful spaces. “Beautiful space is extraordinarily uplifting,” she says. “[Often] we don’t even know why we feel good when we go into it, but that’s the subliminal effect. I’d rather [focus on] the form of the building, the light, the relationships between the spaces, between inside and out. Others do it differently, but that’s my position,” she says, and even with a lavish budget she’d do the same.

In practical terms, this big-picture approach is also very cost-effective. Thompson sets out to provide only the necessary essentials of a building to support her clients’ needs – what she calls “the bones of a project” – irrespective of whether it’s housing or in the public realm, because she believes the embellishment, the finishing touches, should come from what the people who use the space bring with them. “I have a deep interest,” says Thompson, “in the way people take this pretty lean beginning that we give them and make it their own – it’s an amazing process.” And the role of the architect, as she sees it, is to understand the clients so well that ‘the bones’ are a perfect fit for them.

Kerstin Thompson was featured as a Luminary in issue #63 of Indesign, this is an abridged version. 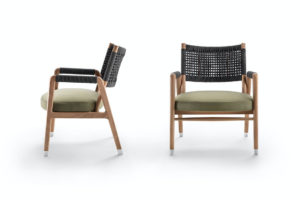 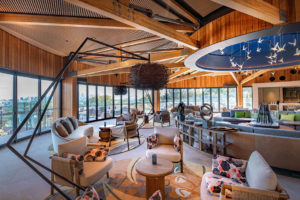 Grounded Luxury: The role of rugs in hotel design

The modern hotel experience is not what it used to be. Design, ergonomics and lived experiences inform all aspects of hotels, with everything from check-in to the pillows you sleep on driving a human-centric model of hospitality. With the help of Designer Rugs, we find out more. 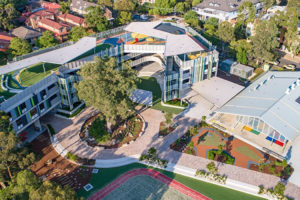 With a focus on encouraging creativity, independent learning and connection to the outdoors, a number of innovative school designs have been shortlisted in this year’s NSW Architecture Awards.