We are used to high-rise living and high-rise working, but what about high-density schools? What’s the big hoo-ha and is it justified? Hayball’s design of two new vertical schools in Melbourne rethinks the education model for densifying urban environments, how a school operates in its community and what it provides. 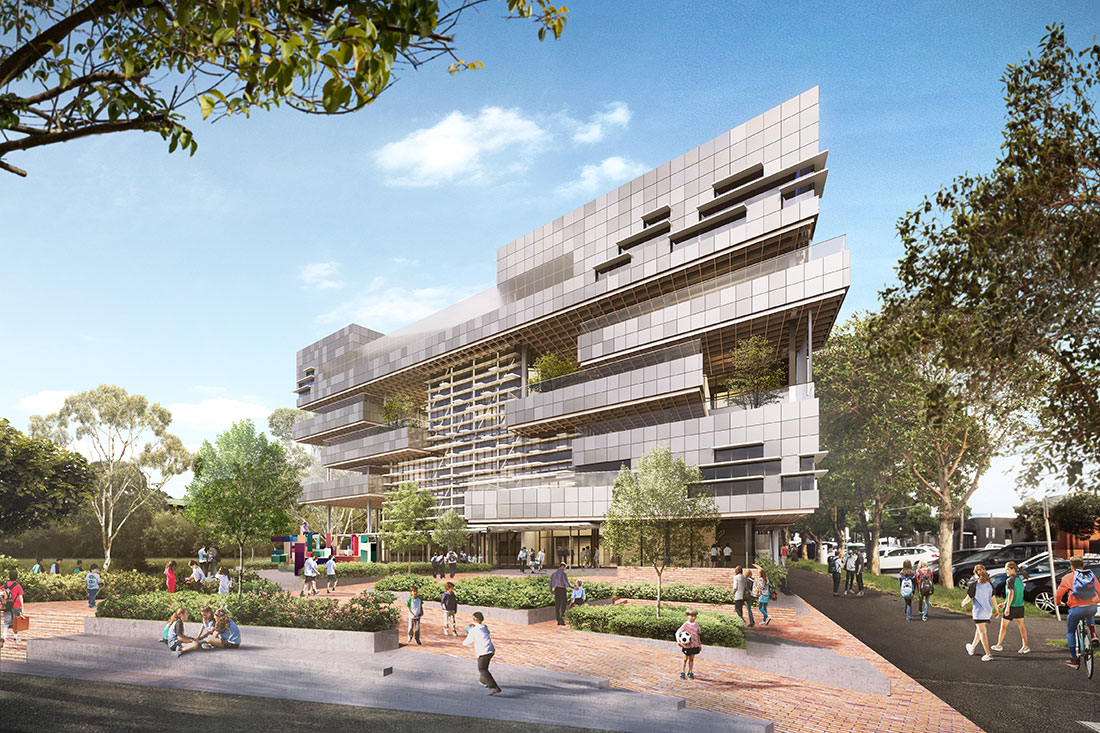 There are around 10 high-density schools currently on the drawing board in Australia. As a relatively new education model domestically, it’s inevitable that questions arise about how security, viewlines, noise and air pollution, socialisation, play space and outdoor exposure will be managed in vertical schools.

Richard Leonard, a director of Hayball says the growing presence of high-density schools is being driven by land cost and availability amidst a “confluence” of factors. “The densification of cities and new urban developments is also coinciding with the re-imagination of what schools are providing, what they deliver and how they work within the urban and the community context,” he says.

In dense inner urban areas “there is a need to define the best use of budget and what that means in terms of 21st Century education and in making those facilities a significant part of the social infrastructure.” And while Leonard believes debate is warranted, “the debate is more about ensuring there is appropriate access to amenity and aspects challenged by smaller sites.” It’s pragmatic. “We have to accept that high-density schools are going to be part of our landscape,” in inner, middle and outer ring suburbs, he asserts.

Despite the presumption of space in the outer ring, whether or not a low-density school is the appropriate model, must be considered, says David Tweedie, co-director at Hayball. “A school is basically a critical community facility that is a place for learning – locating it in the right place is much more important than how much land area it has.”

Almost by default in growing areas, Leonard suggests that “school buildings are going to have to be more than just a school and with the need for cost effective social infrastructure, these are prime opportunities to develop different models.”

“Whether it’s the school design itself, or how it fits in the community, what size or how high it is or the amenities offered – it’s all around reimagining a new model of school and community.”

Australia’s population is “booming.” To meet demand, Peter Goss of the Grattan Institute forecasts a need for up to 750 new schools by 2026. For designers, opportunities in the education sector will carry the responsibility to create social infrastructure that works as hard as it can. On completion in 2018, Hayball’s design of South Melbourne Primary School and Richmond High School for the Department of Education & Training (Victoria), is on the front foot.

Extensive consultation informed the amenity mix for the six-storey building from the standpoint – “what could we imagine this community would need that it wouldn’t have?” The model acknowledges, “thatnot everything can be or has to be provided on the school site,” stresses Leonard. “As a society we cannot afford to duplicate resources anymore.” Two levels are community spaces encompassing a maternal and child health centre; four levels are dedicated education spaces; and there’s an early learning centre on the top storey. Some of the components suited to co-sharing include multi-purpose community rooms, art rooms, library, music spaces, a garden area, canteen, kitchen and full-scale, indoor and outdoor multi-purpose sports courts.

Each floor of the school consists of two learning communities and an external learning space. Emphatically not open plan, this contemporary education setting features “a rich variety of interconnected learning spaces that provide a number of possibilities,” Leonard affirms. Some are more formal classroom type spaces, others, “suggestive of purpose” – support different ways of teaching and learning.

The decision made by the Department of Education & Training and the City of Port Phillip, to opt for a fully integrated school and community facility, was “brave” and “genius” says Leonard – given each party’s unique objectives and funding cycles.

Richmond High School is a new, vertical secondary school that’s being inserted into the dense and densifying inner Melbourne suburb, Richmond. Again, acceptance from the get go that not all education programs can be provided, led to the creation of a different and contemporary education experience and facilities needed by the community in the 21st and 22nd Century.

“A refocus of some of the technology facilities into a more integrated whole” is one approach that reflects today’s more interdisciplinary way of working explains Tweedie. There’s also a culture of curriculum sharing and specialisation, as one school in a network of schools and tapping in to existing community facilities.

Spaces that relate most naturally to the community such as performing arts, are located on the ground level of the four storey academic precinct while the competition-standard netball courts in the multi-purpose sporting facility, will attract after hours use. Thinking about the school as being a community asset, not as a school that’s only occupied in school days, is a “quantum leap” in education design Tweedie says.

The design strategies that firms like Hayball are pioneering, serve as nice reminder that maybe we all need to ‘calm down’ a bit and not get too caught up the hysteria surrounding this new model. We as an industry need to lead from the front – stop jumping to criticise the vertical education movement, and remain optimistic about our capability to problem-solve, like Hayball is, in ensuring that the future of these new models is successful. 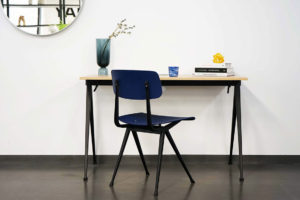 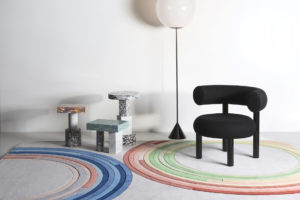