A set of hotel reinventions and heritage reimaginings is emerging in Sydney, revealing the harbour city’s more exciting, cultural side. The idea for an alternative to big chain hotels was probably inspired by New York’s historic Chelsea Hotel – but it was Studio 54 entrepreneur and property developer Ian Schrager who unofficially coined the term ‘boutique hotel’ to describe his reinvention of the Executive hotel on Madison Avenue in the 1980s. Now the concept is in vogue in varying styles throughout the world. Boutique hotels stand out for their intuitive, localised settings, warm service, individually designed lobbies, covetable gift stores, star chefs, art collections and inventive mini bars.

In Australia, Nectar and Jonathan Efkarpidis’ passionately considered Canberra development Hotel Hotel has set the pace. Designed by Fender Katsalidis Architects in collaboration with Molonglo Group, and opened in 2013, the entire operation features contributions from some 30-design teams, working across architecture, graphics, interiors, art, food and production. It’s a place to stay, but a destination too – brimming with artwork, events, and culinary epxeriences.

Despite a flourishing foodie scene (George Livissianis’ chalk hued Cho Cho San, for example), Sydney has been largely left out with just a small cohort of towering, tired mega complexes dotted along George Street and Circular Quay. That is, until very recently. A set of hotel reinventions and heritage reimaginings is emerging in Sydney, revealing the harbour city’s more exciting, cultural side.

Designed by Tonkin Zulaikha Architects, The Old Clare is described as ‘a collection of buildings, linked to each other and woven into the city’. The design sews together the former Carlton United Brewery Administration Building and the County Clare pub, covering the laneway in between. Designed as a destination, the hotel features three restaurants, a rooftop pool and bar, and ground level saloon bar. Similarly to Hotel Hotel, the finished venture is the result of a careful collection of contributing artisans, artists, designers, creative types and project managers. The hotel features sculptural, bespoke joinery by Elan, restaurant interiors by Matt Machine and GP2 Projects, custom pendant lights by .PSLAB, and repurposed chandeliers and lamps by Paul Firbank, AKA the Rag and Bone Man. Primus Hotel
A building that once housed the offices of the Sydney Metropolitan Sewerage and Drainage Board on Pitt Street in Sydney has been reimagined as a new, luxury design hotel. Designed by Woods Bagot, the Primus Hotel has been labelled as Sydney’s version of the Waldorf Astoria. Using a modern interpretation of Art Deco Styles and motifs, the hotel features 172 suites, a restaurant, bar, and rooftop pool. Hotel Palisade
Hotel Palisade harbours a rich history of Sydney. Set on the high cliffside of The Rocks, the hotel served as a lodge for engineers involved with the construction of the Sydney Harbour Bridge, and as a preferred watering hole for ANZAC soldiers en route to the battle field, as well as port workers. To mark its 100 year anniversary, the hotel underwent a major refurbishment, imagined by architect Alex Popov of Popov Bass (also responsible for Surry Hills’ sought after Griffiths Teas residential apartments). Interiors by of the moment designer Sibella Court pay homage to the building’s maritime roots; there is an enclosed glass rooftop bar and eatery, expansive water views, and just eight suites spread over two levels. QT Bondi
Featuring 69 individually styled rooms, QT’s second Sydney boutique design hotel was also designed by Nic Graham. In keeping with the hotel’s beachside locale, a Bondi Beach photo collage and surf reels by artist Shaun Gladwell have been installed in the lobby, while the colour palette for each room is made up of fresh, beachy pastels and bright, all-white walls. 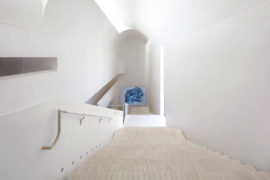 Who Won At The Inaugural INDE.Awards?

On Friday 30th June, we announced winners of the very first INDE.Awards program. Couldn’t make it? Don’t stress! Here are your offIcial 2017 winners… 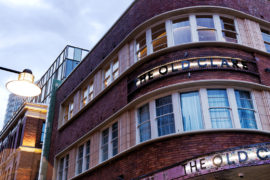 Explore some of Sydney’s best heritage and industrial reinventions, and pause for lunch at one of its rising culinary stars.