Grimshaw, as part of a consortium led by Aurecon, has been appointed by Auckland Transport as Principal Technical Advisor the Auckland City Rail Link. The City Rail Link project represents a NZD 2.86b investment in Auckland’s transport infrastructure that will help shape Auckland’s future and drive economic growth.

Grimshaw, as part of a consortium led by Aurecon, has been appointed by Auckland Transport as Principal Technical Advisor the Auckland City Rail Link. The City Rail Link project represents a NZD 2.86b investment in Auckland’s transport infrastructure that will help shape Auckland’s future and drive economic growth.

The consortium, which includes Mott MacDonald and Jasmax, is undertaking the reference design for the 3.5km underground rail link. Grimshaw and New Zealand architects Jasmax are leading the concept design for the station architecture and urban interface for the project. Other components of the reference design include support services for the civils work, E&M, signalling and communications, electrification, safety systems, and risk management.

The City Rail Link will complete the “missing link” on Auckland’s double rail network and connect Britomart station to Eden Terrace. The project includes three new city centre stations and modifications to the existing Britomart station, allowing for six trains per hour from most Auckland stations.

Grimshaw Partner Neil Stonell, said, “The City Rail Link project is transformative in the development of the Auckland Rail system, significantly improving capacity and giving people greater choice in city access, along with advancing urban development and regeneration potential. We are excited to be involved in this most significant project for the people and economy of Auckland.” 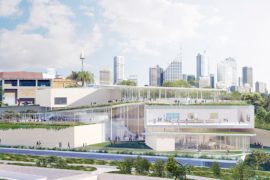 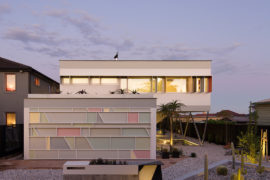 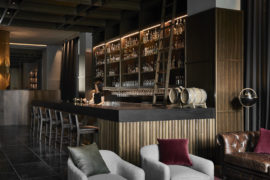 Elton Group’s sustainably produced timber veneer creates a welcoming ‘home away from home’ for travellers at Next Hotel Melbourne that references the rich artisanal history of Collins Street.