On a surprisingly warm winter’s day in Melbourne, Simone Leamon was one of the crowd attending the launch of Ronnie Lacham’s exhibition at Craft Victoria who were reminded that design can inspire wonder and captivate through the simplest of gestures – in Lacham’s case the inclusion of a flower in each item of furniture.

Titled Between Spaces and Vases Ronnie Lacham’s new work was conceived in New York in 2005 whilst undertaking the prestigious Australia Council studio residency at Greene Street.

Lacham spent his formative years in Israel training in mechanical engineering and industrial design, receiving his Bachelor’s degree from Bezalel Academy of Art and Design in Jerusalem. Returning to Australia in 2003, he completed a Master of Fine Arts in furniture design at the Tasmanian School of Art in Hobart. Lying low on the Australian radar, Lacham’s work has been published and presented in Europe, acquiring international notoriety for his re-working of furniture archetypes.

In 2003, Lacham’s School Chair was included in Designboom’s compiled history of the Rocking Chair alongside some of the biggest names in design.

Dedicating the past 12 months to conceptualising his new body of work, Between Spaces and Vases is connected to Lacham’s inner world as an artist and demonstrates his rigorous approach to design.

Comprising of 20 handcrafted pieces in timber, the work adheres to a strict code of visual elements. Drawing on familiar images of domestic furniture, Lacham merged the archetypes of the seat, bench, pedestal and table with small spherical vessels to produce an original collection of display structures for flowers.

Alluding to architectural and artistic achievements of the 20th Century, Lacham frames a dialogue between icons of the metropolis, the concept of the vase and the human body…. 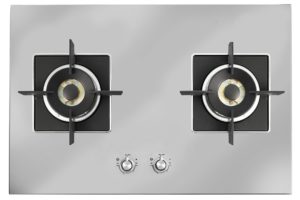 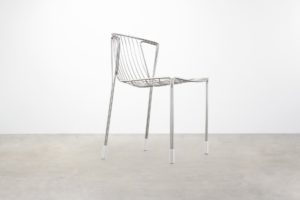 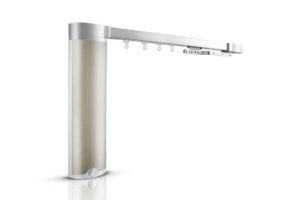 The short list of products in the Launch Pad Competition has been announced.

Third Drawer Down ’Sold Out’

Clinker is a fun lozenge shape pendant lamp with a serious side.

It is with great sadness that the Indesign team shares news of the loss of a long-standing friend and one of the local A&D community’s well-known, much-loved faces. The sudden passing of Todd Stewart, a leader in the Australian lighting industry, has shocked all who had the pleasure of knowing him. Over many years Todd […]