Our history starts in 1982, when Sydney house painter Peter Lewis began making traditional lime washes in a small garage in Randwick, after having discovered old paint recipes in his grandfather's diaries.

Fred Porter was a builder, and it was during his European travels that he collected details of building techniques and paint finishes.

It was shortly after his death that Peter discovered the diaries, found the recipes for traditional paints and decided to produce improved versions.

Porter’s Paints now has nine stores in Sydney, Melbourne and Brisbane and our paint and wallpaper is sold in over 100 speciality paint and decorating stores across Australia.

We also proudly export our products to distributors in New Zealand, Asia, USA and the United Kingdom.

Click the locations below for more information on each showroom.

Porter’s Paints has nine stores in Sydney, Melbourne and Brisbane and our paint and wallpaper is sold in over 100 speciality paint and decorating stores across Australia.

Want to know what made the spec’ schedule for all our featured projects? 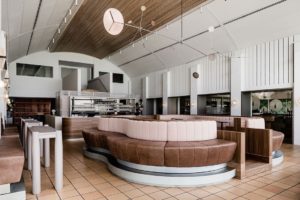 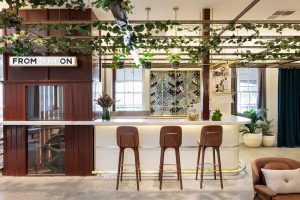 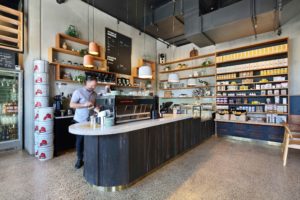 Charming and cute, we outline all the FF&E specified in Samantha Eades’ Staple Cafe in St Kilda. 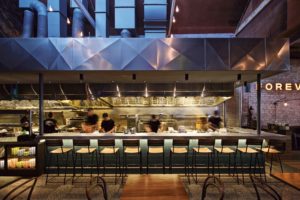 The success of any restaurant is judged on that unique combination of food, service and fit-out. But just as important are the bathrooms which, in the case of Hawker Hall, actively contribute to the socially energised atmosphere.