There was high demand for interviews with Toyo Ito at Hong Kong Business of Design Week 2018. In a group session, the eminent Japanese architect answered a variety of questions about key aspects of architecture and practice.

On the function of spaces.

Toyo Ito: “Function is a very twentieth-century notion. In terms of space, when you brand it with a function, it becomes very segregated. For example, in a residential project, if you brand one space as a place to eat and another as a place to sleep, it becomes very restrictive. I’d rather create different spaces of different qualities so people can choose what they want to do. In nature, you can do whatever you feel you want to do in a space.”

On a connection between architecture and nature.

Toyo Ito: “Although I make buildings with timber a lot, I mainly use steel, glass and concrete. But it’s still possible to make architecture that has a connection with nature with those materials. When we create something man-made, it’s always instructed by a man-made geometry and things that are foreign to nature. Some people in the modern tradition became egotistical about man-made things. Before modernism, Asian architecture had more respect for nature. I’m always thinking of how to achieve that – to respect nature wherever possible. Creating place is more about the spatial quality. That’s what I’m driving for.” On the development of his projects.

Toyo Ito: “There’s a limit to how much you can come up with as an individual. That’s why I treasure the team effort. For every project, I create a team. Rather than say specifically what to do, I loosely define a concept or direction, and then the project develops through having a conversation with the staff every day. The project will develop slowly, and usually, it will develop in a direction I never would have thought it would go, which is very exciting.”

Toyo Ito: “Sometimes projects are pushed to be very productive for the sake of economic performance and efficient performance. Maybe that’s ok, but the projects our office does are not exactly productivity based. A society that focuses only on productivity becomes quite dull; it’s based on just doing things faster. Sometimes it’s good to have something that is extra – even if it’s not efficient, it could make people’s lives more free. Time can be slower. Our job at the firm is to find that relaxation time; not everything has to be so fast.

“Right now we’re working on a project in Singapore. It’s for NTU – a 40,000-square-metre building for the business school and it’s all in wood.

Singapore is a city that focuses on efficiency but at the same time, it wants to do a lot of new and challenging things. That’s very important to me and it’s fascinating for a country to do so.”

Toyo Ito: “At the planning stage of a project, there’s a need to consider a maintenance plan and think years into the future. In Japan, it’s become very extreme; you are asked about how to do maintenance from the very beginning. But when this question is raised too much, it makes it very difficult – it prevents you from being innovative. Japan is becoming a society where it’s becoming harder to be innovative. I don’t want to make architecture for the sake of maintenance.” On the problems of megacities.

Toyo Ito: “There’s not a typological answer to the problems of megacities. In Tokyo, according to demographic research, over 40 per cent of the population wants to move back to the countryside [many of them young people]… But currently, the countryside of Japan has very little economic activity and the living conditions might not be as evolved as they are in Tokyo. There are few sustainable businesses.

“If living conditions could be improved and if there were more sustainable businesses in those areas, I think a lot of people would leave the big cities. It could be a solution to some of the problems of megacities, which are overcrowded and monotonous… On the architect’s responsibility in an urbanised world.

Toyo Ito: “There are forecasts that in the 2030s, there will be a decrease in world population growth. But high-rises and big developments still continue to happen. I wonder what drives them when there is not such a need anymore. Maybe it’s just because the global economy is running the whole thing. If they stopped developing these projects, maybe the global economy would collapse. So we keep urbanising without thinking about the consequences. Maybe 10 or 20 years later, it will become a horrid situation…

“I want to think more about the relationship between architecture and nature, and between people and architecture, and how to create good architecture that achieves that and brings people happiness. Architects should think before being driven by the snowballing effect of urbanisation.” 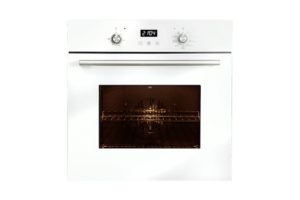 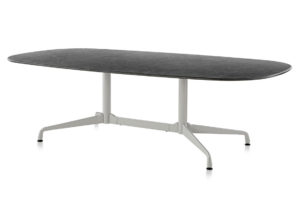 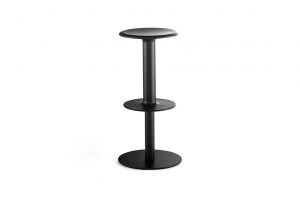 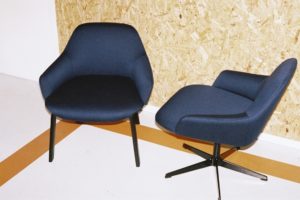 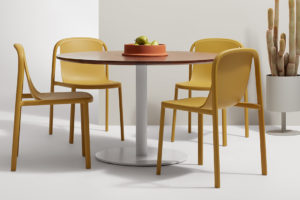