Employing some design influenced by nature can greatly improve the wellbeing, and aesthetics, of the modern office as these 5 ideas prove…

The modern office can be thought of as a tribute to the ability of the human-designed world. Architecture as a science and art form is so often about how we can bend the natural elements of life to our whims – to live, work and play better. This is, of course, an important facet of our community, but embracing design influenced by nature can improve a space significantly.

If, in the design community, we see nature not as something to overcome, but something to work within office spaces – the results can be astounding; improving aesthetics, airflow, employee satisfaction, productivity and more. Here are Indesign’s top 5 examples of office design influenced by nature to inspire your next project…

Compass Financial Services was after a comfortable and relaxed fit-out for its cosy Western Sydney headquarters, and the result from ddc is a lesson in holistic design where space and budget are limited. The team at ddc architecture + interiors was approached to create a relaxed work environment maximizing on the limited 75-square-metre space of the existing concrete shell, and to do so on a lean budget. Essential to the fit-out was a welcoming space for clients, a meeting room, kitchenette, ample storage for staff, and a breakout space and hot-desking areas. The resulting design sees nature-inspired design peppered throughout the space, with custom birch plywood feature walling, and planter boxes throughout. This greenery adds an essential softness to the blank expanse of space along the front of the office.

Designed by Gensler, Dropbox Sydney’s office is based on the concept of the workplace as home and features design influenced by nature throughout its impressive space. Professional yet relaxed with a domestic aesthetic showcasing the brand’s values and culture, the design establishes a sense of place and belonging. The various functional spaces are like rooms that one would find in a house – a kitchen, lounge, courtyard, and dining room – while workstations, meetings rooms and other formal and informal spaces cater to different work styles and perspectives. Importantly, a patio-like courtyard helps relieve stress with greenery and a connection to the outdoors. These connections to the greater world outside are important aesthetically, allowing light to showcase the design in full, but also in serving as moments of escape for employees.

Including design influenced by nature doesn’t need to be a huge undertaking. While many exemplary projects begin with a presence of the natural world that is imbued in the design from the ground up, existing spaces can channel the aesthetics and benefits of nature with ease. Planters, like the Globe Plater from Krost, make incorporating plants into the workplace easy. The Globe, with a steel construction, can be perfectly fitted to tambour doors and sliding door units. Aesthetically pleasing but small-space effective, the addition of a simple series of planters has been shown to help improve the quality of the air, reduce the levels of noise in an open-plan office and alleviate stress.

An extraordinarily bold interpretation of how to bring the natural world into the built environment, Albert France-Lanord Architects built Pionen into the inside of a mountain cave; a disused bomb shelter from the cold war! Situated a huge 30-metres underneath the granite rocks of the Vita Berg Park in Stockholm, the Bahnhof Internet service provider channels the true intensity of nature in its space. In an inspired and practical embracing of its surrounds, the design uses the very rock of the mountain to host servers and keep them cool, while serving as a unique and charming office space. The starting point of the project was to consider the rock as a living organism and allow for the best elements from earth to be peppered throughout: light, plants, water and technology.

When Klein Dytham Architecture had to design a large multi-level office space for advertising agencies TBWA and Hakuhodo, it was clear a typical build wouldn’t suffice. The Tokyo-based office is located in a unique space – that is, an eight-story amusement centre! Greenery and whimsical project rooms define the two floors in the centre of the building that the office spaces occupy. Being stuck in between existing amusement areas, the introduction of naturally-inspired design flourishes were essential to the design. From the wooden floors, to the offices that emerge like small grassy knolls covered in moss, this is an inspired example of how to channel the beauty of nature in the unlikeliest of places. Finally, the inclusion of a wide staircase between the levels descends into a central park running down the centre of the building – because we all deserve a touch of nature, even in the concrete jungle. 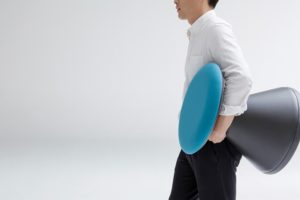 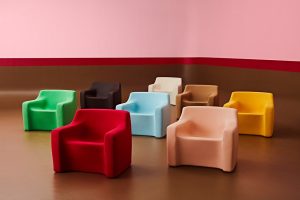 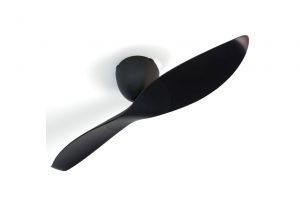 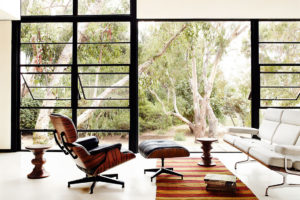 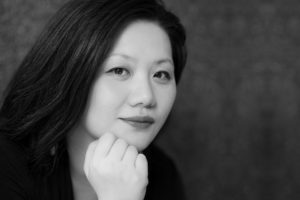