Did You Know The World’s Most Famous Chair is a Hollywood Icon?!

Graced by the derrieres of Hollywood’s Golden Age, this chair has been everywhere from the Yankee Stadium to Stalinist Russia … and, now, your home!

My job is weird.

When I became an editor, I never imagined that my day-to-day would be quite like how it ended up turning out. That misprision, admittedly, was all my own doing. But, I am nonetheless amazed every day by where I sometimes find myself.

Yes, my job is a lot of emails and phone-calls, a lot of Microsoft Office Suite and Adobe, a lot of biros and notepads, shorthand transcription and running around frantically as we send an issue of the magazine to print. It’s a lot of picking the brains of some very inspiring people and viewing some truly exceptional visionaries at work. On the best days, however, it’s archival work.

You see, the lion’s share of my job is research. And, while most appear to abhor this aspect of meticulous reconnaissance, I can’t seem to tear myself away. I often find myself in the oddest places: everything from trawling the national architecture library, fighting with Donald Trump’s press office or Skype-ing NASA personnel. Last week, I found myself going through the Playboy archives to come across this line: “you sink into a voluptuous luxury that few mortals since Nero have known” (Playboy, May 1961).

Knowing its provenance, you’d be forgiven thinking the writer referred to any number of the women populating the pages of Playboy. Oddly enough, however, the writer in question was referring to a chair.

When the Eames Lounge and Ottoman were introduced into the world in 1956, they captivated the market quite unlike anything anyone reasonably expected. Having just celebrated their 60th birthday last year, the pieces still remain unquestioned icons of design that grace museums, penthouses and executive offices the world over. In continuous production since its inaugural release, the Eames Lounge and Ottoman are, at once, universally distinguishable and widely renowned for being a hallmark of twentieth-century design. But, thanks to my absurd trawl through the Playboy archives, I discovered a story behind the iconic chair that will amaze you.

It all started with Billy Wilder – beloved darling for many a cinephile – the Hollywood director of classics such as the award-winning The Apartment (1960), Some Like It Hot (1959) and Sabrina (1954) . After Charles and Ray Eames visited the director on set at Paramount Studios during the filming of Sabrina (starring Audrey Hepburn, Humphrey Bogart and William Holden), they unbeknownst to him watched as Wilder cobbled together a makeshift lounge-chair out of bits of old clapper board, his director’s chair, a piece of canvas from an old set and cushions to nap upon in-between long and arduous takes. Ray, in particular, was known to constantly admonish Wilder for his workaholic behaviours on his endless days and nights on the Paramount lot.

The year before (1952), the couple gifted a modernist chair to Wilder – one that they loved so much that Charles Eames was known to be jealous of not having designed it himself. Based on a similar design to that chair (which, unfortunately, has been lost to the annals of history), the first prototype of the Eames Lounge and Ottoman was given to Wilder by the powerhouse-duo as a birthday gift and remains in the Wilder Estate to date.

“Charles used to say they learned more about architecture from watching a Billy Wilder film than talking to most architects,” says Eames Demetrios, grand-son of the Eames and director of the Eames Foundation. The Eames and the Wilders worked together on several occasions – they designed the Wilders a house, attended their wedding and even joined them on their honeymoon(!). Charles worked on Wilder’s biography The Spirit of Saint-Louis (1957) and Wilder collaborated with Eames for the American National Exhibition in Moscow (1959) to exhibit films they’d made of everyday American life on an enormous mutlimedia installation across7 movie screens (it’s not hard for one to imagine how impressive and eye-opening the films were to the Soviet audience living out their post-war days under Stalin). Eames himself designed the opening credits and title screens for the Gary Cooper and Audrey Hepburn film Love In The Afternoon (1957) and collaborated with the Paramount studio to design sets (from small interior sets of domestic homes, to entire cityscapes).

But the Hollywood connection for the Eames Lounge and Ottoman doesn’t stop with Wilder. On the Paramount lot, there are tales of Marilyn Monroe having her photograph taken sitting in one, flicking through her script. Julian Blaustein (big-time Hollywood producer) was invited by Paramount to their offices to review scripts and, while sitting in a test for the lounge, fell asleep. Blaustein was apparently embarrassed, but Ray Eames remembers only Charles’ elation. You see, their design was balanced between comfort and utility; capacious enough to take advantage of a quick kip, but narrow enough to ensure you’d awake before slipping into a deep sleep by having your arms fall suddenly outside the frame.

But ultimately, the design was the result of the Eames’ pioneering innovations in the field of moulding plywood and a conjoined desire to improve upon the most cumbersome (and for many, the most unsightly) element in living rooms across the world: the lounge chair. According to Charles Eames, their intention rested on wanting to create “a special refuge from the strains of modern living” – a desire which many in the design industry still strive to achieve and a sure-fire sign that vouches for the piece’s iconic place in industrial design history.

Through super-heating the wood and then bending it into what was then thought to be impossibly symmetrical forms and smooth, sweeping vital lines, the undulating seat and the curvature of the backrest aimed to trounce off the paradox Charles Eames sought for all of the studio’s designs: an unimpeachable balance struck between contemporary technical process and ancient, natural forms.

And yet, for all of the Hollywood associations that pepper this chair’s little history, it probably was accidental. After all, according to Eames it was meant to reflect the “warm receptive look of a well-used first baseman’s mitt”.

In any case, few would deny that the Eames Lounge and Ottoman are undeniably a box office hit.

The Eames Lounge and Ottoman are available throughout Australia thanks to Living Edge.

A version of this article was originally published in April 15th issue of McGrath Magazine. 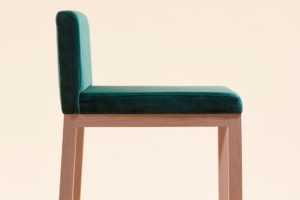 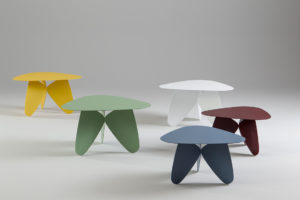 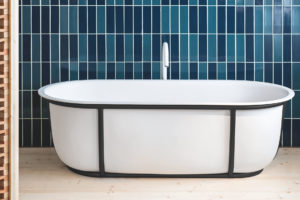 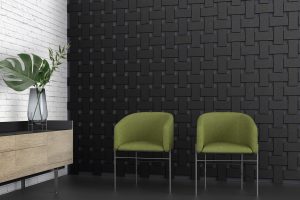 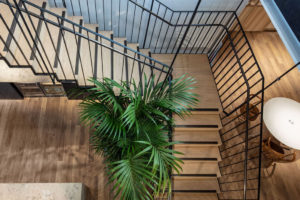 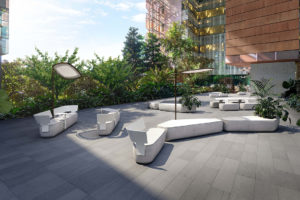 The Scape Collection by Adam Goodrum showcases design innovation through function, versatility and inimitable style – making it worthy of winning the Best in Class Accolade Award in our industry’s most prestigious design event.